Editor's Info:
Critics Pass Away is Baby Dayliner's sophomore album. Even more successfully than his debut, it fulfilled the promise of Baby Dayliner's kaleidoscopic worldview which equally embraces sounds from pop, rock, dance, and hip-hop music, a sound articulated by Britain's Uncut Magazine as "a romo romp through a New York ghost world that is neither the drainpipe-and-denim sweatpit of CBGBs nor the mirrorball glitz of Studio 54 but somewhere in between."

A long-time live favorite for some of NYC's best artists from a dizzying array of different scenes, this album inspired equal praise from icons of independent rock and underground hip-hop. Guest performers include The Giraffes' guitarist Damien Paris and actor/musician Adrian Grenier (Entourage, The Honey Brothers), who drums on the song "Silent Places," and appears in the accompanying video.


KUDOS FROM OTHER MUSICIANS
Aesop Rock, MC: The new Baby Dayliner album is the first LP in a long time that I can listen to front-to-back with no complaints and no fast-forwarding. No, really. This is the kind of record I wanna plagiarize. I have yet to find someone who doesn't love it.

Matt Berninger, singer, The National: Baby Dayliner is a rare fearless original. This brainy record is jammed full of heart and moxie. It's a dance party for sexy intellects.

Entertainment Weekly
Strange strains of hip-hop, Broadway, and glam converge on this vibrant song from one-man indie superstar Ethan Marunas, a.k.a. Baby Dayliner. Bellowing like David Bowie doing his best Sinatra, Marunas' croon is a showstopping force that ties together the song's bouncy piano, frolicking horns, and boom-bap beat. It's like modern musical theater with a swinging disco bent.

XLR8R (June/July 2006)
In a just world, Baby Dayliner would be an icon in the new wave of crooner-inspired pop acts, proudly adorning shiny shirts and dreaming of headlining Radio City. As that's clearly not going to happen soon, we'll have to be content with Critics Pass Away, his near-perfect second album. Equal parts Morrissey, Gainsbourg, Adam Ant, and Manilow - for real - BD (a.k.a. Ethan Marunas) invites you to his electro-pop lounge act where piano-tickling and jazz standards are flung out the window, and samplers and drum machines prevail. Upbeat tracks like the opener "At Least" delightfully romp on the border of Vegas-style cheese without ever sounding trite or contrived. Baby Dayliner is the white, bequiffed, male vocalist brilliantly repackaged for the iTunes generation, and even when the LP loses a little steam (near the mid-album "Breezy") you'll be so busy bopping that you'll hardly notice.

Playboy by Marc Hogan
Baby Dayliner is a crooner-rapper, and everything about his sophomore album, Critics Pass Away, is as unlikely as that combination. Dayliner, or Ethan Marunas as his parents call him, has produced an insanely eclectic batch of danceable electro-pop. It's definitely weird, but when it works, there's nothing quite like its mix of New Order synths, David Bowie baritone, and Magnetic Fields flamboyance. Opening track "At Least" rides a laid-back hip-hop beat while Marunas booms about everything from "homeys" to religion. The next song, "Critics Pass Away," adds a twangy classic-rock electric guitar to whoa-oh-oh harmonies. Clever come-on "The Way You Look Tonight" isn't a new version of the old standard, instead it's an original featuring swooning strings and the word "erotic." Fast-paced "Go On Baby" travels from Latin rhythms to Krautrock distortion while name-dropping an Isaac Asimov novel. Finally, "Small Town Halls" goes full-out gangsta, minus the deep-throated chorus suited for the Doors. It can be a little overwhelming at times, but the purpose is clear: maniacal, booty-shaking fun. Apparently, Dayliner's live shows consist of only Marunas, his dance moves and a musical suitcase. Until he hits town, Critics Pass Away is worth a short visit.

Okayplayer.com
Baby Dayliner is a very interesting artist for this day and age. Ethan Murunas, the man behind the sexually ambiguous name, wants to be an old fashioned crooner, but makes use of electronic instruments and samplers. So maybe the best place for him to land was in the 80s? This was apparently the most viable option for Murunas, whose vocal tones and melodies sound like they?d fit in well after Devo, the Smiths or some other new wave artist from back then. Not to say he?s a rip-off, though. Baby Dayliner?s music has a sound that only 2006 could properly facilitate, adding a nice depth to Critics Pass Away.

The album starts off with a cool stuttering horn sample, and Murunas' voice trying to smooth it out. Critics Pass Away keeps up this balance for the most part, with quick and high-hat heavy electronic beats, and hip sounding guitars and synths as the background to the crooning. The title track 'Critics Pass Away' sounds especially like a 80s new wave band could have recorded it, with its poppy, and vaguely foreign, 'ooohh ooh ahh-oohh' chorus that Men At Work would be proud of. Also, I need to slow up a second on this song before moving on. Is this some kind of shot at my ilk? "Critics pass away like bad news," is another part of this song's chorus. What are you trying to say, Murunas? Do you really only want one questie?

But I have thick skin and am not taking our beef seriously. Baby Dayliner has put together a very enjoyable album here. The songs are upbeat and create a distinctive mix of ages, styles, and even locales -- close your eyes and imagine Brooklyn had a sunny beach down the street that everyone went to and had a dance party at every weekend, and at night made a bonfire and sang around it. That's where this music would fit in. But because this heaven doesn't exist, go out on your balcony on a sunny day, close your eyes, and turn on the iPod. Critics Pass Away will take your mind to this place, or at least will get you to plan that vacation to Miami.
HWY011 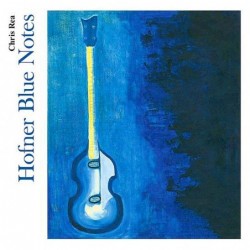