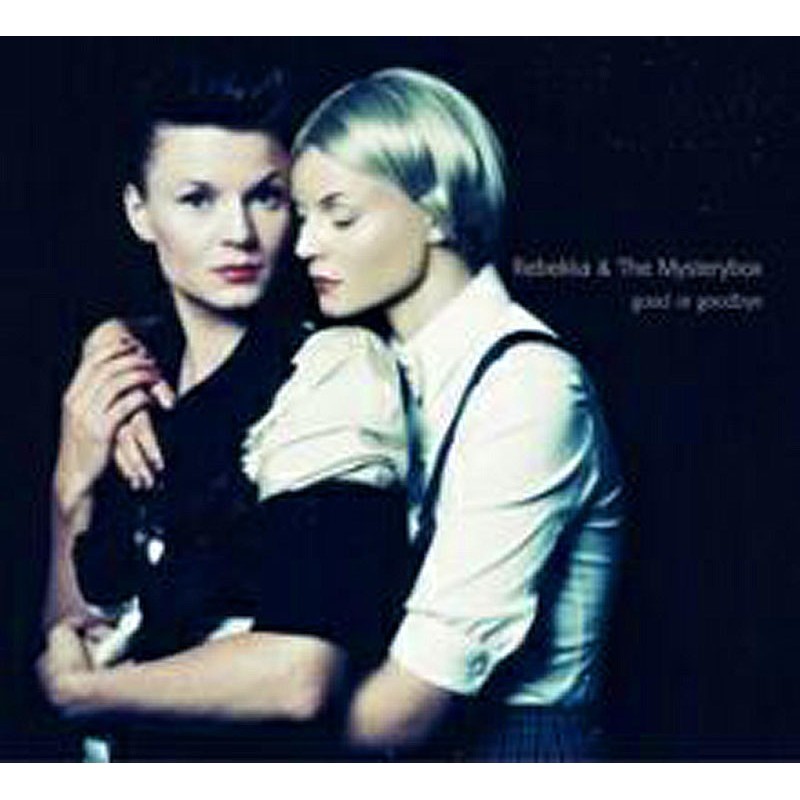 Piosenka Artystyczna
premiera polska: 2005-12-19
kontynent: Europa
kraj: Norwegia
opakowanie: digipackowe etui
opis:
Editor's Info:
Norwegian singer Rebekka Karijords and drummer, composer and producer Peder Kjellsby present a quirky pop recording in the stream where flows Kate Bush, Laurie Anderson and Happy Rhodes. She writes and sings in English, the songs are an unexpected mix of dreamy visions and odd-ball images and the music is post-industrial (if that means anything?) and even a bit cliched, in a charming sort of way. I have acquired the taste, but an acquired taste it is!
Rebekka says: "[Peder] made one of my favourite records, which I repeatedly had been listening to the whole summer, - "Burglar Ballads" by FRIKO ( a duo Peder has with trumpet-player Sjur Miljeteig). He showed up at one of my concerts, and shortly after we started writing songs together. During a few months we had written over 30 songs.

Rebekka: "In my eyes, "Good or goodbye" is a poetic and pretty dark pop-album. I think most of the songs tells about the condition you find yourself in just before you make an important decision, when you have reached a limit, and you're at a crossroad. There by the title.- some sort of ultimatum. It is about being controlled by something larger than yourself, something external, something in your subconsciousness. It could be falling in love, or a fear of something. I am also very interested in split personalities. I don't know why, maybe I'll understand in a few years. The "Machine"-video and the picture on the album reflects this- two versions of me embracing each other. It is the relation between the vulnerability and strength in myself that I am curious about, and want to express in my music,"