King Tubby's In The House

Jamaican-born, Florida-based Digital K (Keith Ruddock) was introduced to reggae and dub as a child by his Uncle Osbourne Ruddock, the legendary King Tubby.

Hanging out in King Tubby's Waterhouse District (Jamaica) studios, he was immersed daily in the studio machinations of Bunny Lee, U Roy, Bob Marley, Scientist and Prince Jammy. By age 15, he was a full-fledged assistant in the studio, learning production and assimilating the new technologies of the day under the guidance of his Uncle "Tubby's."

In 1985, Digital K moved to the United States and set up his own production unit and studio.

His "take" on dub is most unusual and avant garde.

Using roots reggae rhythms as his very basic skeleton grid, he takes studio remixing and sampling into new frontiers of hip hop, house and acid jazz, creating a "window" towards a new genre that is very beat and rhythm oriented and very hardcore!

This is tribal Africa-derived, reggae roots-driven, passionate, alienated "black music" - as close to the street as it gets. A modern urban dub.

"Was this meant to be released, or was it smuggled out of the top secret lab where the dub masters are working on the perfect sonic weapon? This may be the blueprint for the bop gun of the 21st Century. Handle with care." - Axcess

"This new CD is subtitled "Digital K presents a new generation of dub" and frankly, that is indeed what he does. Mixing reggae with hip-hop, jungle, house and acid jazz, he's arrived at a new sound with unseen horizons that have yet to be explored." - CMJ
RUSCD8222 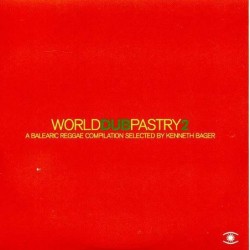 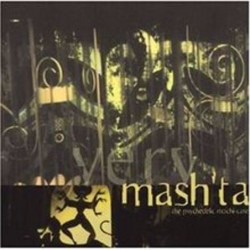