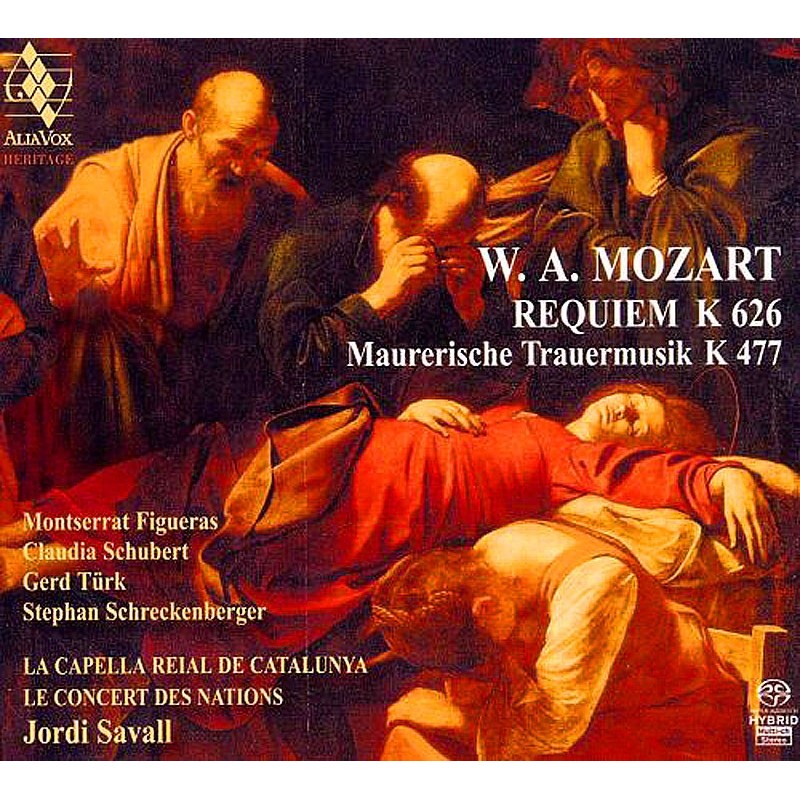 Muzyka Barokowa
premiera polska: 2011-02-04
kontynent: Europa
opakowanie: digipackowe etui
opis:
Editor's info:
Mozart's Requiem, notwithstanding the fragmentary form in which it has come down to us (and despite the fact that it was completed alter his death by Franz Xaver Süssmayr with some additions by Joseph Eybler) wholly bears the stamp of its creator's genius. His conception is perceptible through the general structure of the work, and that irrespective, even, of the difference in character or quality of the parts that were completed later.
It is highly unlikely that a second-rate composer such as Süssmayr, who had never written anything worthy of note, would have been capable of finishing the Lacrimosa and composing the Sanctus, the Benedictus and the Agnus Dei entirely on his own. However, we shall never know what access Süssmayr had to the rough drafts, or whether he heard Mozart himself playthem - which would have enabled him to memorise them to a large extent.
It is necessary today to reconsider the instrumentation, taking the contributions of Joseph Eybler and Süssmayr as a starting-point, and trying to find a synthesis between these versions and what we have to the original autograph, in order to bring out the spirit of Mozart as perfectly as possible.
In our performance we have recreated as far as is feasible the conditions prevalent al the time. The soloists and the choir (reduced to twenty members) sing in Latin with the transparency and intensity that is needed for the pronunciation that was current in Vienna at the end of the 18th century. The work is played on period instruments at a pitch of 430 Hz, the orchestra consists of eighteen string instruments, nine wind instruments, organ and timpani. The trombones have the narrow mouthpiece that was in use at the time, and we also use real basset horns with five keys plus a lower register - after Theodor Lotz, who worked with Stadler, Mozart's clarinettist, and made his instruments.
However, all this is of little importance compared to the actual interpretation: from beginning to end, it should make us feel all the warmth and fervour of the Catholic faith and trust in God's mercy. The Requiem is a moving funeral lament and also a miraculous moment of grace, with that surprising balance between the declamatory, rhythmical force of the text and, its melodic setting, between the almost infinite flight of the polyphonic lines and its attachment to an inexorable harmonic force, between details in phrasing and contrasts in dynamics. It appears above all through that perception of movement, which makes the tempo the true heart of the music: whispering or throbbing, passion or prayer - by the juxtaposition of all these forces in one great upsurge of feeling, we attain one of the greatest messages that the human creative genius has ever produced on the mystery of death.
Death viewed as a subject for profound meditation on the meaning of life was already familiar to Mozart at a young age. This is shown in one of the letters he wrote to His ailing father in 1787 (he was then thirty-one):
"... As death, if we look at it closely, is the real aim of our lives, I have become so well acquainted in recent years with this true, perfect friend to man that not only is there no longer anything awesome about it for me, but I find the idea very soothing and comforting! and I thank my God for having granted me the good fortune to find the opportunity [...] of getting to know it as the key to our true happiness. I never go to bed without thinking that, tomorrow perhaps, young as I may be, I will no longer be here."
According to various contemporary accounts, Mozart, who normally kept his art and his personal life quite separate, was very deeply fond of certain works: we know that the quartet in the last act of Idomeneo moved him to tears, we also know that, during a rehearsal of the Requiem shortly before his death, he burst into tears on hearing the Lacrimosa.
All these things perhaps explain the extraordinary expressive force of this masterpiece: a wonderfully expounded spiritual testament to man's profound distress faced with the mystery of death. Through this Christian liturgical text Mozart managed to express, as only he could do, all the various states of mind, from fear of the Judgement (Dies irae) to trust in God's mercy (Kyrie), from the anxiety of useless suffering (Recordare) to confidence in another world, full of light (Luceat eis). It is a funeral lament, but more than that, it is a final prayer, imploring God's mercy ("Be beside me at the moment of death") which leaves us hope for a new life. Rarely has a piece of music been so strongly marked by the genius, the expression, the faith and the suffering of a human being.
JORDI SAVALL
Translation: Mary Pardoe 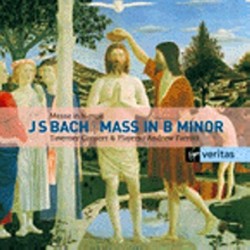