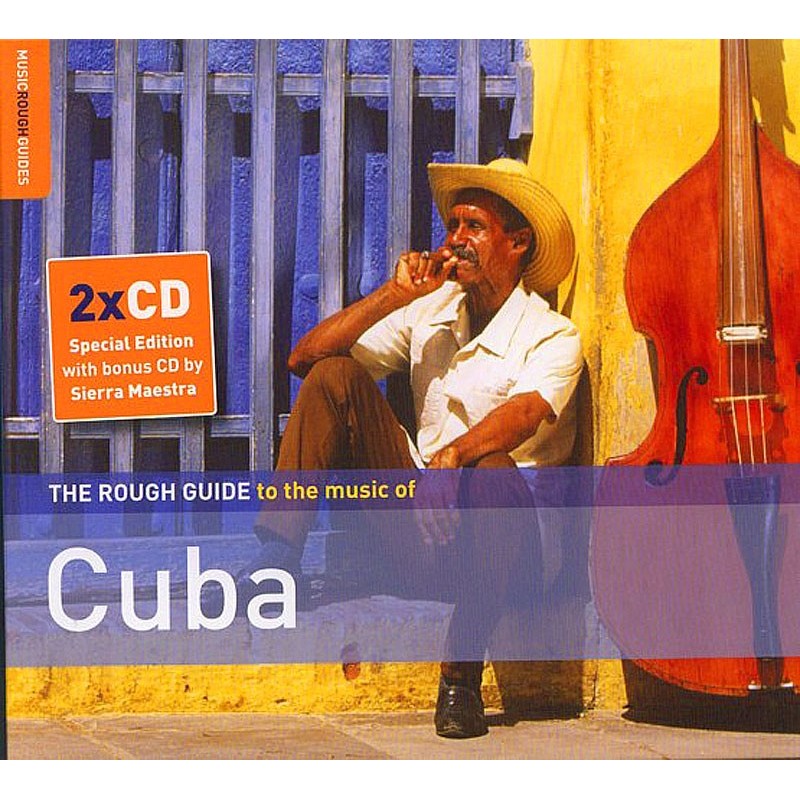 Musically Rich Island
One country more than any other in Latin America and the Spanish-speaking Caribbean has had the biggest impact on popular music and dance worldwide, and that country is the island of Cuba! This small nation has produced countless musical styles, rhythms and dances since the first quarter of the twentieth century, including rumba, guaguanco, son, guajira, changuii, danzón, guaracha, conga, charanga, mambo, cha-cha-cha, pilón, pa'ca, mozambique, songo and timba - an endless list that has enriched Latin music globally, particularly through the spread of salsa, the New York Latin music and dance style with Cuban roots.
Two different cultures would influence the development of island's music: Spanish and West African. The Spanish transported thousands of slaves from West Africa to work the Cuban plantations and crop fields. Out of this dark period of history, a new Afro-Cuban culture developed. The Spanish rulers and their African slaves lived side by side, socially and economically worlds apart but interacting culturally, particularly through music and dance. The Spanish brought with them their folk music (including flamenco, with its trademark acoustic guitars), the décima style of poetry (a ten-line form which would become the basis of Cuban guajira), and European classical music and instrumentation (pianos, violins, cellos, double bass, brass, tuned percussion). The slaves retained their drums and hand percussion instruments (gourds, thumb pianos, shakers, etc), alongside intricate rhythms, songs and dances. These African elements were often united together in religious music and dance performed by cults from the Yoruba religion of Nigeria and Congo and dedicated to the gods of their lost homeland.
As more slaves were converted to Catholicism, they gave their African gods Christian saints' names. This parallel religion became known as Santería and, along with slaves being allowed to keep their drums, it played an important part in maintaining cultural ties to the original homeland. At various times in Cuban history drums were banned so slaves quickly mastered the instruments of their rulers - guitars, trumpets, violins, pianos - transferring the rhythmic pulse of the conga drums on to these melodic instruments. This was how the first true Afro-Cuban musical style - the son - would evolve.
Son emerged in the eastern part of Cuba in the province of Oriente at the end of the nineteenth century. It had a 2/4 rhythm and the instrumentation was guitar, tres (the Cuban three-stringed guitar), bongos, marimbula (a bass instrument like the African thumb piano - later replaced by double bass), claves and maracas, plus vocalists. Loved by the working classes, banned for its raunchy lyrics by the ruling classes, son would eventually become the most popular music on the island. Son was and still is the heartbeat of Cuban music and many son musicians from the pre-Revolutionary era would find fame in the mid-1990s, late in life, as the Buena Vista Social Club.
After the Revolution of 1959, Cuban music went in two directions. At home, the new government encouraged progressive music that would break the links with the past. After 1962, the US economic and cultural embargo resulted in a Cuban musical quarantine. The new Castro government encouraged musicians to study at academies and, once they graduated, they were given government salaries, thus giving them security and the chance to become more creative and experimental.
Outside Cuba, particularly in New York, Cuban music would take a different path. One form of son developed into Afro-Cuban jazz after interacting with big band and modern jazz in places like Harlem in the 1940s, eventually leading to the mambo boom of the 1950s. During the 1960s (after the boogaloo craze), Cuban son was once again being played in New York. But this modern version had absorbed influences from big-band jazz, rhythm and blues, soul and rock, and featured electric instruments and complex horn arrangements. It became the urban Latin music of New York's Puerto Ricans. In 1971, this Latin dance music was given a new name - salsa - and the rest is history.
As salsa launched in New York, Cuban music at home continued to experiment, safe in the patronage of the Cuban state, both economically and politically. In the 1960s, Cuban bands began to introduce drum kits and electronic instruments (guitars, keyboards and electric bass) into traditional son. Fusing electric jazz with traditional Afro-Cuban drumming, while maintaining elements of son montuno and rumba, a new style, onda arieto, evolved.
In the late 1980s and early 1990s, a distinctly Cuban style of salsa began to emerge, using heavier piano montunos, a funkier bass and rhythm section, plus plenty of rumba flavour. The syncopation in Cuban salsa is different to the New York/Puerto Rican version, which maintains a much steadier, smoother rhythm. This Cuban salsa style would eventually lead to another new musical genre called timba, the end product of two decades of experimentation and a blend of songo, jazz-funk, rumba, salsa, plus rap elements. In the 1990s, timba was THE music of Cuban youth.
By 2000, Cuban music had again added a new flavour, hip-hop. In 1999, Cuban rap group Orishas released their debut album, A Lo Cubano, and it was a huge hit. However, Orishas were just one of hundreds of hip-hop crews that had emerged in Cuba in the mid-1990s as the government struggled with the economic difficulties of a post-Soviet world. The simple, do-it-yourself ethos (MCs and DJs) of hip-hop, meant that it could be organized away from government-controlled concert venues, and its improvised lyrical message was instant, live and difficult to censor. Eventually, hip-hop came into the mainstream as the government realized it could not control it, although much of the subculture is still in the shadows.
We close this compilation with a track from Madera Limpia from Guantanamo, the home of son changuii music. In this way, we square the circle as they show us that, although they are a contemporary urban Cuban group, their heart and soul is still rooted in the traditional son, which is, always has been and always will be at the centre of Cuban music.

Bonus Artist Album by Sierra Maestra
Sierra Maestra, Cuba's leading son group, who are largely responsible for the style's revival, present their personal account of the genre's development in Son: Soul Of A Nation. The Bedrock of Cuban music, son has shaped much of twentieth-century Latin music, and this album, recorded in Havana, pays tribute to the great writers of the past, selecting lesser-known classics alongside legendary tunes.

The Rough Guide To African... 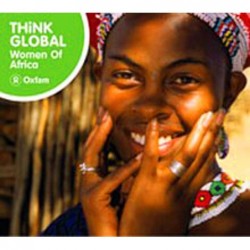