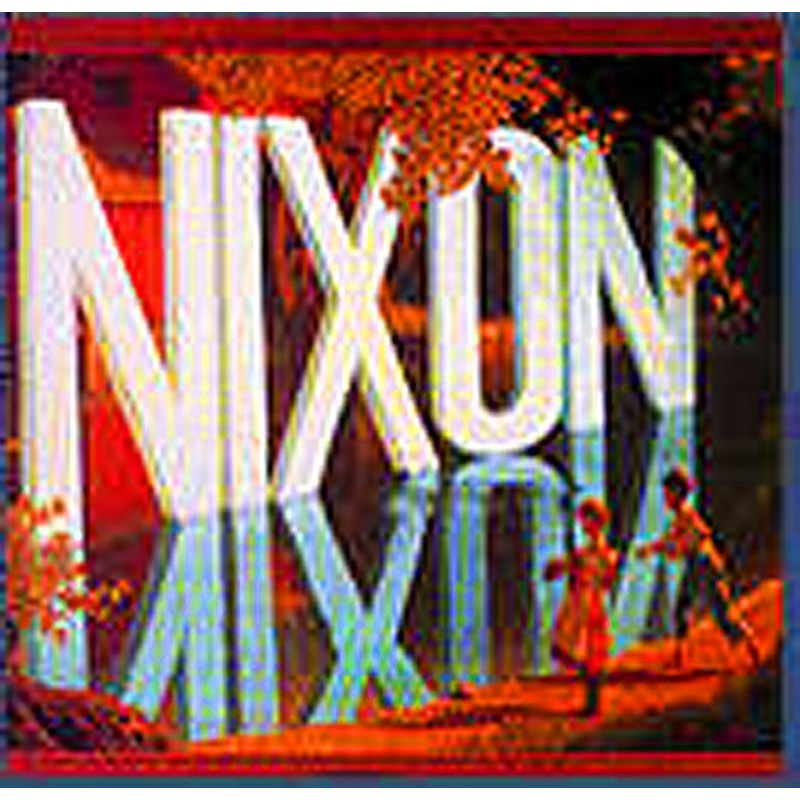 Regular visitors to LAMBCHOP's body of work will already be familiar with the band's growing obsession with soul music, most notable on their cover of Curtis Mayfield's "Gimme Your Love" and Frederick Knight's "I've Been Lonely For So Long" on 1998's "What Another Man Spills" album. Much has been made of how the Nashville band's country roots and their passion for sweet soul music are curious and yet strangely suitable bedfellows - soul (at its best) being a genre defined by lush, gentle musical gestures and dark, desperate lyrics, and country being, well, very similar indeed. The initial shock of the combination was quickly superseded by an overwhelmingly congratulatory response at a marriage that succeeded on every level, and a growing excitement at a new sound that saw "Gimme Your Love" championed in some of the most purist of surroundings.
But "What Another Man Spills" only hinted at the possibilities of the cross pollination. NIXON is where it flourishes. Known around these parts as If Curtis Had Been Born In Nashville..., the album builds on the foundations laid previously, and lovingly constructs a record of graceful, rich, passionate beauty. Back in 1998, after the band's now legendary European tour with Vic Chesnutt, Kurt Wagner, LAMBCHOP's singer and songwriter, could be heard enthusing about how their next record would be the one that pushed LAMBCHOP to their creative limit. He waxed lyrical about string arrangements, improved production techniques and stretching budgets to their limit. Judging from NIXON, he kept further ideas up his sleeve, because he never mentioned gospel choirs or straight up love songs.
He remained true to all his promises, especially that of production (and stretching budgets!), which is one of the reasons NIXON was so long in coming. Engineer Mark Nevers and Kurt Wagner were "almost obsessed with the idea of reaching a level of technical competence that is on a par with any record being put out today", says Wagner. "So that what you, the listener, hear is of as high a quality as anything being produced by the bigshit labels or artists and their extreme budgets. That way we could be judged by the content rather than any other aspect of the work. Rather than rebel against this stuff, we thought we would try to work with it to see just how far we could take it and still keep our souls intact. That was the scary part!>
8489062