What another man spills

What another man spills is an album of contradictions. It is, like the four albums before it, an album of soul music performed by white country artists from Nashville Tennesee. It's an album of songs written by a variety of people, and yet sounds as unified a work as any record ever did. It is an album of sweet and minimalist beauty made by a room full of engineers, floor sanders, journalists and dishwashers. And it's an album of softly spoken lyrical treasures that in fact chronicle moments we'd rather keep private - like dogs pissing, old women dying and couples fucking...
With What Another Man Spills, Lambchop have further refined their unique country soul crossover, and developed their love of detail and frailty. It is one of those rare things, a record of exquisite beauty and mournful depth that has the power to depress and uplift at the same time. This is a rare skill. To luxuriate in Kurt Wagner's somnolent sweet nothings only to realise that he is talking of "a human pile of hair and come", is as fine a moment as music can offer. Because you have transcended the simple horror of life and found poetry in the depths of despair, beauty in ugliness, and simplicity in all of life's complexity.What Another Man Spills is a celebration of life's richness, an acceptance of both joy and misery as integral parts of that, a magical carnival of emotion. That it finishes after eleven songs of varying levels of soul searching with the sound of a band partying seems only appropriate.
The contradiction of soul music is in the way that this sweet uplifting sound can chronicle life's lows, both romantic and social. Lambchop's developing obsession with soul does make a strange kind of sense, despite their emergence from the Nashville musical tradition. So the covers on What Another man Spills, of Curtis Mayfield's Gimme Your Love and Frederick Knight's I've Been Lonely For So Long, sit comfortably alongside songs by singular genius F.M. Cornog (East River Pipe) and James McNew (Yo La Tengo / Dump), as well as Lambchop's own increasingly sophisticated originals. Like their heroes, Lambchop have created gently moving, mellifluous sounds that are superficially warm and comforting, and yet underneath tells stories of human shortcomings and of life's ugliness. Here, in all their splendour, are life's intimacies and epiphanies. There may be no glamour in a Lambchop song, but there is always beauty.
8465772E 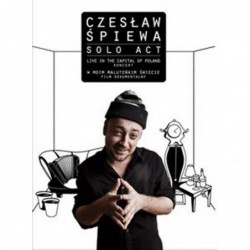