I have had this idea for some time, says Kurt Wagner, founder of Nashville's indefinable and groundbreaking LAMBCHOP, to make a record that could be introduced with the solitary sound of a single piano and ended with the same type of 'feel', yet somehow changed through the experience. A record that opens and closes with a similar mood, a mood sustained throughout the entire record. A collection reflecting one type of sound and variation of that sound. The idea of using 'restraint' in what we try to do as a band as opposed to what we have done previously...
For many, what we have done previously may well refer to LAMBCHOP's last full length release, the massively acclaimed and hugely successful Nixon, released almost two years to the day earlier than the band's new album, the gorgeous IS A WOMAN. It was Nixon that took LAMBCHOP to a mainstream audience after four albums of what was widely recognised as pioneering Americana / alt. Country / insurgent country, but which had up to that point failed to match critical plaudits with commercial success. Nixon changed that. A widescreen amalgamation of country and soul music, the album captured a sound unlike any other and saw the band's profile soar, culminating in headline shows at The Royal Festival Hall in London, and then a memorable outdoor performance in the courtyard of Somerset House on the banks of the Thames River in the summer of 2001.
For those who have followed LAMBCHOP since their early days, IS A WOMAN - the band's sixth full length album, not counting the limited edition mini album Hank - may not come as quite the surprise that it will to those who joined the band's music over the past two years. But even the most ardent of fans will undoubtedly be stunned by what they hear, unless they were lucky enough to attend the few shows that the band undertook in 2001, when the band first aired material from the new record. There were some who talked about Nixon being the sound of Curtis Mayfield had he grown up in Nashville. IS A WOMAN, however, is, according to engineer Marky Nevers, Brian Eno meets Ray Charles. But long term fans of the band might simply see it as sitting somewhere between 'You Are The Very Air He Breathes' (from I Hope You're Sitting Down / Jack's Tulips, the band's debut album) and 'Nashville Parent' (one of the stand out tracks from Nixon).
8117532

End of the Beginning

Primus And The Chocolate... 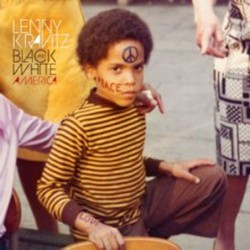