Editor's Info:
PANTHER is the two-headed effort of Charlie Salas-Humara (The Planet The) on vocals, cello, guitar, and keys and Joe Kelly (31 Knots) on drums. But even when it was Charlie's solo effort he was never really alone. Whether live or on record there was a sense that PANTHER was being overtaken by something, not an alter-ego, this was something else. Think Ian Curtis' convulsive intensity and James Browns spastic swagger and you still won't have PANTHER, but a sense of what-the-fuckness that all of them seem to call up. The early recordings born in the basements and warehouses of Portland OR around 2001 brought a new brand of broken electro that when coupled with the lunatic immediacy of his modern dance meltdowns defied categorization entirely. " PANTHER landed on bills as varied as opening slots from PEACHES to WOLF EYES. " The monstrous throb of the beats matched by Charlie's intensity bring a sense of religious visitation to any room PANTHER humps the floor in. His panic-driven falsetto howling non-sequiturs about paranoid sexuality make his jams hysterical, compelling but most importantly danceable.
After several successful releases on indie labels Kimosciotic and Fryk Beat, the art galleries soon turned to sold out venues when PANTHER caught the attention of headliners like GOSSIP and RATATAT. And while touring in support of 2007's epic and cheerfully damaged SECRET LAWNS Charlie realized he wanted to dance to a new beat. Soon after employing the ferocious drumming of Joe Kelly the HE became a THEY and on the upcoming 14 KT GOD contagious hooks and loops over crushing drums usher PANTHER into new and lucid songwriting territory, even hinting at the political with songs like "Violence, Diamonds" and "Beautiful Condo." But just when things seem to be making sense the fever kicks in and everything suddenly unglues and before you know it you're dancing to full blown anthems about sexual obsessiveness and airplane paranoia. Rest assured, PANTHER hasn't calmed down in the slightest, they're just poised and ready to pounce.

Toured with Architecture In Helsinki, Ratatat, Gossip, and Glass Candy
US tour in March including playing SXSW, Europe in May, and Japan in June
MAR052LP 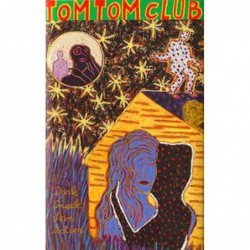 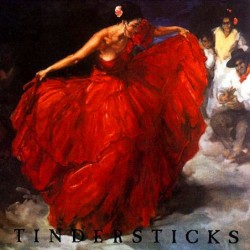 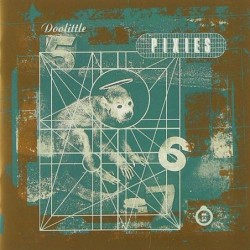