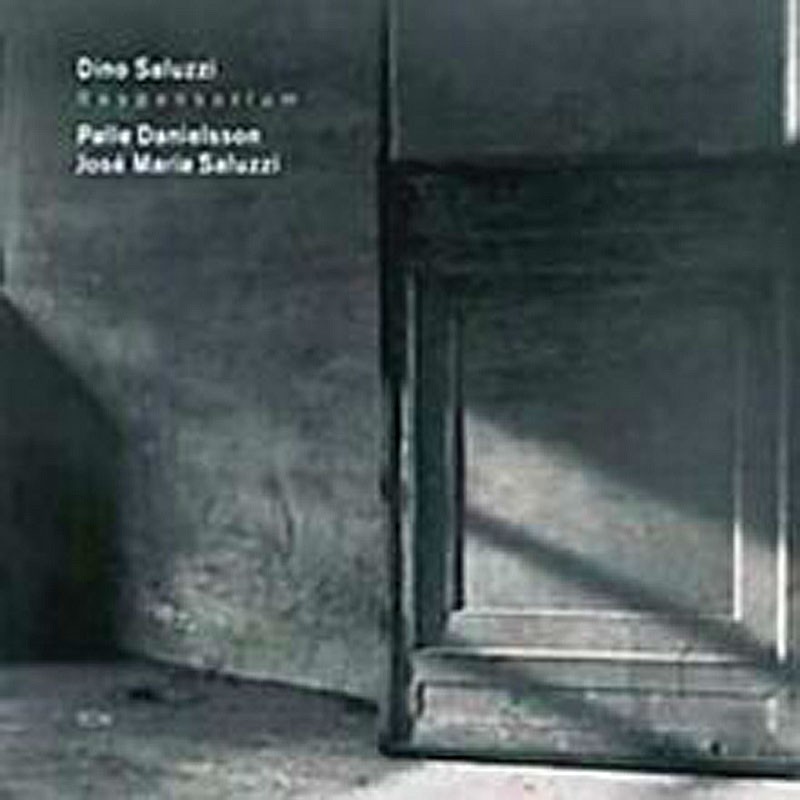 Ethno Jazz/World Jazz/Modern Jazz
premiera polska: 2003-01-01
kontynent: Ameryka Południowa
kraj: Argentina
opakowanie: plastikowe etui
opis:
Editor's Info:
'It's a big thing', says Dino Saluzzi, 'to open up your music and invite somebody from an-other world, another culture, into it. You have to want to share, and that can only be done on a basis of respect. And when it works, you're reminded again that even the most personal music can also be universal. But what Palle Danielsson brings to this trio and this recording is fan-tastic. I think of 'Responsorium' as being really as much his album as mine.' This is open to debate - but the veteran bass player from Stockholm does indeed provide, together with gui-tarist José Saluzzi, a very rooted grounding and a strong improvisational response to Dino's imaginative story-songs, his tales from the Argentinean villages of his childhood...
In some ways, 'Responsorium' - an album that is both highly attractive and musically pro-found - continues where 1995's 'Cité de la Musique', an earlier bandonen-guitar-bass re-cording, left off, but the change of bassist has rung substantial changes. The harmony is wider with Danielsson on board, and all three players seem to have more room to move inside the structures of Dino's compositions, embellishing the atmospheres of his songs, so full of yearning and sadness and hope.
Since the 'Cité' recording, too, Dino's son José Maria Saluzzi has been redefining his role in his father's groups, growing as a player in the process, and offering now a more differentiated sound, of considerable subtlety. José was originally a drummer, studying percussion from the age of 7 - and he recorded on drums on Dino's 1991 album 'Mojotoro' - taking up the guitar only at the age of 18. He studied guitar with Argentinean jazz pioneer Walter Malosetti and with tango master Anibal Arias but credits the daily sessions with his father - in jazz, tango and folk idioms - as most important for developing his musical muscle.
Palle Danielsson's powerful bass sound impressed itself forcefully onto the European and world jazz scenes in the 1970s while Palle was a member of two history-making bands- the Jan Garbarek-Bobo Stenson Quartet and Keith Jarrett's 'Belonging'. In the 1960s however he was already first bassist of choice for jazz masters visiting Sweden's shores, and he played with for instance Bill Evans, George Russell, Ben Webster, Don Cherry, Charlie Shavers, Lee Konitz, Phil Woods, Steve Kuhn and many more. His ECM discography includes work with Charles Lloyd, Peter Erskine, Tomasz Stanko, Anouar Brahem and Lena Willemark, as well as with Jarrett and Garbarek.
Dino Saluzzi of course is one of the defining figures of contemporary South American music, held by his fellow bandoneonistas to be unchallenged as the man taking the instrument and the music of his homeland forward.
Born in the village of Campo Santo in the North of Argentina in 1935, Dino Saluzzi has been leading bands since he was 14 years old. He began to play professionally while studying in Buenos Aires. It was in Buenos Aires, too, that he met and befriended Astor Piazzolla as the term 'tango nuevo' began to gain currency. Though Piazzolla and Saluzzi always respected each other's work, Dino has never cared to put a label on his own work. But he has stressed, in numerous interviews that his is not an 'art music' but a music that comes out of life and attempts to express the emotions, thoughts and memories that accompany it. And this has re-mained as true of the work that stresses primarily his compositional endeavours - such as the highly successful 'Kultrum' collaboration with the Rosamunde Quartett - as it is of work in which improvisation has a larger role to play, as on 'Responsorium.'
From his first ECM album, recorded in 1982, Saluzzi's music has been very warmly received by the world's press. Fanfare magazine was quick to conclude that 'Dino Saluzzi is probably the greatest living master of the bandoneon.' Down Beat said, 'Reworking elements of tango, South American Indian music, backwater folk tunes and other root sounds, Saluzzi's breadth of feeling makes for remarkable listening.' The Los Angeles Times, in a best-of-the year survey wrote that 'Saluzzi is a writer of abstract music but a tanguero at heart, his com-positions bring forth the unique sadness of tango. Nobody has stretched the genre's bounda-ries to such a degree while retaining a remarkable clarity of purpose.' Frankfurter Allgemeine Zeitung: 'In his melodies for the bandoneon he allows traces of European counterpoint to influence his tango motives, as well as the harmonic experiments of contemporary composi-tion and the expressive power of improvisation.' Jazziz: 'Saluzzi has made one of the most fascinating pacts between Argentine roots and European chamber music, lined with traits from American jazz. This is important music from one of the world's cultural crossroads.'