opis:
Editor's info:
With this recording La Grande Chapelle presents a revival of the magnificent mass "O gloriosa Virginum" by Antonio Rodríguez de Hita, one of the most important Spanish musicians of the 18th century. This painstaking and beautiful reconstruction has been accomplished with the participation, once again, of Schola Antiqua.

Antonio Rodríguez de Hita is one of the most important Spanish musicians and theorists of the 18th century, well known for being the instigator - alongside the dramatist Ramón de la Cruz - of the comic zarzuela. However the majority of his extant work is of a religious nature, written for the Real Monasterio de la Encarnación in Madrid where he was the maestro de capilla between 1765 and 1787 after having occupied similar positions in the iglesia magistral of Alcalá de Henares and in the Cathedral of Palencia.

Of the fifteen masses that have come down to us, Albert Recasens (La Grande Chapelle) has selected "O gloriosa Virginum", written for eight voices and orchestra and composed in 1771 for the celebration of the Immaculate Conception (December 8th). Rodríguez de Hita based the work on the Spanish hymn O gloriosa Virginum. As with most of the religious repertoire of the 18th century in Spain it brings together elements of the polychoral tradition and typical pre-classical flourishes. The mass is a noteworthy example of the musical eclecticism that dominated Spanish church music at that time.

The present recording takes the form of a liturgical reconstruction, with the characteristic alternation of plainsong, vocal-orchestral parts and some instrumental pieces taken from the extraordinary collection Escala diatónico-cromático-enarmónica (1751), which has already been tackled - albeit with a different musical selection - by La Grande Chapelle in LAU 005 (2006). Juan Carlos Asensio (Schola Antiqua) is responsible for the plainsong, although the objective here has not been to recreate the ancient ceremonies with exactitude but rather to give them a coherent didactic form. Some litanies from the Salve Regina complete the recording.

This recording, the world's first, is of enormous interest for musicologists as it is one of the few examples of the vocal music of Antonio Rodríguez de Hita, a key musician in the history of Spanish music in the 18th century.
LAU009 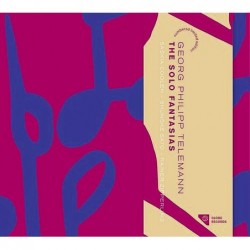 Geminiani: The Art of... 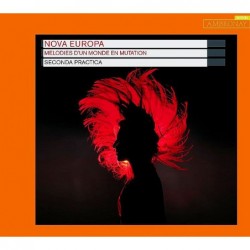