Birth Of The Cool (Rvg Remaster)

From the moment of their first appearance as 78 rpm singles and 45 rpm "extended-play" recordings on the Capitol label, the twelve performances taped by the Miles Davis Nonet in 1949 and 1950 had a monumental impact on the course of jazz. Given their significant influence on solo and ensemble styles, not to mention the structure and sonority of jazz in the succeeding decades, they have been reissued frequently in the past. Since the first appearance on 12-inch LP in 1957 of most of the individual tracks, they have been known under the title Birth of the Cool. In all of their subsequent incarnations, however, including the first complete LP appearance of all 12 titles in the 1970s and in various later CD collections, they have never possessed the clarity and brilliance revealed in Birth of the Cool (RVG Edition), which is appearing as part of Blue Note's heralded Rudy Van Gelder reissue series.
The sonic improvements resulted from a discovery made by legendary engineer Rudy Van Gelder while he prepared a new edition of Birth of the Cool for Japanese release. As reissue producer Michael Cuscuna explains, "This was the first time that Rudy had worked on these particular recordings, and he was surprised to find that every version subsequent to the original LP had used the 1957 12-inch master. But the original master tapes of each performance still existed, and they revealed significant improvements in sound."

It would be hard to imagine a series of recordings more deserving of the RVG 24-bit to digital remastering treatment. The Davis Nonets introduced a new world of sound, one based upon the Impressionistic advances of the Claude Thornhill Orchestra, with its innovative use of the French horn and tuba in a jazz context, yet scaled down to a leaner, more agile ensemble size that also preserved the fluent responsiveness of the bebop discoveries that Davis himself had helped promulgate as a member of Charlie Parker's quintet. With its compact instrumentation of four brass and two saxophones plus rhythm section, and its unique blend of horns and extensive use of counterpoint, the Nonet revealed a new world of possibilities that the young visionaries in its ranks and many attentive contemporaries would pursue for the next decade and beyond.

As described by key participant Gerry Mulligan in one of the essays included in the CD booklet, the birth of the Miles Davis Nonet took place in the basement apartment of Gil Evans, who was highly respected by musicians at the time (if little known to the public) as the principal arranger for Claude Thornhill. With important input from Mulligan, then a little-known baritone saxophonist, budding composer and pianist John Lewis, who had worked with Parker, Dizzy Gillespie and Lester Young, composer Johnny Carisi, Lee Konitz, star Thornhill soloist and the rare new alto saxophonist who had not been content to simply imitate Parker, and Davis, who took it upon himself to assemble a mid-sized group that would test his friends' new ideas, a band emerged that played one three-week gig at the Royal Roost in New York City in September of 1948.

The experiment might have ended there had Capitol Records producer Walter Rivers not chosen to record the Nonet in three sessions that took place over the space of 14 months. These sessions produced a dozen classic titles. Mulligan arranged six, among them his compositions "Jeru," "Venus De Milo" and "Rocker", Lewis contributed three more, including versions of Denzil Best's "Move" and the Davis-Bud Powell line "Budo", Evans added brilliant versions of "Boplicity" (composed by Evans and Davis, though credited to "Cleo Henry") and the ballad "Moon Dreams", and Carisi added his sinuous blues "Israel." With poised, controlled improvisations by primary soloists Davis, Mulligan, and Konitz, and with vital contributions from an ensemble that on one or more of the recording dates also included jazz giants Lewis, Kenny Clarke, Al Haig, J.J. Johnson, Max Roach and Kai Winding, the Miles Davis Nonet introduced an approach significantly distinct from the swift and overtly virtuosic bebop norm that launched the subsequent "cool" approach that became identified with such West Coast stars as Mulligan, Shorty Rogers and Chet Baker.

Subsequent decades would find Miles Davis at the forefront of further jazz revolutions. The Miles Davis Nonet set the pattern, and the Nonet's legacy, as heard on Birth of the Cool (RVG Edition), has never sounded better. 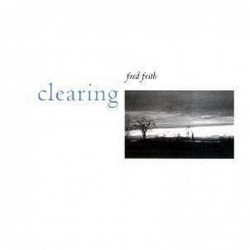