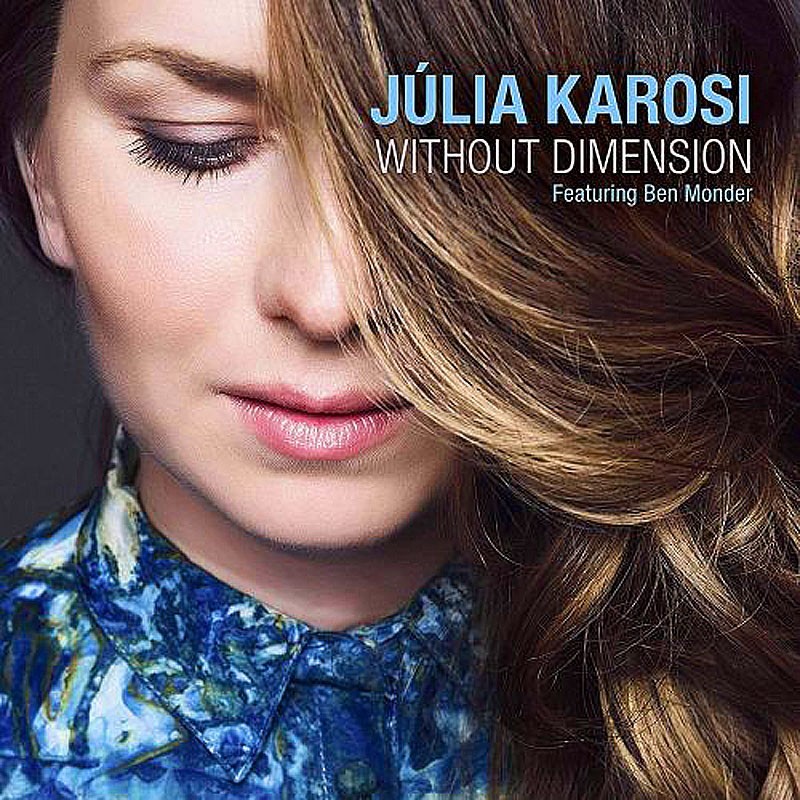 Wokalistyka Jazzowa
premiera polska: 2021-03-05
opakowanie: digipackowe etui
opis:
Editor's info:
You could almost say it was in her blood. But vocalist Júlia Karosi definitely doesn't want to make it that easy for herself and those listening to her. Adapting the music of the two great Hungarian composers of new classical music, Béla Bartók and Zoltán Kodály, to the context of modern jazz is a Herculean task. With the help of American star guitarist Ben Monder – also an ardent Bartók fan – and an exquisite selection of inspired and virtuoso compatriots, Karosi masters this in a grandiose way.

“I have always wondered whether music belongs to one of the dimensions that is theorized in the standard model of modern physics. I gave my subjective answer in the title of this album: There isn't any. I believe that the obvious lack of dimensions in music is related to the fact that it can lift us into a sphere in which time and space no longer play a role.” The philosophical approach of Júlia Karosi is also derived from the search for traces that the singer embarks on in her fourth album together with star guest Ben Monder as well as her band with pianist Áron Tálas, bassist Ádám Bögöthy and drummer Bendegúz Varga. “Without Dimensions” is by no means limited as a blueprint of American jazz standards, but instead goes deep into the Hungarian soul. Like only a few other composers, Bartók and Kodály represent the musical evolution of their homeland, ranging from the hot-blooded, melancholic Csárdás to the cool, structured modernity of the two classical masters, seething more beneath the surface. “Bartók’s music is the cradle of all Hungarian musicians, a timeless inspiration and also the way to our roots,” Karosi stated, who, like most piano students, was confronted with the music of the great composer, pianist and music ethnologist at a young age in Budapest.

Bartók's microcosm gradually opened up to Júlia Karosi when she studied a six-volume collection of 153 progressive piano pieces during her studies. Later in high school, she came into contact with the works of Hungarian composers in an exclusively female, classical a-cappella group. Such a thing has a lasting impact. Even when Júlia Karosi switched to jazz, Bartók but also Kodály in spirit, had long since been her touchstones in music. That's why the 38-year-old chose “Without Dimensions” to present a dynamic program of newly transcribed vocal interpretations and vital original compositions, such as the title track, which is given a distinctive stamp by Ben Monder's guitar playing, easily identifiable at all times. The medley of Zoltán Kodály's Epigrams Numbers. 7 and 8 goes over into a spoken prologue to Bartók 's expressionist opera “Bluebeard's Castle”. The singer provides a proven example of the high art of vocal improvisation in her homage to Bartók in “Only From The Purest Source” as well as in his “Romanian Folk Dances”.

With some programmatic titles, Júlia Karosi also reflects on dramatic moments in her life. “Rebirth” is about the birth of her son, “Words and Beyond” is about a conflict between verbal and nonverbal expressions, and “Madeleine Moment” is about the writer Marcel Proust. Every song, every sung or played tone seems like an intense, elaborate digging for the truth, like a special form of coming home. And for Júlia Karosi, they are simply something close to her heart. “I am often surprised that I have internalized this music so much. It keeps gushing out of me completely unexpectedly.” As if it were an organic part of her. That's not the only reason why a jazz homage to her two heroes was literally inevitable for her. “I hope they don't mind.”

lydialiebman.com
Júlia Karosi Explores Bartók, Kodály
For over a decade, vocalist Júlia Karosi has been at the forefront of the Hungarian music scene due to her distinctive style that expertly synthesizes jazz and classical sensibilities. On her forthcoming new full-length album Without Dimensions, Karosi and guitarist Ben Monder reexamine and reimagine the works of Béla Bartók and Zoltán Kodály in a contemporary jazz setting. Half original music, half arrangements of Bartók/Kodály compositions, Without Dimensions is also an extraordinary exploration of Hungarian heritage. This is Karosi’s fourth full-length release as a leader and features Áron Tálas on piano, Ádám Bögöthy on double bass and Bendegúz Varga on drums. It will be available via Double Moon/Challenge Records on October 16, 2020.
Growing up in Budapest, Hungary, the music of Béla Bartók became ingrained in Karosi’s life at an early age. Like all beginner piano students in Hungary, young Karosi was required to study Bartok’s Mikrokosmos, a six volume collection of 153 progressive piano pieces. In high school, she sang with the highly competitive, all female classical a cappella group Angelica Choir, which focused specifically on the works of Hungarian composers. These early experiences had a profound experience on Karosi, who continued to study Bartók’s work while a student at the prestigious Franz Liszt Academy of Music. As her career grew as a jazz vocalist, so did her reputation for successfully interperpeting the work of Hungarian composers and folk songs on the bandstand.
Without Dimensions builds upon the foundation laid by her previous recordings, namely her sophomore release Hidden Roots (Dot Time, 2014), which featured several jazz-infused Hungarian folk songs. On her new recording, Karosi dives deeper into the musical aesthetics of Béla Bartók and Zoltán Kodály, two of the most important Hungarian composers of the 20th century, with the support of inventive guitarist Ben Monder over the course of fifteen tracks.
Karosi first became aware of Ben Monder in 2017, due to a recommendation from bassist Ike Sturm. A call to the consummate guitarist quickly revealed that he too was hugely influenced by Bartók. “Béla Bartók has probably been the single most important composer to me in my development as a musician,” he said. The two performed together in 2019 at a major concert at Budapest at the Palace of Arts, and recorded the album the following day. “I was very happy for the opportunity to take part in interpreting some of his music. Júlia’s voice is exquisite, her band played brilliantly, and I found the arrangements to be inventive and inspiring.”

Karosi drew on her decades-long study of Bartók when choosing the material and settled on a dynamic program of newly transcribed vocal interpretations and stunning original compositions. After setting the stage with two stirring originals (including the title track on which Ben Monder’s jaw-dropping guitar work immediately captives from the onset), she begins re-interpretation portion of the project with a medley of Zoltán Kodály’s Epigrams 7 and 8, before easing into a recitation of the spoken prologue of Bartok’s expressionist opera “Bluebeard’s Castle”. Karosi particularly shines on the three Mikrokosmos (III, no. 92, IV, no. 113, and IV, no. 115), which prove to be worthy vehicles of improvisation, and she shows her range on “Romanian Folk Dances No. 3” and its outro. Perhaps the centerpiece of the Bartók works is “Sorrow”, which is the only composition on Without Dimensions with lyrics. The unorthodox voicings (Karosi on the alto line, with Monder playing the others) gives way to an especially emotional performance.
The remaining original compositions on Without Dimensions do not veer far from the source material and in fact, recontextualize Hungarian classical music in a more contemporary setting. “I’m often surprised that this music has internalized with me so. It breaks out of me in the most unexpected moments,” she said. “The Bartókian character, or the folk style… that pentatonic modality is ingrained in me naturally, rather than it being the result of a particular course of study.” This is evident on the shapeshifting track “Insomnia”, which brilliantly showcases pianist Áron Tálas, and the three part “Words and Music” suite before ending things with the atmospheric “Madeleine Moment”.

“Bartók’s music is a cradle for all of us Hungarian musicians. He is an eternal inspiration and also the way to find our roots musically,” said Karosi. This is evident on Without Dimensions, which truly is a feast for the ears. On this successful marriage of jazz and Hungarian classical music, Julia shows why she is one of the most called-upon vocalists in her country, and one of the premier contemporary interpreters of this music.
“Nowadays, when we are surrounded by milliards of (good & bad) musical impulses, one of the main features that I am looking for in a new band or recording is atmosphere, if an artist or a group is capable of creating a unique ambiance, in other words, a definite color on the wide spectrum of the current musical palette, I highly appreciate that. Júlia Karosi’s new album certainly has a strong character and personality. The fact that she draws on her Hungarian musical heritage does not stop her from reaching out to universal spheres, her roots and “to-be-discovered”, unknown dimensions nicely embrace one another in this music. Karosi’s concept and “messages” are beautifully conveyed by her bandmates too: all superb players with tons of sensitivity! Bravo!” -Daniel Szabo, Award-Winning Pianist-Composer 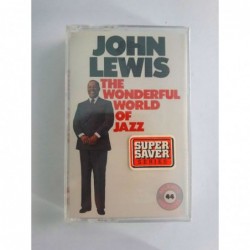 The Wonderful World Of Jazz... 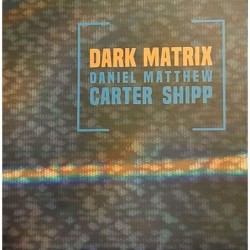 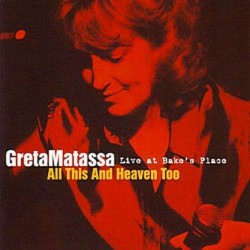 All This And Heaven Too