opis:
allaboutjazz.com - September 15, 2013
(. . .) Glod, the putative leader of the group and composer or co-composer of four of the album's six tracks, is perhaps the least well-known. Currently a music instructor at the Conservatoire de Luxembourg, he also works with Kugel in a trio with the Swiss bassist Christoph Ramond. On soprano, Glod most resembles 1970s vintage Wayne Shorter, especially in the strikingly human quality of his tone. This is most evident on "Lviv," the first of the album's two darkly mysterious ballads. On alto, Glod has a sweet, somewhat piquant sound that sounds like an extension of his soprano, almost as if it suddenly grew a secret lower register. Drummer Kugel is one of Central Europe's busiest and most articulate modern jazz drummers. For most of the past decade, he's been the the go-to guy for pianist Vyacheslav Ganelin, saxophonist Petras Vysniauskas, and pianist Bobby Few, among others. On Op der Schmelz Live he treads the boundary between inside and outside playing in a particularly incisive way, always listening and never getting caught up in his own considerable chops. Much the same can be said of Tokar, who's best known to many for his work with the Chicago school of modern jazz artists that coalesced around the activities of Ken Vandermark over the past 15 years. Piket is emerging as one the top tier of improvising pianists around today. She's an exciting, dynamic player who is clearly bucking the current trend towards emotional restraint in jazz improvisation.

Though Op der Schmelz Live is arguably a "free jazz" recording, the music is actually highly organized well beyond the extent of the thematic materials at hand. Even at its most abstract—as during the opening section of the title track—the music is palpably cohesive and conversational. The album is dominated by three lengthy tracks: "Dredger of Pig Rolls," "Budmo, Hay!," and the title piece. On the first, after Piket's gorgeous opening solo and the terse, Ornette Coleman-inspired theme, Glod unfurls a remarkable alto solo replete with unexpected intervallic leaps and sophisticated rhythmic twists that belie the inspiration of Anthony Braxton and Eric Dolphy. The first third of "Budmo, Hay!" is a freewheeling duet for Glod and Kugel that stops for an instant, and re-ignites with Piket and Tokar adding fuel to the fire. Though the music that develops out of the title piece's opening sound investigation is initially somewhat pensive and mournful, the quartet catches fire thanks to Kugel's insistent, fiercely swinging drums. The album's second ballad, "Nazar," is a lush study in contrasts, light versus dark, foreground versus background (. . .)
By DAVE WAYNE
NEMU012 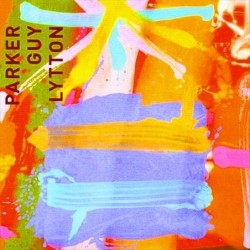