premiera polska: 1999-05-10
kontynent: Azja
opakowanie: plastikowe etui
opis:
Editor's Info:
Sydney based choir Martenitsa was formed by Mara Kiek in late 1990 with the assistance of the Australia Council's Performing Arts Board. Modelled on the magnificent Bulgarian state choirs, Martenitsa has become one of the most highly regarded and innovative choirs in Australia.
In 1988 Mara travelled to Bulgaria for six months to study folk music, choral music and conducting (Plovdiv Higher Institute of Music). On her return, she recruited about 40 singers around the core group Mesana Salata, of which she was a founding member in May 1983.
One of Martenitsa's first concerts was at WOMADelaide in 1992. The choir has since performed in many major concert halls in eastern Australia and has toured with the legendary Trio Bulgarka and Balkana.
In 1993 the ground-breaking work 'Sezoni' was written by Bulgarian Stefan Kozuharov and members of the Mara! band. Performed, broadcast and recorded by Martenitsa and Mara!, 'Sezoni' was first released on Rufus Records through Polygram and was a final nominee for the ARIA award's Best World/Folk/Traditional CD release of 1997
Guest soloist Silvia Entcheva, formerly with Bulgaria's most famous choir, Le Mystere des Voix Bulgares, began performing with Martenitsa in 1994. Silvia appears on the 'Sezoni' recording. 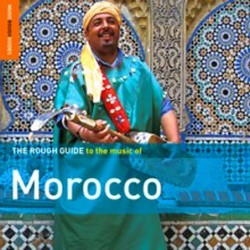 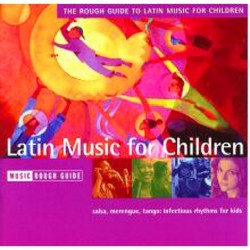 The Rough Guide To Latin...