Editor's Info:
Countless Westerns have centered around the theme of a young turk coming into town to try to take down a legendary gunslinger. Well, for the past couple of decades, Willie Nelson has turned that imagery on its head, attracting countless younger artists eager to soak up some of his musical mojo and infuse the master's work with some of their own spirit.

Moment of Forever, matches Willie with Kenny Chesney. The very idea of these seemingly disparate characters coming together is intriguing enough on paper. What really counts, however, is how it works on disc -- and work it does, with Chesney's production bringing out Nelson's natural warmth and grace.

While he's written some of the most enduring tunes of the past few decades Nelson has long been considered one of the premiere song interpreters of his time, infusing a surprising array of tunes with his singular personality. This record includes a hushed, poignant version of the Kris Kristofferson-penned title track and a super-heated, album-closing version of Bob Dylan's "Gotta Serve Somebody."

The songs that Nelson wrote for Moment of Forever take on many of the same topics addressed in that pair of tracks -- taking stock of a life well lived and considering the possibilities of what might lay down the road. On songs like the sweetly twanging "Always Now," Willie comes across like a man who's come to terms with most of those issues, coming to the conclusion that "there never was a used to be...it's always now."

Other highlights include Willie's take on Dave Matthews' "Gravedigger" and tracks like "Worry B Gone" -- where Willie trades verses with Chesney The easy vibe carries over to the gently celebratory "I'm Alive" -- on which Nelson marvels at life's simple pleasures.
1723622 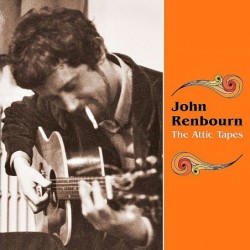