Recorded shortly before John Renbourn’s death in March 2015, this landmark album brings together two of the most important and influential acoustic guitarists of our era. Great friends for over 50 years and regular playing partners for the last two years of John’s life, their mutual respect and musical understanding shines through these historic recordings.

‘It was always a great pleasure to meet up with John and play the odd gig together over the 50 plus years that we’ve known each other, so when the opportunity arose about three years ago for us to tour together – I jumped at the chance. It proved to be a truly wonderful experience which ended all too soon. With a giant personality and sense of humour that endeared John to everyone, he was a joy to be with and in those final few years we became bosom friends as never before.’ Wizz Jones

Riverboat Records is delighted and proud to be releasing Joint Control whose 13 songs wonderfully embody the fruits of that friendship, capturing the two great artists and consummate guitarists performing together live and in the studio. The album is all the more poignant because it represents the final recordings by John Renbourn, the final tracks made just days before his death on 26 March 2015 from a heart attack at his home in Hawick in the Scottish borders.

At the time of John’s death, Joint Control was almost entirely finished. The pair had been working together since the start of the year in a small studio, about an hour from John’s Hawick home. Alongside the sheer artistry of their playing you can’t but escape the warmth of the camaraderie permeating these performances. Most of the songs are drawn from a repertoire honed through their touring together since 2012, the only original composition, Wizz’s instrumental ‘Balham Moon’, was recorded at the insistence of John, who also gave it a title.

Of course, many of the songs date back to that extraordinary period of the 1960s when Wizz and John first met, reflecting the ideas and techniques that were shared by all the young British pickers and the influences which neither Wizz nor John would have hesitated to acknowledge - Big Bill Broonzy, Sonny Terry & Brownie McGhee, Josh White and Davy Graham.

The version of ‘Glory Of Love’ here is one of two performances taken from a brace of Edinburgh shows in 2014, it was learnt via a version performed by Big Bill Broonzy rather than the million-selling hit by The Five Keys. Broonzy’s ‘Hey Hey’ also fittingly opens Joint Control. The other song taped at these shows, ‘Great Dream from Heaven’, is from the repertoire of Bahaman gospel singer Joseph Spence. John was a great admirer of Spence’s work but the song was also a staple of Davy Graham’s set. “It was through Davy that we knew it,” recalled Wizz to Peter Paphides whose fine notes grace this collection. “We didn’t know much more about it than that, but then John researched it and went back to the roots of it a bit more.”

Joint Control is fundamentally steeped in the history of British folk music in the 1960s with many songs by Wizz and John’s contemporaries such as Al Jones and Archie Fisher. Another on the scene was Jackson C. Frank who first arrived in London in 1965, his most famous song, ‘Blues Run The Game’, was one Wizz had never got round to recording. It was only in more recent years that he started to play it, albeit it from Bert Jansch’s version.

Bert Jansch himself is appropriately represented on this album by no less than three performances each one bearing the hallmarks of his unique technique and great songwriting. The unreleased instrumental ‘Joint Control’ is an early example of the reflective, intricate filigree work that would dramatically bear fruit on 1966’s Bert & John album. It was actually recorded for Jansch’s It Don’t Bother Me the previous year but inexplicably left off the final selection. Masterfully interpreted here by John with Wizz, it makes it’s presence here all the more special and significant.

The anthemic ‘Strolling Down The Highway’ first appeared on Jansch’s debut which in the hands of Wizz and John - as eloquently dsecribed by Peter Paphides: “now sounds like a careworn validation of the bohemian aspirations parlayed by Bert and all the contemporaries for whom the guitar represented an escape route from the expectations of their forebears.” The other Jansch song, ‘Fresh As A Sweet Sunday Morning’, from his LA Turnaround album, always provided one of the most moving moments in Wizz and John’s shows together, Wizz would usually look skywards at the song’s close. In the wake of John’s death, this recorded version becomes even more heartfelt and moving.

As much as Joint Control is steeped in the celebrated history that its two participants shared, these genuinely historic recordings also sound utterly fresh and contemporary. John and Wizz had only rarely appeared on record together in the past. John produced (and played a little) on Wizz’s 1972 album Right Now, as well as on 2011’s Lucky The Man so we can be particularly thankful that these recordings were made. As Peter Paphides concludes: “Joint Control is a fitting testament to two musicians who never forgot the spirit of joy and exploration which made them pick up their instruments in the first place, two fires of more than fifty years standing. We’re very fortunate that they managed to capture it in time.”


'This charming, effortlessly classy album is the final recording by John Renbourn... a folk guitar hero's final bow' The Guardian * * * * 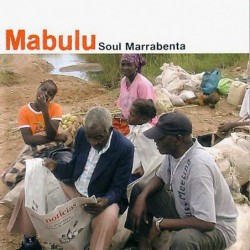 The Rough Guide To Cuban... 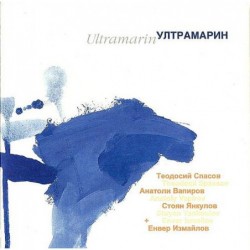