opis:
Editor's info:
Fellow acoustic guitar innovators and long-time friends Wizz Jones and Pete Berryman have unmistakable styles that beautifully complement each other. With textured accompaniment by Simeon Jones on saxophone, harmonica and flute this is an album of great song writing and seamless musicianship.
nspired by hearing Big Bill Broonzy and Ramblin’ Jack Elliot, Wizz Jones learnt his guitar licks from the likes of Davy Graham and Long John Baldry whilst playing in the coffee bars of London’s Soho in the late 1950s. He then followed the time-honoured buskers trail from the streets of Paris to the markets of Marrakech during the early 1960s and returned to Britain with a unique acoustic guitar style, an eclectic repertoire and a right hand worthy of Broonzy! Eric Clapton, Keith Richards and John Renbourn have all named him as an important early influence and in May 2012 Bruce Springsteen opened his Berlin show with Wizz’s song ‘When I Leave Berlin’.

Back in 1960 a be-suited reporter Alan Whicker had filmed a piece for the BBC’s ‘Tonight’ programme reporting on the ‘beatnik menace’ in Newquay, Cornwall. It included two musical offerings from Wizz, one of them a song in the style of Woody Guthrie called ‘Hard Times In Newquay’ (if you’ve got long hair!). The youthful Wizz explained to Alan ‘All I’m interested in is playing the guitar and travelling.’ Unfortunately for the local councillors who spoke about how they were trying to expel the beatniks, the latter had already had a profound effect on the local youth in the shape of Pete Berryman, Pete’s first experience of live acoustic guitar was seeing the very same Wizz Jones, barefoot and busking on the beach in Newquay.

Pete Berryman arrived on the music scene in the 1960s with the Famous Jug Band which also featured Clive Palmer of the Incredible String Band. At this time, he also recorded with Ralph McTell, Al Stewart and in 1971 his influential LP with John James, Sky In My Pie, was released.

Simeon Jones often travelled with father Wizz during the 1960s and 1970s to Cornwall in a variety of jalopy VW buses and Citroens as well as to numerous festivals in the UK and Europe. Avoiding the guitar (perhaps sensibly!) he developed into a superb sax, harmonica and flute player and has been playing since the 1980s a wide variety of music in sessions and on tours with countless blues bands.

The music on this album results from three musicians who have nothing to prove, getting together for a few days and playing assuredly on a few songs and tunes they all love. There are original songs from both Pete and Wizz along with Bert Jansch’s ‘Moonshine’ and Fran Landesman’s wonderful ‘Ballad Of The Sad Young Men’.

Wizz’s song ‘Alone In My Car’ perhaps sums up the overall mood, driving through the night, heading for Cornwall, looking forward to playing some music with Pete and other friends. ‘Playing the guitar and travelling’ – still doing it after all these years. Long may it continue - come what may!

'Jones, Berryman, and Jones have created something special and timeless here' PopMatters 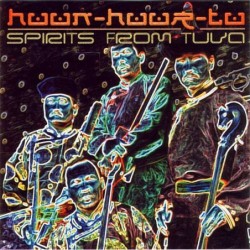 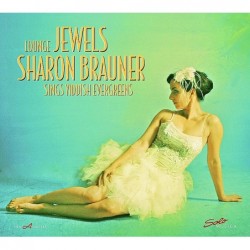