opis:
Editor's info:
The mystical power of Sufi music is explored in this entrancing album. Although the religiously orthodox tried to keep Islam free of music, the Sufis (Islamic mystics) instead sought to harness its power for the service of God. This collection discovers the diversity of Sufism from across the Islamic world. 'a welcome introduction... features some excellent music'
Songlines


All Music Guide:
Most Westerners think of Sufi music in terms of the late great Persian qawwali vocalist Nusrat Fateh Ali Khan or of the whirling dervishes of the Mevlevi order in Turkey. It's not really Westerners' fault that the media have provided few images -- in terms of Sufi culture -- to work with. This volume by Rough Guides offers a solid view of the wealth and diversity inherent in the vast world of Sufi musical art. Along with the more well-known exponents of Sufi music such as Khan, the Sabri Brothers, Hassan Hakmoun, and the dervishes, there is the venerable Sheikh Ahmad Al-Tuni, Abida Parween, Ostad Elahi, Sheikh Ahmad Barrayah, Hamza Shakkur, and numerous others, making this a profound volume of, above all, sacred music from all the different musical traditions in the Indian and Persian worlds. This music is in places popular music, like Hakmoun's, and in most places purely for religious purposes. But no matter what the circumstance, it offers Westerners something that is truly, completely other: a different musical scale, more complex notions of harmony, and divergent paths for the human voice to take as it approaches the sacred. There is deep mystery and truth in this music, it reveals itself gently and amiably and caresses any listener open to encountering it without prejudice. There are other, more complete introductions to the Sufi world out there, however, they are all multiple-CD collections and are vastly overwhelming. This set, on a single, easily digestible disc, tears the veil of haunted mystery back from the Sufi world and offers it with integrity, musicality, accessibility, and elegance. This volume is the introduction to Sufi music.
by Thom Jurek 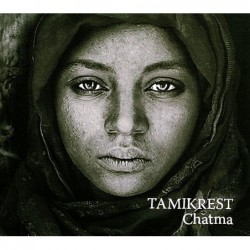