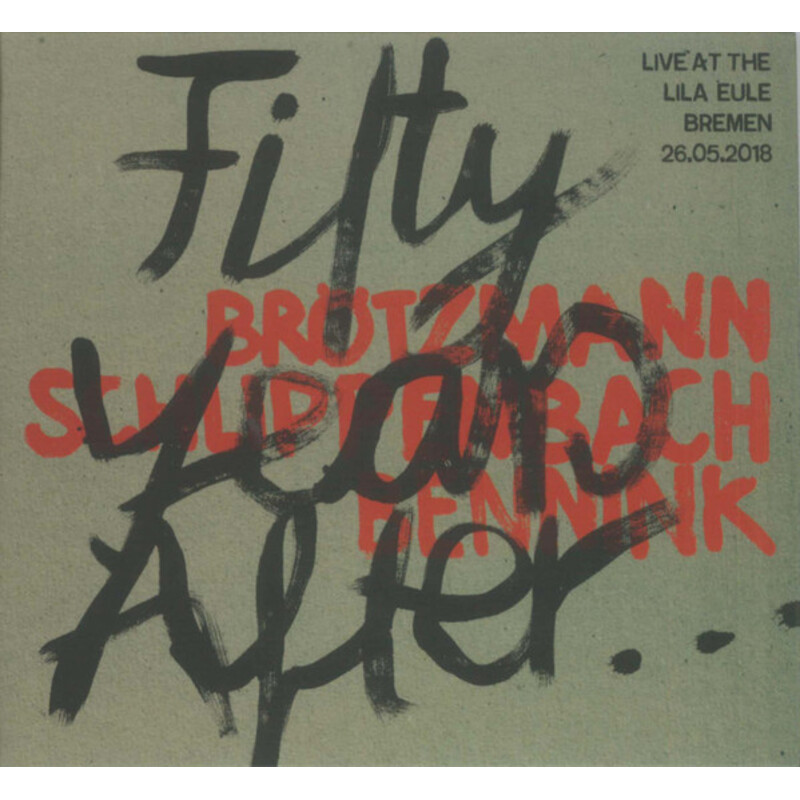 Avant Jazz / Free Improvisation / Avant-Garde
premiera polska: 2022-09-06
opakowanie: Gatefoldowe etui
opis:
Editor's info:
For the celebration of the 50th anniversary of the legendary Machine Gun recordings at the Lila Eule in Bremen, Peter Brötzmann put together a trio with the Berlin pianist, composer Alexander von Schlippenbach and the percussionist Han Bennink, who already sat on the drums 50 years ago. They were so pleased with the music that they decided to release it and continue to play gigs as the trio. Machine Gun was originally recorded in May 1968 by an octet consisting of influential musicians of new jazz and improvised music. Personnel: Peter Brötzmann - tenor saxophone, b-flat clarinet, tarogato; Alexander von Schlippenbach - piano; Han Bennink - drums.

freejazzblog.org * * * * *
German, Berlin-based pianist Alexander von Schlippenbach (born in 1938) and Wuppertal-based reeds player Peter Brötzmann (born in 1941) with Dutch drummer Han Bennink (born in 1942) have accumulated together an unprecedented experience of more than 150 years of experience of playing free jazz and free-improvised music. And, as the title of one of the albums if the Brötzmann-Bennik duo's discography suggests, these great lions are still popular after all these years.

In May 2018, Brötzmann, von Schlippenbach and Bennink were invited to play at the Lila Eule club in Bremen, where the legendary sessions of Brötzmann’s Machine Gun album had been recorded fifty years ago, as part of the club's 60th anniversary celebration. The trio was very pleased with their performance and decided to keep working as a trio. The trio performed again recently in London’s Café OTO.

Their long and winding musical paths of Brötzmann, von Schlippenbach, and Bennink have criss-crossed each other so many times that only a die-hard discaholic can chronicle all their shared meetings and recordings. Brötzmann was a key member in von Schlippenbach’s Globe Unity Orchestra in the late sixties and seventies and played in the pianist early, iconic albums, The Living Music (1969, with Bennik) and Pakistani Pomade (1973). All three played on German trumpeter Manfred Schoof’s classic European Echoes (1969). Bennink played in Brötzmann’s Machine Gun (1968). This octet of Brötzmann yielded a trio with Belgian pianist Fred Van Hove. Later Brötzmann and Bennink continued to work as a duo for over four decades.

Fifty Years After… is an instant classic. Brötzmann, von Schlippenbach and Bennink may have lost some of their raw energy and reckless stamina but they have gathered unparalleled and hard-won wisdom, sober perspective on what we call now free music (and how free it is, if at all) and enough irony and humor to keep their creativity flowing without surrendering to any distinct strategy, school, convention or even genre. Their version of free music sounds fresh and passionate, down-to-earth and unsentimental, and eager to take risks.

Brötzmann, on the tenor sax, begins the first, extended “Fifty Years After” with a typical, fiery howl, that sets the intense, fast and merciless atmosphere, but von Schlippenbach manages to inject later his adaptations of Arnold Schönberg’s serialism while Bennink keeps this piece rolling with his massive, fast shifting percussive patterns. The lyrical, ironic coda of this piece suggests that this trio is much more than a wild beast of raw sounds. When von Schlippenbach takes the lead the trio emphasizes its great love of jazz, in all its forms and eras. The trio swings playfully and soon sketches an angry ballad on the second extended “Fictional Sounds”, with Brötzmann on the tarogato, patiently gaining more rhythmic power and depth as von Schlippenbach and Bennink explore different courses. When Brötzmann picks again the tenor sax this piece is channeled into a hard-swinging climax. Bennink is still the wild card of this trio, sounds as if he is all over, produces an infectious rhythmic patterns on the “Bad Borrachos”, leaving enough space for von Schlippenbach to charge this piece with cyclical, Monk-ish line, and for Brötzmann, now on the b-flat clarinet, to articulate his most touching playing on this performance. The short “Street Jive” dances with the percussive piano patterns of von Schlippenbach, the wild drumming of Bennink and the incisive tenor sax blows of Brötzmann. Bennink and Brötzmann exhaust their remaining stamina on the brief and loose “Short Dog of Sweet Lucy”.

Our planet may have a much better future if we can keep these three gentlemen playing for another fifty years.
By Eyal Hareuveni 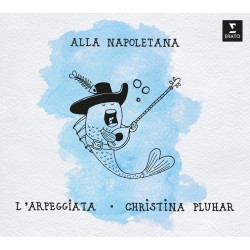 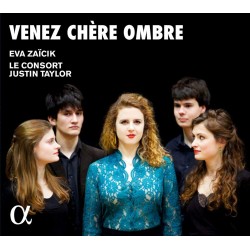 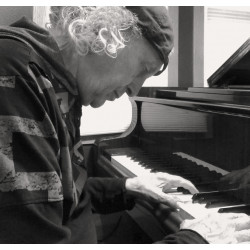 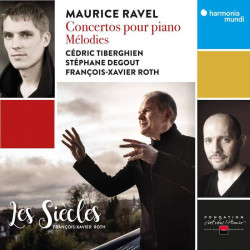