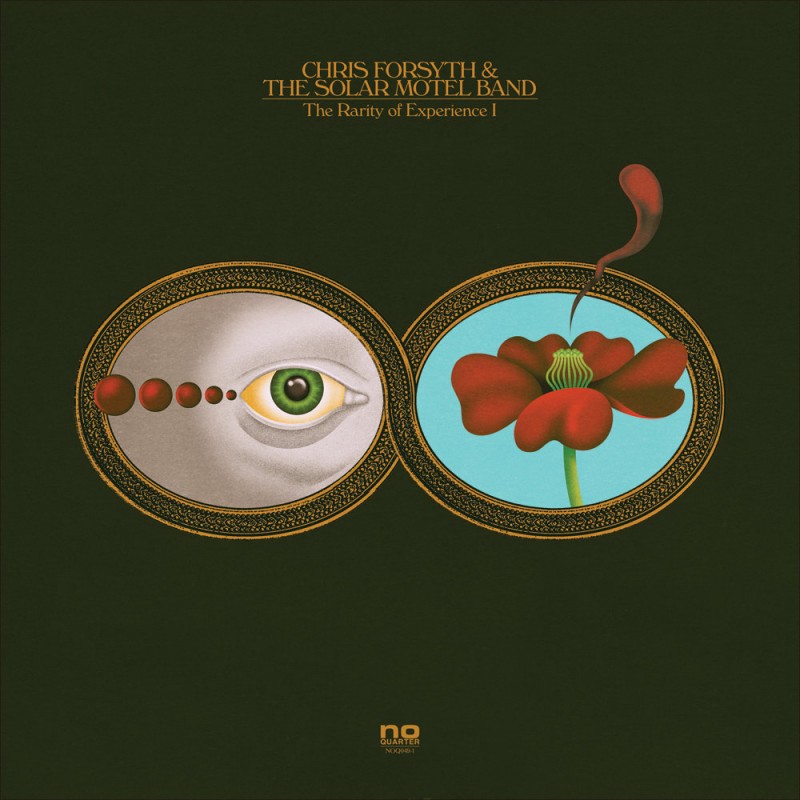 Ten years ago, Chris Forsyth was a very different type of guitar player. As a member of the Brooklyn trio PSI (later Peeesseye), he traded in scratches and scrapes — abstract and confrontational tones that punctuated the group's eerie improvisations. Their shows involved a certain amount of shock and awe, particularly when murmurs turned to shrieks and moody drones gave way to shrill distortion. I recall one band member walking out of a set to antagonize patrons in an adjoining bar while wearing a kind of percussive poncho that clattered as he walked. Some of those people might have cast an ear towards Forsyth's alien-sounding techniques and wondered if the guitarist had any "real" riffs.

He does. Forsyth's work in Solar Motel Band leaves no doubt that he is a shredder of the highest order. The Philadelphia-based quartet, which the guitarist has led since 2013, draws its core inspiration from the more transcendent guitar music of the 1970s. Their largely instrumental music sounds at once meticulously composed and entirely spontaneous, the product of some miracle jam session with no bum notes or wasted moments.

The Rarity of Experience is Solar Motel Band's richest set of compositions to date. The record is laid out — perhaps not unintentionally — like a stellar Grateful Dead bootleg, beginning with concise songs and moving toward long-form, improvisatory drift. At times, like on album centerpiece "High Castle Rock," the band is urgent and energetic. For ten minutes, Forsyth and guitarist Nick Mellevoi are in sustained ascent, modulating through a seemingly endless supply of melodies and patiently pushing towards an extended solo-driven climax. Majestic and intense, the song is an appropriate spiritual sequel to Television's epic "Marquee Moon." On "Harmonious Dance," the band is serene and vibey, couching jammy ambience with swooning chords. "The First Ten Minutes of Cocksucker Blues" channels Neil Young & Crazy Horse, but between its beefed-up percussion and increasingly unhinged brass, there's a bit of Agharta/Pangaea-era Miles Davis in there, too.

Solar Motel's ability to drift and improvise is an important part of what distinguishes the band from other contemporary guitar-oriented instrumental groups. Go-to post-rock bands like Mogwai or Explosions in the Sky tend to eschew individual identity. Their compositions are about accumulation – the gradual build-up of voices, tones, and volume in an effort to generate a monolithic emotional peak. Solar Motel Band's music is more concerned with nuance and interplay, a dialogue between the players. On The Rarity of Experience, a certain amount of noodling is permitted. The destination is often a crescendo, but not always.

In a first for Solar Motel Band, Forsyth provides vocals for a handful of songs on The Rarity of Experience. These are beneficial in that they offer a change of scenery amid large stretches of guitar chatter. As a singer, though, he sounds only half-committed and more than a little self-conscious. On the band's cover of Richard Thompson's "Calvary Cross," Forsyth's delivery is muted. The lines are dutifully muttered in order to set up the good part, the solos — which do not disappoint. As a guitarist, Forsyth has a clear and immediately identifiable voice. His tones and melodies are familiar yet fresh, at once embodying grace and freakiness, tradition and experimentation, the past and the present.
By Aaron Leitko

post-trash.com
Making music that sounds expansive and free is usually intricate, hard work for the people creating it. Musicians get this, music fans not so much. Take the bop jazz of the late 50's, beloved by the Beat gen writers. It was the big push towards artistic freedom that broke new ground for the genre. Allen Ginsberg referred to the music as "spontaneous." Perhaps they were drawing an imaginary line from bop jazz to their own writing style, fast and close to the human subconscious, like Jack Kerouac's long type-written scroll that became On the Road. It's disingenuous characterization. Language is second nature to most of us; it takes a lot of effort to get to that place with an instrument. Bop jazz musicians practiced constantly, played night after night in stingy New York night clubs, many of them driven to a life of liquor and hard drugs not for the creative inspiration but to escape the rigors of their artistic craft. These weren't amateurs blowing random notes out of saxophones; these people were otherworldly geniuses who burned bright. Few made it to middle age.

But enough about jazz, let's talk rock & roll. More specifically, let's talk about the greatest guitar record of 2016 you probably haven't heard, the sprawling double album The Rarity of Experience by Chris Forsyth & The Solar Motel Band. There aren't many guitarists in this world that can play, harness, and manipulate chaos like Forsyth. It's impressive as hell to sound so improvised, lucid even, and to get guitars to moan the exact way you want them to. It's a style of playing that has hints of others, Forsyth used to take guitar lessons with Television's Richard Lloyd. You can hear the influence, but Forsyth is his own beast.

The album starts off with "Anthem I," a grandiose and riff-laden track. The song is like a plane too heavy for flight that never leaves the ground. The pulsating synths play the part of the sky, the guitars the heavy plane. Carrying the analogy over to “Anthem II,” the same plane stays grounded, so they just push it on the ground at high speeds, mowing over anything in it’s path. Here’s where Forsyth’s guitar really starts swinging, taking measured swipes at reaping chaos, with wily harmonics bending to his will over a hefty beat.

Let the records show that I'm a huge fan of two part songs. They were somewhat ruined by the excesses of prog rock and deserve redemption. Forsyth does his part, opening the album with double two-parters. The second set is "The Rarity of Experience, Pt. 1 and 2." Part 1 has echoes of Polvo's cerebral guitar sound, Part 2 the post-punk rigidity of Television.

"High Castle Rock" is easily the cheeriest tune on the album and the most melodic, with riffs firing off the main melody in every which direction, like a haywire firework your drunk uncle lit upside down. The firework goes on for 10-and-a-half glorious minutes. "Harmonious Dance" follows it up as a cool down of sorts with its flow-y, fluid guitar lines. Consider it the underwater level of the album. The song's drowning in a monotonous series of rhythms that eventually float the song back to shore.

"The First Ten Minutes of Cocksucker Blues" takes it's name from a Rolling Stones documentary, but sounds nothing like the Rolling Stones. Perhaps there’s some Wizard of Oz/Dark Side of the Moon phenomenon that happens if you line it up with the film, I haven’t tried. "Boston Street Lullaby" is one seriously unnerving lullaby, almost Pink Floyd-ian in it’s own right. "Old Phase" feels like an instrumental stampede to the finish line.

The album settles in and ends over of Richard Thompson's "The Calvary Cross," a guitar song from a guitarists’ guitarist, sung matter-of-factly by Forsyth, drawing a stark comparison to Thompson’s Brit-folksy croon. It’s in the second half where Forysth’s guitar meanders away and down it’s own path. His solo pays equal respects beautifully to both the low and high strings. To recall back to our the overweight airplane not flying in the beginning of the record, by now it’s worked its way into the sky, flying off into a setting sun.
by Dan Rickershauser 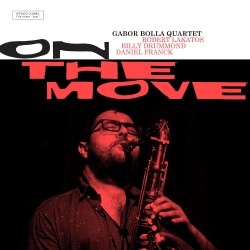 Gabor Bolla Quartet: On The... 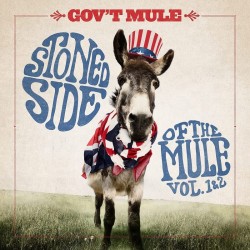 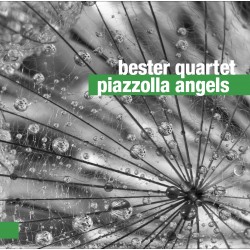 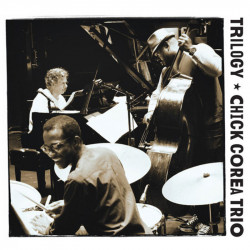