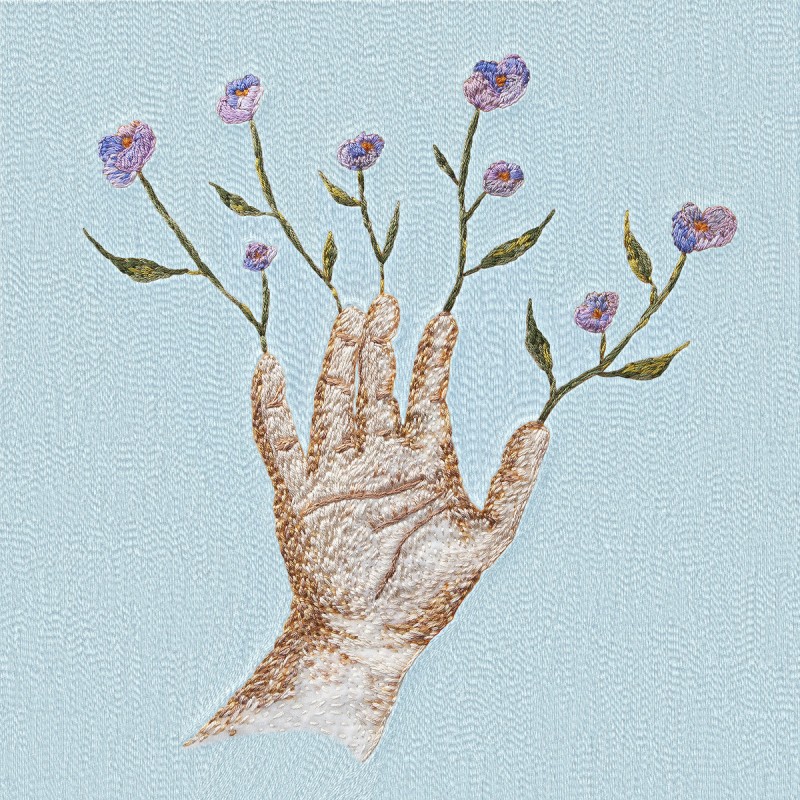 Indie Pop / Alt Country Rock
premiera polska: 2022-05-26
kontynent: Ameryka Północna
kraj: USA
opakowanie: Gatefoldowe etui
opis:
Editor's info:
After 2018’s critically acclaimed Almost opened The Ophelias to a world beyond their Cincinnati home, the indie rock quartet craved a return to a sense of community. “It was surreal for this time capsule of events and feelings, songs written early in college, to be reviewed in outlets like the New York Times,” recalls vocalist/guitarist Spencer Peppet (she/her). The band members no longer lived in the same city—Peppet and new bassist/longtime music video collaborator Jo Shaffer (they/them) live in New York, while drummer Mic Adams (he/him) and violinist Andrea Gutmann Fuentes (she/her) remained in Ohio. In the time since Almost, a fair amount changed: the band members all graduated from college, Shaffer joined as the new bassist, and Adams came out as transgender and started HRT. So when it came time to record the candid, expansive Crocus (due September 24th via Joyful Noise Recordings), The Ophelias purposefully focused on the experimental, communal spirit that fueled their first record. Through songs equally infused with references to the Bible and The Twilight Zone, The Ophelias wring mystic emotion out of the spaces between their past, present, and future.

Crocus retains the complexity of Almost, but revels in the newfound confidence bolstered by the growth and change the band has undergone. “Knowing that I was sharing this intimate side of myself with the world made me want to say exactly what I meant instead of relying on vague images,” Peppet muses. That candor shines on album highlight “Neil Young on High”, a track that finds Peppet’s firefly vocals backed by harmonies from Julien Baker. “I regret never celebrating/ Smaller victories that we saved/ I would do that part over,” Peppet sings, detailing the murky line between the things we mourn and the things we remember.

The Ophelias contrast that lyrical clarity with full arrangements, adding strings, horns, winds, and synths to their already robust compositions. But even on “The Twilight Zone”, which utilizes almost every sonic tool at their disposal, there is intimacy and community. The band reached out to a slew of talented musicians to help flesh out the record, from classically trained bassoonists to friends they’d known since grade school (and even in one case, the parent of a friend). “We are lucky to be surrounded by so many brilliant friends in our hometown— people whose musical sensibilities we really trust, and who also have a good feel for where we’re coming from stylistically in our music,” Gutmann Fuentes says. “It was exciting to invite them in on these songs and let them do their thing.” Through all of the collaborative whirl, the record keeps the four members of The Ophelias at its core and blossoms outwards with the help of their community.

Diverse influences have led the Ophelias further from the staid indie-pop realm. “As a collective we cover a lot of musical ground, in that we individually listen to a wide range of music. Even between the four of us, we have our own distinct sensibilities that set us apart from one another,” Adams says. “There are differences in what the songs in Crocus mean to all of us, and we incorporate elements of ourselves and our own stylistic tendencies into each song. So Andrea might be reminded of a fiddle part from a ‘60s folk band at the same time Spencer is channeling Liz Phair.”

The band recorded at night in a converted and “2000 percent haunted” Masonic lodge, which surely had an effect on the album’s ability to weave darker tones through the taut song structures. Engineer John Hoffman kept spirits high at The Lodge KY, ensuring the Ophelias had the freedom to experiment in the gray area between pain and rebirth. Despite The Lodge’s eerie nature, the ghosts remain personal, finding Peppet facing herself and her truth without blinking. The opening title track threads that needle deftly, simultaneously imagining a present where a past love aches as much as you do, and hoping for a future without remorse. Gutmann Fuentes’ violin mirrors the waves and crests of the song, underscoring the lyrics with layered and precise arrangements.

The Ophelias’ growth has been marked -- so much has transformed and been rebuilt that the Ophelias feel like they’re eagerly reintroducing themselves to the world. “Crocus represents that state of flux, between dreaming and reality or internal reflection and external action,” Peppet says. “I had to wring this all out of my chest, and doing that is very vulnerable. But being in a band with such a strong sense of community, trust, care, and love makes that process a lot easier.”

pitchfork.com
The Cincinnati folk-rock quartet’s third album is artfully and interestingly composed, a snapshot of four people figuring out their identities both as individual humans and as a subtly defiant band.

For a folk-rock quartet that doesn’t rely on electronics or lush production, the Ophelias are hard to pin down. They can sound like Painted Shut-era Hop Along, early 2000s folk, or John Darnielle’s string-heavy modern releases as the Mountain Goats. Even the band’s story eludes catchy signifiers: Initial press claimed the band was made up of former “token girls” in their Ohio bands. Now, the Ophelias return as two women, one newly-joined non-binary bassist, and one trans male drummer. On their third album, Crocus, the band reflects this fluidity; the tense “Spirit Sent” starts out like toned-down PJ Harvey before concluding with layered strings; “Sacrificial Lamb” has adult-alternative hooks inside a lo-fi frame. Frontwoman Spencer Peppet grounds her bandmates’ kinetic energy with introspection, revisiting toxic relationships and dealing with her own self-worth. Crocus is a snapshot of four people figuring out their identities both as individual humans and as a subtly defiant band.

With all the constant movement of the quartet, it is entirely possible to miss the thoughtful, calculated journey Peppet makes across 37 minutes. It’s not officially a concept album, but there is something of a loose narrative: The album follows a series of desperate attempts at closure, devaluing and ruminating about an ex only to wind up missing them even more. Peppet’s legato delivery often abruptly switches at the end of a line, like someone about to escalate a fight before meekly changing course. There are conventional barbs like, “Holding you feels like a bomb went off in my chest,” or, “I was happy with the you in my head,” but the most intriguing depictions of post-breakup grief are the most abstract. “Twilight Zone” stretches the “you’re everywhere to me” trope to low-key absurdity (“I walk down my street/And the trees look like you”), before reprising the theme. On “Spirit Sent,” the first chorus whimsically describes a man witnessing Peppet’s soul traveling through the sky to meet an ex-partner. The ending of “Twilight Zone” is the one time where Peppet doesn’t stop her voice short and plainly admits, after the previous half-hour of moving on, “I’d love to see you.”

Drummer Mic Adams takes greater prominence than previous records, with a roomier sound recorded in a converted Masonic Lodge. Slow-burners “Vapor” and “Vices” in particular benefit from his newfound intensity, his urgency lending more weight to Peppet’s vocals. The band’s approach to arrangements is most effective on highlight “Becoming a Nun,” where a complex beat complements Andrea Gutmann Fuentes’s violins and Jo Shaffer’s three-note bass line. The auxiliary musicians, mostly Cincinnati locals, also play an important role, whether it’s Kate Wakefield sending “Nun” spinning or Jake Kolesar’s ominous melodica over an affectionate, backmasked voicemail from Mia Berrin of Pom Pom Squad on “Mastermind.” There’s a feeling that anything can happen in a song, but nothing that would detract.

If anything detracts from that feeling, it’s the recording and mixing itself, which often undersells the band’s capabilities. The piercing cymbals and midrange-heavy violins tend to drown out Peppet’s soft spoken melodies. “Neil Young on High” borders on sensory overload with the addition of guest vocalist Julien Baker’s harmonies. To some extent, the production style lines up with the intention of revisiting their early music, but it’s at odds with Peppet and the band coming into their own at the record’s best. The chorus of the final song goes “I wanted to be the one that you would take home to your parents/You called me up at two a.m. when I had no other vices,” and especially after the self-loathing of “Sacrificial Lamb” (“At my best, I’m a second-rate plan”), that individuation from a toxic ex is a quiet, unassuming achievement. Forget becoming a nun, becoming a spirit, becoming respectable for somebody’s parents: There’s nothing like chucking those roles aside and presenting yourself as you are.
By Hannah Jocelyn 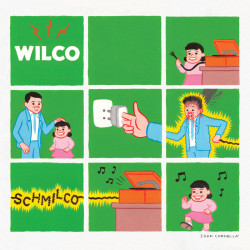 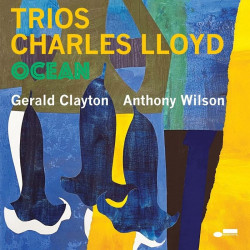 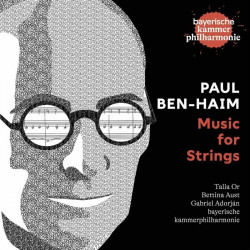 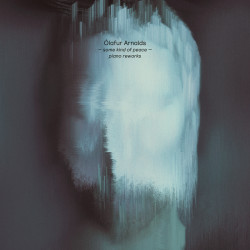