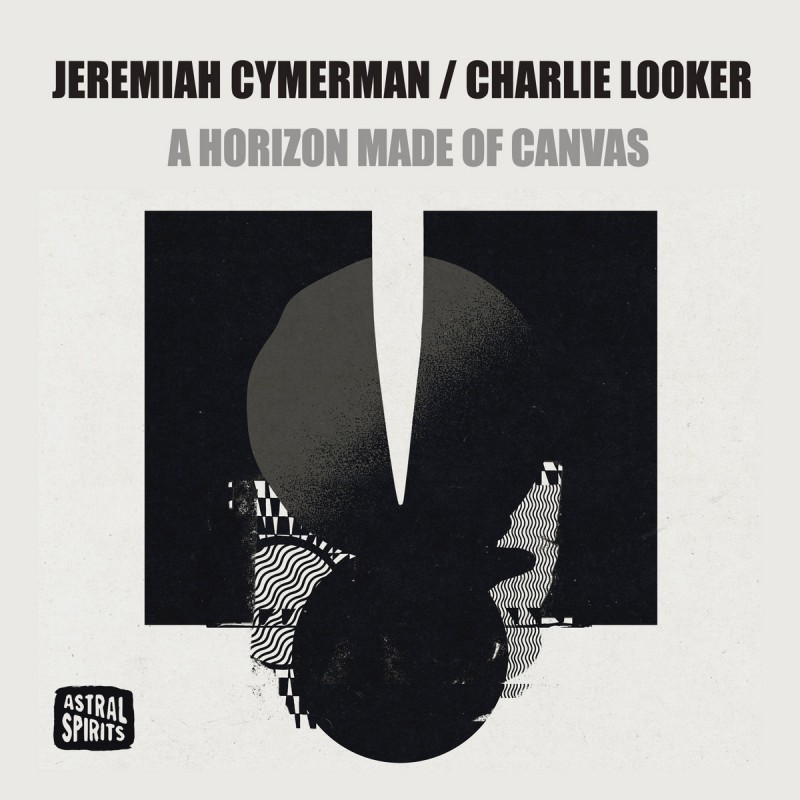 Jeremiah Cymerman, Charlie Looker: A Horizon Made Of Canvas

avantmusicnews.com
There is dark and then there is dark. This series of duets from Jeremiah Cymerman and Charlie Looker fall into the latter, more extreme definition. Cymerman, who has a number of releases out on Tzadik and his own 5049 Records label, plays clarinets and pedals. Looker, a former member of Zs who’s interests span metal, jazz, classical, and Renaissance music, switches between piano and guitars.

Each of the five tracks on A Horizon Made Of Canvas has slightly different instrumentation, which prevents the album from becoming too familiar over its 45 minutes. For instance, Cymerman plays both clarinet and bass pedals to Looker’s piano on The Ecstasy of Betrayal, while Cymerman sticks with clarinet and Looker with acoustic guitar on Speaking of Dust.

While largely improvised, these tracks share a common theme. They are deliberately-paced, thoughtful, and atmospheric. Often sparse in their approach, Cymerman and Looker carve out textures with quiet, brooding lines. Both toy with extended techniques to elicit unconventional sounds from their instruments. There is a modest amount of overdubbing, mostly adding a layer or brief background drone. Perhaps the most overt piece is the shortest, I’ll Show You What You Are, which features Looker on slightly-distorted electric guitar and Cymerman taking on an angular and aggressive role. But the majority of the album explores bleak and melancholy emotions, and does so in a beautiful fashion.

A Horizon Made Of Canvas will be out on February 5 on Astral Spirits. Think of it as doom metal played with alternative instrumentation. Well done.

freejazzblog.org
Two deep impressions about this album. First, musically, it's again an incredibly strong listening experience, full of agony and despair. Second, conceptually, I had to struggle ethically with the incoherent extreme right rantings of the author behind the title of this album.

"A Horizon Made of Canvas" is the title of the first chapter of a very long text by the far right blogger Mencius Moldbug (Curtis Guy Yarvin), who questions concepts such as equality, progress and democracy. Evidence and scientific knowledge are not his forte, and neither are intellectual rigour and methodological discipline. He is inherently racist in his chaotic and often deranged rantings, in which hundreds of concepts and facts are thrown together without any clear line of thought or even a coherent system proposal. What he does create through his writings is a world of dread, in which everything is wrong, everything is manipulated and values do not exist, except biological inequality, and in the illogical chaos he creates he totally confuses principles of ethics such as universal human rights and legal ones such as equality with biological and genetic diversity.

To clarify things, Cymerman and Looker do not support his worldview. Charles Looker explains his history of dealing with Moldbug in one of his blogs, explaining his very personal situation, his vulnerability of the moment, his emotional state and the notions of the author: "My disdain for the Alt-Right is well documented, but Yarvin wasn't Alt-Right, whatever his Wikipedia entry might say. I certainly can't get behind a lot of what he says about race, to say the least. But he's been really inspiring to me in how thoroughly he deflates some of the most fundamental assumptions of the entire modern secular humanist worldview (egalitarianism, democracy, progress). There's a really scary vertigo in encountering a coherent system of thinking that's totally alien, even anathema, to the system of thought you didn't even realize you were living within." I believe Looker needs some more reading and thinking, as well as to reconsider - again - that the core principles of democratic society such as as human rights, equality are not assumptions. They do not exist, yet. They are aspirations, a reality to strive for, for the benefit of everyone.

I can understand the philosophical questioning, the existential despair, and the emotional destabilisation by reading all this, leading to a deep-rooted angst about our presence and place in the world and the universe.

The other titles on the album are also inspired by authors and thinkers whose worldview is inherently pessimistic:
French novelist Jean Genet (1910-1986) (The Ecstasy of Betrayal) - "Anyone who hasn't experienced the ecstasy of betrayal knows nothing of ecstasy at all."

Another French novelist Joris-Karl Huysmans (1848-1907) (Speaking of Dust) - “Speaking of dust, 'out of which we came and to which we shall return,’ do you know that after we are dead our corpses are devoured by different kinds of worms according as we are fat or thin? In fat corpses one species of maggot is found, the rhizophagus, while thin corpses are patronized only by the phora. The latter is evidently the aristocrat, the fastidious gourmet which turns up its nose at a heavy meal of copious breasts and juicy at bellies. Just think, there is no perfect equality, even in the manner in which we feed the worms.”

As Cymerman writes: "Each of these writers (and many more!) have opened up ways of thinking for me that require questioning the world around you and participating actively with subversion (in this case free improvised music)".

I truly did have to get over the sick thoughts of Moldbug to get to the music, read it, try to capture what he wrote (and I have read a lot of philosophy in my life, but clearly this does not qualify as anything close to a coherent philosophical argumentation). And despite the explanations, it still bugs me and even made me hesitate to review the album. It meant reading ideas that are morally and ethically rejectable by any human standard. When you reject equality, by implication you assume some superiority (biological, ethnic, religious, ...). When you reject democratic principles, by definition you advocate for the power of the few over the many.

Back to the music now. The duo are Jeremiah Cymerman on clarinets and Charlie Looker on guitars and piano.

Like with the other albums by Cymerman, the sonic universe created is one of desolation and despair. The dark and moaning sounds of the clarinet are perfectly balanced with the somber and raw tones of the guitar or piano. The music is slow, carefully crafted and deeply emotional.

"The Ecstasy of Betrayal" starts with sparse single piano tones, and absolutely haunting clarinet sounds, which slowly, gradually develop towards a crescendo, pushed forward by a deep foundation of dark electronic undertones. The inherent contradiction and conflict of the title is a sensation that pushes you to feel, and to feel deeply.

In "Speaking Of Dust", Looker switches to guitar, in a very like-minded structure: limited guitar tones, a dark and solemn dialogue with high reverb of the clarinet. We are somewhere at the edge of infinite space, taking a step further than we are allowed. The piece is full of foreboding and dread.

"I'll Show You What You Are", is the short centerpiece of the album, with arpeggiated chords on the guitar creating an eery atmosphere for Cymerman's clarinet. The long title track is the real 'piece de résistance', again introduced by single piano chords and dark electronic rumblings inviting you straight to hell. It is slow, it does not really evolve, but just changes shades of darkness, like a grand panorama of severe devastation and ominous desperation.

The last track continues in the same vein, with a repetitive chord progression on the electric guitar setting the scene for horrifying clarinet phrases.

The music is all about the uncanny sensation that reality is not as it seems, that there is something darker and more ominous behind it, something that we are not allowed to qualify or even to name. The only thing left is this experience of existential angst expressed in the only way possible: music, this music. All the references, all the solid foundations have disappeared, as well as the frameworks that kept us together, and possibly kept us sane. It's the terrible personal experience that you, as the individual are alone in a very hostile and incomprehensible society and universe.

You can only appreciate the quality of the music, and the deep commitment of both musicians to go very deep and very far into unpleasant territory. That's what you expect from art, to be uncompromising and radical and daring.

As a true democrat, I will let them the opportunity to have their opinions and and worldviews, even if from what I understand it's more the questioning that attracts their attention than the actual answers provided.

I will let the listeners judge.
By Stef Gijssels 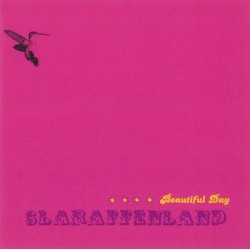 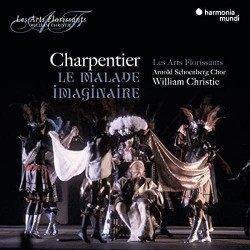 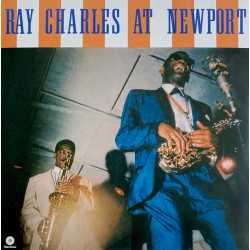 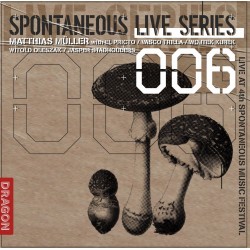