Indie Rock/Muzyka alternatywna
premiera polska: 2013-06-06
kontynent: Ameryka Północna
kraj: USA
opakowanie: kartonowe etui
opis:
Editor's Info
Daniel O'Sullivan and Alexander Tucker are long time friends and collaborators. Both artists are veterans of the UK experimental underground: O’Sullivan as a member of Guapo, Ulver, and Aethenor (with Stephen O’Malley), and Tucker with imbogodom and as an eclectic (read: Yeti) solo artist. On their newest album as Grumbling Fur, Glynnaestra, they have crafted an avant-pop album assembled as one would a collage. This structural foundation is built up via an eclectic array of instruments, both acoustic and modified, to pulsating electronic sounds. Add to this mix the pair’s entirely modern shamanistic meta-narratives, and the result is a contemporary psychedelic pop delight. Grumbling Fur’s world is an innovative one, where every sound contains its own unique story, and is driven by the overarching melody and harmony. O’Sullivan and Tucker write pop songs for the sophisticated palate.

The songs on Glynnaestra, have many reference points, from the paean to Blade Runner on the anthemic “Ballad Of Roy Batty”, to the distant siren song of the ice-cream van on “Cream Pool”, and even slow burning, molten proto-hip hop on “His Moody Face.” Mutant electronic rhythms bubble and pop underneath swathes of strings. Glowing at the centre are the duo’s unmistakable vocal harmonies, which seem almost telepathically entwined. Throughout, their experimental pedigree shines through, from the mournful cello and guitar of the title track to off kilter percussion of “Alapana Blaze.”

Grumbling Fur surfaced with debut album Furrier (Aurora Borealis) in 2011. The record was an assemblage from a one-day recording session involving Jussi Lehtisalo of Circle and Pharaoh Overlord and Dave Smith of Guapo, resulting in a suite of psychedelic mantras. The first outing as a duo, Alice, is a session recorded live in the studio for Southern Records' Latitudes series in 2012, and was inspired by a psychoactive houseplant and the rabbit hole therein.

As their history attests, this is a group unbound from the restrictions of traditionalism and unafraid to shed the pretence of pure abstraction. There's a tradition of subterranean Englishness at play, harking back to This Heat's Deceit and Eno's Another Green World. In their first fully realised album as a duo, the process and texture ripple with a kind of electro-gnosis. Glynnaestra herself (an archaic goddess divined by Tucker and O'Sullivan) presides over the record, transcendent and sphinx like: an apt muse for an album of such lovely and powerful music. 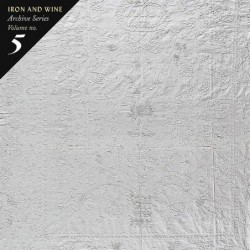