Editor's Info
In April 2007, Sunderland trio Field Music announced in a round-a-bout way that they were clearing their diary of all band activity in the hope that a change of situation and expectation might help them to become as productive as they'd always hoped they would be. They tried to make it known that they had no intention of splitting up in the acknowledged sense, but would instead use Field Music (as a group of people, a company, a way of working) as a tool to help the three core members, individually and collectively, to get creative and produce more and better music, expanding on the ideas hinted at in their two and half critically-acclaimed albums, 2007's Tones of Town, Write Your Own History, a collection of b-sides and early feet-finding released in 2006, and 2005's eponymous debut.

Since Field Music's final tour of the US last March, David Brewis has been busily piecing together this first School of Language record, which can perhaps be seen as the first test of the above proposition. Primarily recorded by David alone and consciously susceptible to the cut-and-paste, multi-tasking tangents induced by laptop recording, these constructions are resolutely un-band-like, veering between the intricate and unplayable and the solitary and unadorned, their cohesion stemming from an embrace of all that is most obtuse and personal.

The album is bookended by the quartet of "Rockist" tracks, a series of daydreams on words, their meanings and the decisions which follow from them, all underpinned by a collection of incessant looped voices.

Sea From Shore can, in some ways, be seen as a companion piece to Field Music's Tones of Town but where that record was preoccupied with the choices resulting from questions of time and place, here time is tied to people - often because of their absence, but at other times because their closeness is what rejuvenates us.

Adding a collaborative presence, Sea From Shore features one or two cameo appearances from David's hometown friends. Barry Hyde of The Futureheads plays guitar and sings on "Disappointment '99", while the same band's David Craig, sings on both "Disappointment '99" and "Extended Holiday", along with former star of Kenickie and Rosita, Marie Nixon and their friend Sarah McKeown. School of Language's live appearances, however, have thus far been completely solo - a one man and his guitar performance about as far removed from the current crop of anodyne singer-songwriters as it's possible to be. 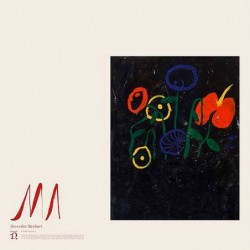