www.dustedmagazine.com
'...The album, now called Mansion [the band's original name], was originally supposed to be called Ain't Nothing Special No More, and that makes sense. This album is about change, loss, and acceptance, and by the time you reach a cut like "Get That Gem," with its rambling drums, ferocious slide guitar, and lumbering piano, the abandoned title becomes clear. You can hear it in the painful, off-kilter vocals of songwriter John Klos, and the blissfully unsteady guitar work of John Von Herrick. It could almost work as a concept album. The opening cut "Celebration" captures the relief that comes with the breakup, but by the time you reach "Get That Gem," the sobriety of the situation is too much to bear.
To the satisfaction of the haters, there are certainly shades of the "Chicago Sound" contained within. After all, the album was recorded at Soma and Clava [Chicago's studio institutions], and John Herndon appears a few times. But the Boas' sound is one of the more distanced to come out of Chicago in some time. While elements of Califone and Joan of Arc can be found, the group takes those influences and mixes them amidst classic rock insignias and white-boy soul. The instrumentation [Guitar x 2, bass, keys, drums, vox] is reminiscent of Califone, and the group's songwriting methods operate similarly to Joan of Arc - deconstructing song fragments and assembling them to create a distinct and often incoherent album...' [Stephen Sowley] 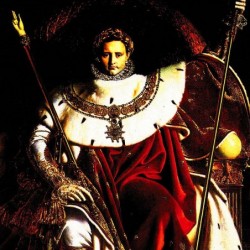