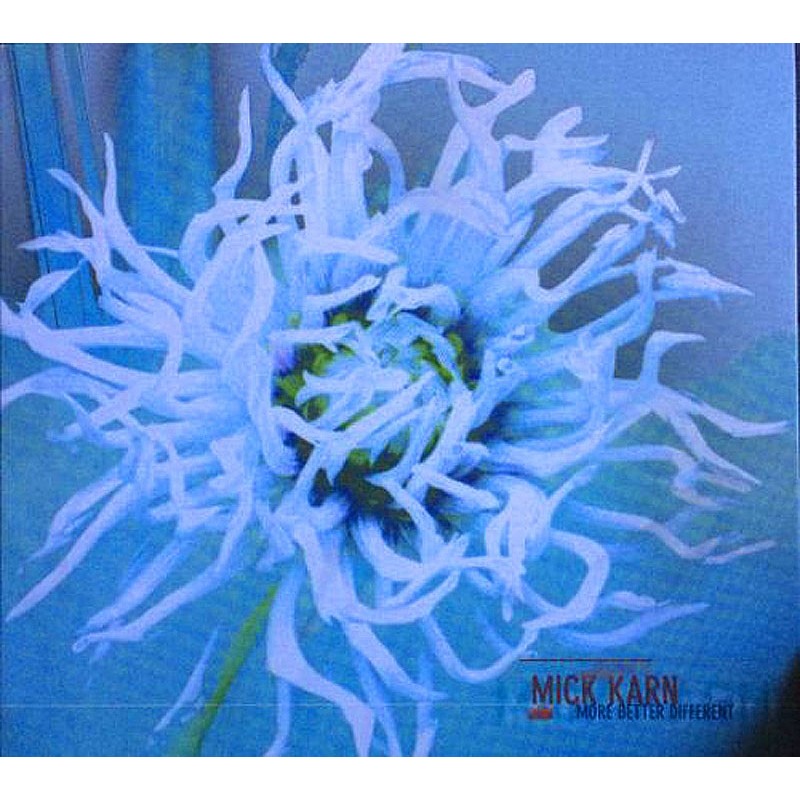 opis:
popMATTERS:
First and foremost, Mick Karn is an aural artist. He also maintains a successful profile as an expressive and original sculptor, which provides further insight into the visionary nature of his artistic development, but it is his passion for music that has dominated his career. One of a small handful of brand-name New Romantics who evolved beyond the constraints of pop music even before the scene was over (see also Midge Ure, Mark Hollis, and Karn's compatriot/nemesis from Japan, David Sylvian), Karn's output makes an appropriate backdrop for galleries and installations, yet remains dramatic enough to distinguish itself from the sonic wallpaper qualities of more typical ambient music. The title More Better Different summarizes the ways in which the expectations for yet another Mick Karn record (his ninth) can be defied or surpassed, and as such it announces one of the better music-for-art's-sake records released in a long while. But just as visual artists aren't always expected to use new media to render something previously unknown, Karn reuses common tools in distinct (e.g., more, better, different) new methods to express something familiar.

As he began honing his artistic approach long ago when Japan was disbanded in 1982, and has since found his particular voice, Mick Karn is content to further deepen and explore his individual strengths. He is simply the most accomplished and recognizable bassist to emerge from the new wave era, and his melodic, liquid fretless bass work is the trademark that marks him as a legend. Despite the positive enhancements of funky rhythms, moody woodwinds, and computerized effects that sophisticate the pieces while widening their accessibility, the organic framework of the record -- the muscle, bone, and nervous system combined -- thankfully remains Karn's stellar bass playing. And while More Better Different also contains agreeable nods to recent trends in electronic music -- "The End Gag" feels like a less beat-driven Röyksopp, while "Pulsating Puddles" has the same quivery, slightly processed sound as Amnesiac-era Radiohead, in which natural voices and unaffected instruments can almost, but not quite, be recognized through the otherworldly weirdness -- the record primarily stands out of time. As with other artists not content to play the games of the music industry, including David Sylvian and Brian Eno, Karn's artistry remains unrestricted and pure.

The album initially showcases easy-going funk and jazz elements for the first few tracks (Karn is a bassist, after all), but all of these are dissimilar and memorable. For example, "Atyan B-Boot" features a vocoded snippet, played forward and backward, as its primary hook, providing a surprisingly inhuman twist while propelling the piece into its own subgenre, such as science-fiction funk. Though the end result is not far removed from Eno's early '90s recordings, Karn differs from Eno in that Eno's approach is as important as the final product, he spends as much time, if not more, overanalyzing and developing the intellectual processes he utilizes. Karn is not just an artist, but also a musician -- unlike Eno. And as complex and unpretentious as More Better Different ultimately sounds, Karn appears to have constructed these pieces at least somewhat instinctively, with 30 years of training behind him.

The remainder of the record focuses on atmospheric mood pieces, some akin to Japan's later work (but prior to Rain Tree Crow). In fact, a couple of the numbers, namely the uplifting closer "Great Day in the Morning" and the appropriately-titled centerpiece "The Show", are so similar to fully-developed Japan pieces that they suggest Karn's songwriting role in Japan during its heyday might have been greater than David Sylvian would admit. At other times, Karn's compositions are strictly his own. "Wishy-Washy Wishing", the most cinematic and conventional of the pieces here, has an almost classical structure to its musical themes, recalling both the instrumental work of early-'80s Tuxedomoon and a variety of BBC or PBS miniseries soundtracks. The album's one misstep is the smoky, guttural spoken bit on the otherwise aimlessly despondent "Never Thought". Although the vocal gives the track a much-needed anchor, as the bassline is alternately too noodly or subtle to grasp, the lyrics demonstrate poetry to be the one artistic area in which Karn does not excel.

Ultimately, the record is a tasteful and attractive example of what Mick Karn has to offer, it emphasizes his mastery of all that he has tried before, yet never obscures his obvious gift as a bass player. When placed in the context of his musical career, it may feel like just another addition to his impressive oeuvre, though if translated into a visual arena, More Better Different would feature the sharpest colors, the most alluring textures, and the most striking compositions in the gallery. Its addition raises the caliber of the whole show.
by Richard T. Williams
KSCOPE416 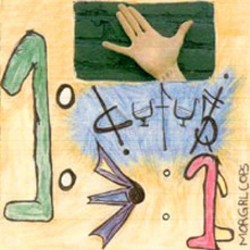