Rhythm&Blues/Soul/Rock'n'roll
premiera polska: 2009-11-02
opakowanie: plastikowe etui
opis:
Editor's Info:
A digitally remastered version of the Rolling Stones' 1991 film Live at the Max — the first feature-length concert movie to be shot using IMAX technology — will be released on Blu-ray and DVD tomorrow, November 10th. Live at the Max was filmed during the Stones' 1990 European tour in support of their album Steel Wheels, which celebrates its 20th anniversary this year. To this day, it remains the most successful IMAX concert film of all-time.

While your TV set isn't exactly a towering IMAX screen, you still will be able to appreciate Live at the Max's crisp picture and excellent audio quality. In addition to the Stones' greatest hits, ranging from "(I Can't Get No) Satisfaction," to "You Can't Always Get What You Want," the 90-minute film also boasts a trio of Steel Wheels songs.

The DVD release of Live at the Max comes just a week after the Rolling Stones' reissued perhaps their most famous live document, Get Yer Ya-Ya's Out! The Rolling Stones in Concert, for its own 40th anniversary. Another Stones' film, the controversial 1972 documentary Cocksucker Blues, recently had a rare screening in New York. 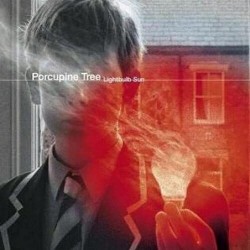 The Empire Strikes Back - A...