Back in '99, Dr. Israel was in the midst of his first west-coast tour in support of his new album Inna City Pressure. He was the toast of the music press, receiving great coverage in Rolling Stone, Vibe, LA Times & The Village Voice, among others. Inna City Pressure had sold over 10,000 copies and Doc was, as they say in the Biz, "on his way." Unbeknownst to Doc, the label had closed its doors for good midway through the tour, leaving Doc 3000 miles away from his home in Brooklyn supporting an album that no longer had a label. "They stopped returning my calls. Then all of a sudden their phones were shut off. We basically said, 'Alright, what's next?' " says Doc.

Next for Doc was to go underground, where his dismay with the music business fueled his creativity. Doc quietly released two albums on indies and collaborated with all sorts of folk, from Sepultura to Skiz Fernando of Wordsound. He also opened a multi-studio complex in Williamsburg, Brooklyn which houses Doc's own studio, Revolution Sound, as well as the studios where TV On The Radio and the Yeah Yeah Yeahs record (not coincidentally, members of TV On The Radio appear in the music video for "Tetze" from Patterns...). It was during this period that Doc began experimenting in his studio with two friends. One was a young vocalist with loads of raw talent and little professional experience whose dynamic vocals (think Sade playing w/ fire) deeply impressed Doc. She is Lady K, and Patterns of War is her first time on record! The other, an Israeli-born chanteuse named Chemda, world music fans may recognize as one of the vocalists (along with Sinead O'Connor & Poe) in Conjure One (Nettwerk). Chemda's confident wail also graced Dr. Israel's second record, back in '95.

The result of those collaborations is Dr. Israel Presents Dreadtone International - Patterns of War-Doc's first album in over 3 years and his first "proper" album in even longer. It also marks the return of a huge talent to the world music genre. Anyone who's heard Doc's classic Inna City Pressure (reissued by ROIR in August) knows exactly what I mean. Patterns of War augments the rock bombast of that album with dark, worldly grooves that showcase not only Doc's thick baritone but the vocals of Dreadtone International members Lady K and Chemda. As with Inna City Pressure, Doc's soulful production, deep vocals, and global-urban consciousness allow Patterns of War to freely roam the earth while remaining grounded in Brooklyn's gritty streets. Think Massive Attack vs. Sade vs. Bob Marley. Heavy, heavy bass lines, thundering beats, beautiful melodies, pristinely produced vocals, and conscious lyrics paint an overall soundscape which is as powerful as it is unique.

OF DR. ISRAEL:
"Deserves to be the sort of Next Big Thing the many, many publicists who get wet over the smooth integration of genres claim he's going to be...The doctor really understands what dub, jungle, punk, metal and reggae have in common, and is demonstrably skilled enough to make them work together. In doing so, he drives home musical points that an army of hack critics haven't yet been able to figure out." - NY PRESS

"His compelling music, his beautiful voice, and his powerful presence are so fucking impressive that you know he's gonna be huge. So sit back, chill out and inhale the wisdom, then go out and buy the damn disc!" -Steve Blush, SECONDS

OF INNA CITY PRESSURE:
"Dr. Israel's Inna City Pressure is as catchy a fusion of dub-ragga weirdness and power-chorded rock as you'll ever hear. The butter-baritoned Brooklyn toaster herbalizes a soulful kind of doomsday, introducing Jah apocalypse to metal apocalypse in a Black Sabbath cover ("The Doctor Vs. the Wizard"), updating the Clash's update of Willie Williams' "Armageddon Time", and collaborating with Rancid's ragged soccer louts in a toughening of their recent "Coppers." He also approximates the foreboding urban relief of Stevie Wonder's "Living for the City" in a gorgeous good-kids-gone-bad parable called "Life in the Ghetto." Even when he drifts a bit into drum-and-bass bong-water atmosphere and mystic conspiracy-theory nonsense, Dr. Israel manages to keep his bare feet grounded, not since Unity, by fellow New Yorker Shinehead a decade ago, has a raggamuffin sounded this original or this inspiring. 3.5 stars." -Chuck Eddy, ROLLING STONE

"The album is both a history lesson and foretelling prophecy to the suburban rude-boys and girls looking for the futuristic, afro-mythic dub versions on The Clash. Buy this record." -URB

"Suffused in gritty urban poetry, a sense of humor, a surprising respect for hard rock (Rancid and Clash covers, not to mention a whole song based on a loop of Black Sabbath's "The Wizard"), and a deeply rooted sense of spirituality, records such as Dr. Israel's late-'98 Inna City Pressure rise above the base elements of today's stoned-slow reggae, melody-deficient hip hop, songless electronica, and crotch-grabbing Korn-metal." -VILLAGE VOICE

"Of special notice is a truly ragga remake of "Armagideon Time,"...It's safe to say, with the improved production, that this may just be better than the original." -MTV.com

"In a rational world, this irresistible fusion of reggae, dub, hip hop and jungle would be on every radio station's playlist & booming out of every car stereo...a remarkable album. This is one of the best CDs of the year (1998). 4.5 of 5" -ALL MUSIC GUIDE

"The most adventurous and cohesive reggae album of the late 90s...one man's testimony concerning the plague of American urban violence and its effects on the spirit...no mere stylistic smorgasbord - it's the most fully realized reggae concept album since Bunny Wailer's now decades-old Blackheart Man, and it reflects a level of originality and power that's rare in any genre."
-Norman Weinstein, BOSTON PHOENIX

"Drawing on a deep understanding of classic dub and reggae forms, this Brooklyn-based dub poet blends them with jungle, ska, funk and rock to create a liquid collection of truly global grooves." -LA TIMES

"A jaw-dropping, multifaceted release. Forget whatever preconceptions you might have regarding what a dub or reggae record is supposed to be like, because Inna City Pressure moves beyond them with an amazing power." -MEAN STREET

DREADTONE INTERNATIONAL BIOS:
Lady K a.k.a. Kaia Brown and Dr. Israel could be brother & sister. Apart from looking alike, they share similar backgrounds (roots in Philly, identical ethnic makeup) and a proclivity for tattoos. They also enjoy a healthy rivalry that graces most sibling relationships. Doc met Kaia after he placed an ad on Craigslist.org looking for a female vocalist. Kaia answered, lying about her age (she was only 20 at the time) to get her foot in the door. An audition was followed by a handful of serendipitous meetings, from ending up on the same street corner in Manhattan to the same out-of-state train. They realized it was meant to be, that Doc was Kaia's brother from another mother. A few weeks later, Kaia was in Doc's Revolutionsound Studio starting work on "Patterns of War".

Chemda was born in Tel Aviv, Israel to an Iraqi mother and Iranian father. Her family moved to NY when she was five. In her early 20s, she began performing at the legendary Surf Reality. By day, Chemda, along with her boyfriend Keith, can be heard on the popular podcast, "Keith and the Girl". They earn a living as clowns, literally (Keith was actually mugged once in Harlem while wearing his Elmo costume). By night, Chemda is a member of both Dreadtone International and of Conjure One, who recently released their second record on Nettwerk. 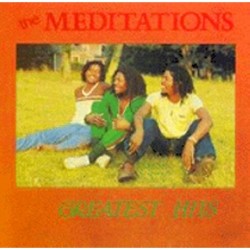