The Rough Guide To Buddy Holly & The Crickets

opis:
Editor's info:
Buddy Holly’s influence was as profound and eternal as his career was brief and tragic. Over little more than two years between 1956 and 1958, he wrote and recorded some of the most iconic rock and roll records of all time. This lovingly remastered selection of classic tracks pays tribute to a legend whose musical legacy lives on.

Buddy Holly’s influence was as profound and eternal as his career was brief and tragic. Over little more than two years between 1956 and 1958, he wrote and recorded some of the most perfect rock’n’roll records of all time. Half a dozen years later when the Beatles appeared on The Ed Sullivan Show, the first question John Lennon asked was, ‘Is this the stage Buddy Holly played on?’

Born Charles Hardin Holley in Lubbock, Texas on September 7, 1936, he began singing country and bluegrass as a duet with his childhood friend Bob Montgomery. But all that changed when he heard Elvis Presley for the first time. He borrowed the money for a Fender Stratocaster and his recording career began in early 1956 when he travelled to Nashville to cut several sides for Decca. Released under the name Buddy Holly after the label had misspelt his name, from those sessions ‘Blue Days, Black Nights‘, ‘Love Me’, ‘Modern Don Juan’ and ‘You Are My One Desire’ are included here.

When these early releases failed to chart and his contract was not renewed, he teamed up with producer Norman Petty at his studio in Clovis, New Mexico, where they cut a demo of ‘That’ll be The Day’.

After the tape had been sent to Brunswick, the label was so impressed they didn’t bother re-cutting the song but released the demo as a single in May 1957.

It took Holly to number one on both sides of the Atlantic and over the next 18 months an unstoppable flood of great songs followed.

Those released on Brunswick – including ‘Peggy Sue’, ‘Everyday’, ‘Oh Boy’, ‘Not Fade Away’ and ‘It’s So Easy’ – were credited to The Crickets, the group Holly fronted and which featured Jerry Allison on drums and Joe B Mauldin on double bass. Others, released on the Coral label, were credited to Holly alone, including ‘Words Of Love’, ‘Rave On’ and ‘Heartbeat’.

In reality, the distinction meant little, although the recordings credited to the Crickets were perhaps a little tougher and the solo releases displayed a softer and more vulnerable style.

Holly’s final session in October 1958 in New York, without the Crickets, produced ‘It Doesn't Matter Anymore‘, ‘Raining in My Heart‘, ‘Moondreams‘, and ‘True Love Ways‘, all of which are included here.

Four months later on February 3, 1959, after a concert in Clear Lake, Iowa, he took a small charter flight en route to the next show. When the plane crashed minutes after take-off, Holly, Richie Valens, The Big Bopper and the pilot, were all killed instantly in a tragedy commemorated by Don McLean as ‘the day the music died’. Thankfully, it didn’t, for although Holly was only 22 when he lost his life, his songs remain destined never to fade away.
RGNET1355CD 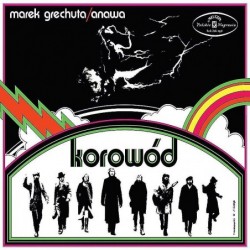 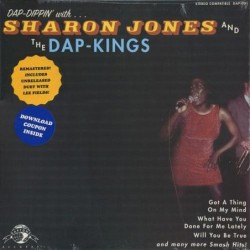