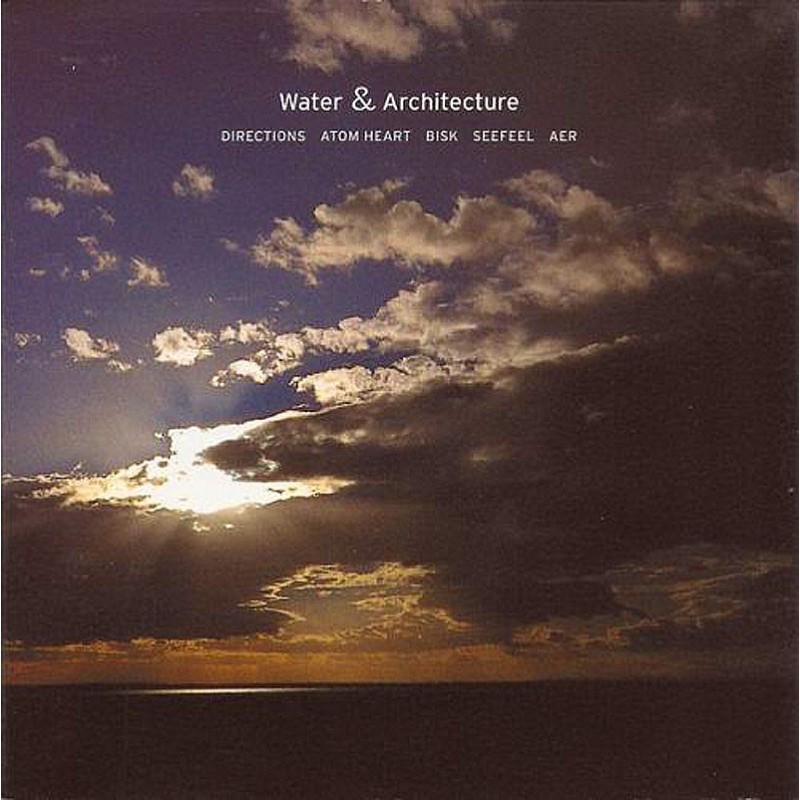 opis:
Editor's info:
Eight record of a thematic series of 9.
Published from 1993 to 1998 called Utopian Diaries.
Water & Architecture was released in 1998.

Nature, cities, water, concrete... Water eating rocks, shores. Cities eating landscapes, life. Those two elements are interconnected, though fighting. In between there are humans, needing both elements to survive. A shelter to protect the close to 70% of water a body is made of. What is the connection, the dialogue, the potential of construction/destruction? What is the impact of architecture on water, what is its influence on modern cities?

Seefeel
Too Pure, Warp... Seefeel was some unique act in the pop-electronica scene. Somewhere in between folk-dub-intelligent electro. These two tracks are mixing natural rhythms, minimal electronica...

Atom Heart
It was the first track released by Atom TM in his new studio located in Santiago. It starts as some German techno groove to end into some electro-'limbo'.

Including 29 notes on water & architecture
by Guy-Marc Hinant.
Photos and design by Jon Wozencroft.