Editor's Info:
Clogs are a sister band to The National featuring Padma Newsome on strings and Bryce Dessner on guitar. Their fourth album is their finest and most varied effort to date as the group augments their unique sonic palette (acoustic guitar, strings, percussion, bassoon) with melodica, ukulele, and mandola - and Dessner goes electric! Especially recommended if you enjoy fellow travelers like Rachel's, The Books, Bell Orchestre, or even Moondog, Erik Satie, and 16th-century lute player Johann Hieronymus Kapsburger.

Pitchforkmedia.com
When trying to describe Clogs' music to other folks, it might be better to forgo any genre distinctions and head straight for the thesaurus so you can find fresh and exciting ways to say 'sublime.'

Uncut by Chris Roberts
Clogs, who cluster around guitarist Bryce Dessner and violinist/multi-instrumentalist Padma Newsome, would resent being referred to as The National's artier spin-off project. Having met at Yale School of Music in the late '90s, they predate our Alligator favourites, and have released three previous albums of experimentation and minimalism. Simplistic reference points for their mesmerising use of repetition and polyphony would be Moondog or The Penguin Cafe Orchestra. But the "contemporary classical" tag doesn't do justice to their cinematic, intense instrumental narratives: like Mogwai's, they tend to build to within an inch of breaking point. Rating: 4/5

PopMatters.com (Internet) by Dave Heaton
Clogs don't seem to be aiming at one particular audience--neither the indie "post-rock" fans or the more "sophisticated" classical fans. They seem like an outfit with their own personality, doing as they please. That of course, is always a format for artistic success when you're dealing with musicians as talented as the members of Clogs. By being themselves and avoiding easy categorization, they take listeners through multiple sonic worlds, all pleasing and unique.


The Wire by Mike Barnes
This, the American/Australian quartet's fourth album, differs significantly in mood from its predecessor, Stick Music, which featured a guest percussionist and string players. Here guitarist Bryce Dessner (also of rock group The National) and violinist, arranger, and multi-instrumentalist Padma Newsome welcome back bassoonist Rachel Elliot and percussionist Thomas Kozumplik after their respective sabbaticals.

An exercise in the noises made by wood and string, Stick Music was a pithy, austere collection of instrumentals that were structurally more adventurous, but Lantern feels a lot more intimate. Again, born from improvisation, the group's compositions invite comparisons with similarly uncategorisable neo-chamber groups like Rachel's or the more expansive Threnody Ensemble. At times Clogs evoke the sombre mood of the miniatures that punctuated Henry Cow's album Unrest, but their more lyrical tack on this collection also brings to mind oboist Paul McCandless's semi-forgotten 1970s percussion, guitar, strings, and woodwind ensemble Oregon.

"Voisins" tears off like a virtuosic version of the Third Ear Band, with agitated bassoon figures played over compound rhythms of clattering hand drums and electric guitar. "Tides of Washington Bridge" finds Dessner's simple lute-like guitar lines subtly augmented by Elliot's bassoon figures and, later, Kozumplik's scraped and bowed cymbals. Although the lines are poised and intertwined - and beautifully played throughout - Clogs avoid being too polite. Such an exquisite piece is contrasted by the saltier "The Song of the Cricket," where the musicians operate in overlapping planes of activity, giving the piece a refracted feel until it is resolved in a formal coda.

The main strength of Lantern is that, apart from the subtlety and invention involved in its construction, the musicians have come up with tunes to move all but the most aloof. In this respect, "2:3:5" is the standout track. A gorgeous, melancholy figure on the violin and bassoon is augmented by Kozumplik's tuned percussion, and Newsome's ecstatic flourishes are joined by his cascading steel pans at the close.
HWY010 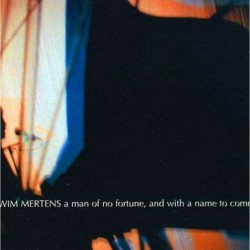 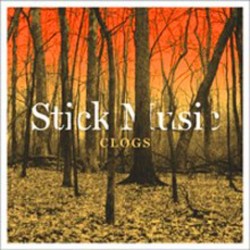 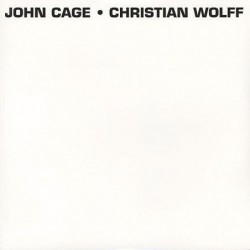