Editor's Info:
Clogs are a quartet of classical musicians hailing from Australia and the United States. Featuring viola, classical guitar, bassoon, and percussion, they scrawl the folk sounds of India and the Jewish Diaspora atop lessons learned from minimalism, ambient music, and rock. The New Yorker writes that, "fans of Sigur Ros, the Rachel's, and other post-rock ensembles who know how to listen in respectful silence will have no trouble appreciating the softly evocative compositions." Philadelphia City Paper says "few new CDs in any genre will do as much to challenge the way you listen to music."

Village Voice (New York, NY) by Richard Gehr
...in the smart and pretty romantic-minimalist-improv tradition that began somewhere around Erik Satie and extends through the Penguin Cafe Orchestra to the Tin Hat Trio.

The New Yorker (New York, NY)
Clogs The music handily eludes classification, but fans of Sigur Ros, the Rachel's, and other post-rock ensembles who know how to listen in respectful silence to a live performance will have no trouble appreciating the softly evocative compositions.

Philadelphia City Paper (Philadelphia, PA) by Andrew Ervin
"The biggest drawback to Thom's Night Out is that it won't fit logically anywhere in your music collection. A case could be made for including it with your world-music stuff or with your classical discs or even with the rock CDs-somewhere between Camper Van Beethoven and Costello, Elvis. The four-piece ensemble uses Western classical instruments to play pop-structured songs that can sound like klezmer music, traditional Indian melodies or even medieval monody. Padma Newsome plays the violin and viola and also composed most of the tunes. Thomas Kozumplik plays all manner of percussion, including steel drums, and Bryce Dessner plays classical guitar while Rachael Elliott fills out the ensemble on bassoon. Sound like an odd combination? It is, but the honed chops and unique harmonic sensibility somehow hold it all together. Fans of rock's slo-mo movement will feel right at home, and so will their parents. It is overall refreshing in its originality and bravado, few new CDs in any genre will do as much to challenge the way you listen to music."

Cincinnati City Beat (Cincinnati, OH)
"The Clogs, who recently releases Thom's Night Out on the new artist-operated Brassland label out of New York, are a great Neo-Classical quartet whose crafty arrangements and dynamic style brings to mind a mix of Kronos Quartet, Rachel's and Tortoise."

Montreal Mirror (Montreal, Quebec, CANADA) by Boss Sambosa
Smooth and thin-sounding strings weep in and out of hollow guitar pops and deep, minimal bassoon-based soundscapes-rich, concise, repetitive and slightly experimental. These guys refresh classical music with their subtle touch, their accessible grooves, and a tiny klezmer edge...a phenomenal live experience for those with sensitive ears and quiet tongues. 9 out of 10 rating

SF Weekly (San Francisco, CA)
While his [Padma Newsome's] works for bassoon, saxophone, guitar, percussion, and his own instruments bear the casual, loose-limbed shamble of Western improvisation, they are largely grounded in the classic folk musics of India and the Jewish Diaspora. At once familiar and alien, comical and disquieting, soothing and overwrought, the Clogs' music walks a fine line between radiance and darkness that is rarely achieved outside Hindu culture--and even more rarely in a nightclub setting.

Privy Magazine (New York, NY)
The Clogs, besides being a popular shoe-style, are a quartet of classical musicians that collectively hail from Australia and the U.S. A fan though hardly a connoisseur of classical music, I was pleased to discover that besides being purveyors of serious and exquisite musicianship, the Clogs are also quite aurally accessible to your average indie/modern rock fan. Particularly for those of us going ga-ga over the latest prog-rock experimental eclecticism as heard in the last two Radiohead LPs and Sigur Ros... Finally, I found track six, "Four Blue Poles", to be my favorite. It is an epic of sound, so much so that I find it difficult to imagine someone listening to it and not mentally conjuring some adventure through the woods of medireview Britain or some such elaborate plotline. I figure music must be pretty bloody if you find yourself creating stories as you listen. rating: 4.5/5

Voir Hour (Montreal, Quebec, CANADA)
"The buzz is swelling around this Aussie-American quartet that captures the basics of conservative avant-instro."

Willamette Week (Portland, OR)
"Atypical as all get out, this could shape up to be a quietly mesmerizing night."

Philadelphia City Paper (Philadelphia, PA) by Brian Howard
"Clogs, a loosely configured foursome of classically-trained musicians, compose music in pretty much the same manner everyone who plays instrumental, neo-classical post rock-from Tortoise to Rachel's to Japancakes-says they do. They compose songs, which then evolve through repetition and experimentation. Which isn't to say Clogs aren't better at it... The improvisation-touched compositions on their upcoming Thom's Night Out (Brassland) can move, as on "Mysteries of Life," from epic string swells to rhythmic, rock-inflected passages or combine classic structures with ethnic folk devices as on "Four Blue Poles." The tracks are thematic, for sure, but actually feel touched by caprice, unafraid to take a stylistic turn, right or wrong (but mostly spot-on)."
HWY002 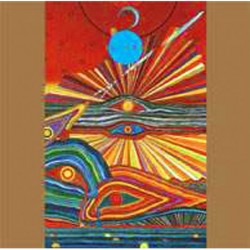 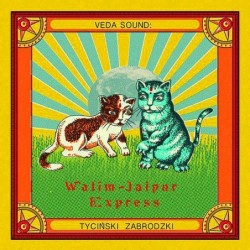 Every Other Day At A Time