"Roots Tonic are three of the tightest musicians in the western hemisphere." -MEAN STREET

"Bill Laswell is god. Can you prove he's not?" -SLUG


You may have already heard Roots Tonic. In fact, you may love Roots Tonic and not even know it. Roots Tonic is Hasidic reggae superstar Matisyahu's band. Matisyahu's stock has risen dramatically this year, culminating in the recent release of Youth on Sony/Epic (currently #4 on Billboard's Top 200) and the certification of Live at Stubbs as a Gold Record. One cannot overestimate the importance of Roots Tonic to Matisyahu's success. Members Josh Werner (bass), Aaron Dugan (guitar) and Jonah David (drums) write and co-write many of Matisyahu's songs. Furthermore, they bring those songs to stage, to record and to life, making them pop with the drama and dynamics you'll hear on Roots Tonic meets Bill Laswell.

It is no coincidence that world-class bassist and producer Bill Laswell is involved in this project. For one, it is Laswell who produced Matisyahu's Youth. Laswell, the world music genre-fusing genius, has worked with so many notable artists: Mick Jagger, Afrika Bambaataa, Yoko Ono, Brian Eno, Fela Kuti, John Zorn, Peter Gabriel, George Clinton, Herbie Hancock, Iggy Pop, Laurie Anderson, Motorhead, Ryuichi Sakamoto, Sly & Robbie, Swans, Last Poets, and has remixed the work of Santana, Bob Marley & Miles Davis. He is a true maverick and a perfect match for Roots Tonic and Matisyahu's blend of reggae, hip hop, soul and traditional Jewish music. So perfect, in fact, that after the Youth sessions were completed, Laswell invited Roots Tonic back to his Orange Studios to record Roots Tonic Meets Bill Laswell.

With Matisyahu absent, Roots Tonic was forced to stand and deliver on an album without vocals or lyrics on which to rely. Deliver they did. With Laswell serving as studio lion Lee "Scratch" Perry to Roots Tonic's Upsetters, Josh, Jonah and Aaron have created a living, breathing disc of instrumental reggae, as funky as, say, the classic "Macka Dub" by the Barrett Brothers (Aston "Family Man" Barrett & Carlton Barrett, The Wailers' rhythm section). The grooves are so loose and lively you can tell they were having a blast recording. At the mixing board, Laswell economically weaves in everything from synth stabs to phone touch tones to unrecognizable sound splatters. He stays out of the way of the bass, and heaps echo on the drums and guitar, allowing the high end to spiral out from the music. Mr Laswell calls the result "a futurist space/dub transmission in which the spirit of Roots Radics, Sly & Robbie and Scientist gets re-electrified and blown to new proportions." Amen.

As a genre, Dub always seems to be making a comeback. Its influence is consistently heard in other forms of music from Radiohead to Missy Elliot. And, judging by the surge of interest in and activity by bands like Heavyweight Dub Champion, Goathead, Dub Nomads, LA's Future Pigeon, to the reunited Systemwide, to ROIR labelmates Dub Trio, Dr Israel and 10 Ft Ganja Plant, American Dub is currently very fertile musical ground. This spring, expect Roots Tonic's popularity to bloom with the release of Roots Tonic Meets Bill Laswell, plus live Matisyahu and solo dates. There is even talk of Roots Tonic opening for Matisyahu.

About Roots Tonic:
"Fronted by a man named Matisyahu, they are truly a band...buoyed by tremendous musicianship. In particular, drummer Jonah David and guitarist Aaron Dugan bring a wider set of influences and interests to their playing than the reggae tag the band often gets...Youth benefits from a more expansive sound and production by the fantastic Bill Laswell (Golden Palominos, Laurie Anderson, the Last Poets)."
-AMAZON.COM

"Band mates Aaron Dugan (guitar), Josh Werner (bass) and Jonah David (drums) are three of the tightest musicians in the Western hemisphere, never missing a beat, playing in perfect unison. You can feel the energy and emotion of every note released from their fingertips. Matisyahu and crew will make you believe in music again. I know I believe. How about you? Grade: A+." -MEAN STREET

"Matisyahu, abetted by his standout Roots Tonic band, impresses with a lively, diverse and consistently entertaining set that spices reggae/ dancehall with hip-hop, rock, acoustic folk and even some African jams." -BOSTON HERALD

"This 2006 outing finds Matisyahu backed by his Live at Stubbs ensemble (here dubbed Roots Tonic), which can turn on a dime from dancehall to heavy rock." -MUZE/TOWER RECORDS

"Roots Tonic has a bright command of dub-inflected dancehall-hop (to say nothing of starry guitar signatures reminiscent of Jerry Garcia and Tom Verlaine)."
-THE PHILDELPHIA INQUIRER

"Dub at its most insistent & beautiful." -POP MATTERS

"In the world of Dub Music, things just don't get much better than this." -BABY SUE

"Evokes the sprawling sounds of electric Miles Davis bands of the 70's. Less is more- space is the place." -CMJ

"If you had to label his style, it might be called Ambient-Avant-Jazz-Dub-hip-hop-free-experimental-world-Punk, but most likely Laswell would call that label too confining. As a musician, he's an adept improviser and foundation layer, choosing to work within the deep, sub-harmonic range of the bass. As a producer, he puts together amazing musicians in odd combinations that come from the funky inner depths of New York City, exotic regions of the earth, and nether realms of outer space electronica." -ROLLING STONE

"His talents extend beyond excellent bass playing into the conceptual stratosphere." -TROUSER PRESS 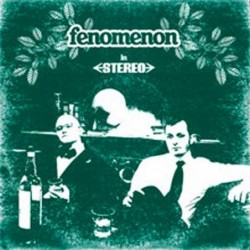