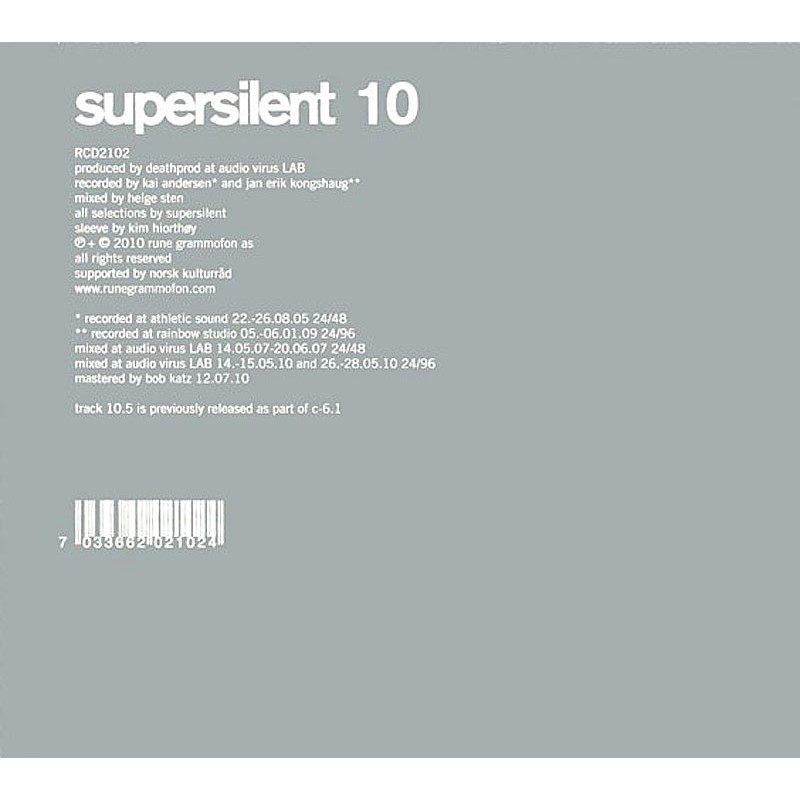 Współczesna Elektronika / Avant-Garde
premiera polska: 2012-10-25,
Wydawnicto Audiofilskie
kontynent: Europa
kraj: Norwegia
opakowanie: digipackowe etui
opis:
Editor's Info:
Since the very beginning 13 years ago Supersilent have always moved forward with the greatest integrity. No albums, or indeed concerts, sound the same, yet there´s always a strong signature present. So also with this album. Mostly recorded by Jan Erik Kongshaug at the famous Rainbow Studio in Oslo, this was their first session after drummer Jarle Vespestad lef the band. This time they have moved slightly towards a more acoustic landscape with Stale Storlokken, for the first time with Supersilent, playing grand piano. The album also features some of both the band and Arve Henriksen´s most darkly beautiful and lyrical moments side by side with some of their most eerie soundscapes. Comes highly recommended.


All About Jazz:
At a time when Supersilent has kicked into high gear with three releases in the space of a few short months—two CDs (10 and the forthcoming 12) and one vinyl-only release (11), all on the equally intrepid Rune Grammofon label—it seems incredulous that this Norwegian improvising trio can continue creating music in defiance of easy (or difficult) categorization and, despite its complete and utter spontaneity, unfailing individualism. Still sounding like nobody but Supersilent, each successive album remains clearly delineated amidst its growing discography. 9 (Rune Grammofon, 2009)—Supersilent's first recording as a trio, following the departure of co-founder/drummer Jarle Vespestad—broke new ground with a deceptively simple premise: Arve Henriksen, Stale Storlokken and Helge Sten were to play nothing but Hammond organs, still, unsurprisingly, they pulled sounds out of these legacy instruments that inventor Lauren Hammond could never have envisioned.

Recorded in two sessions at two different Norwegian studios—Athletic Sound, a regular Supersilent locale, and Oslo's renowned Rainbow Studio, home to more classic ECM recordings than any other studio in the world—10 differentiates itself on a number of fronts. First, despite this being Supersilent's shortest album to date—not even breaking the 42-minute mark—10 contains the most number of tracks of any of its releases, featuring a dozen improvisations that, with the exception of three titles, never even crack the five-minute mark. Second, and most important, is that with Rainbow's reputation for an outstanding piano, a room with particularly beautiful acoustics, and owner/engineer Jan Erik Kongshaug legendary ears , Storlokken's attention weights heavily towards grand piano, making 10 Supersilent's most purely acoustic album to date.

Does that make 10 Supersilent "Unplugged"? Not exactly, certainly the low-frequency tones that form that undercurrent to "10.5" couldn't have been created through acoustic means, nor are the gradually intensifying and densifying sonics, layered by Henriksen's laptop, Storlokken's array of synths and Sten's remarkable ability to work with his trio mates' native sounds, turning them into something other. But even at its most extreme, 10 is Supersilent's quietest album to date and, perhaps even more significantly, its most spare and fragile.

It's also an album that, more than its previous releases—and supporting Henriksen and Sten's comments at a live demonstration in Kristiansand, Norway at Punkt Festival 2010—demonstrates Supersilent's ability to think compositionally, even when pulling music out of the ether. "10.6" may build from nothing, but Storlokken's delicately dark pianism—supporting Henriksen's vocal-like trumpet, and given a gentle pulse by Sten's Reich-ian guitar work—sounds more like Ambient Music-era Brian Eno than the noisier extremes of early albums like 1-3 (Rune Grammofon, 1997).

With only the occasional hint of disturbance, it's the group's most soothing album to date, as Henriksen, Storlokken and Sten explore new ways to shape an infinite series of parameters—both painstakingly and with unfettered abandon—into in-the-moment compositions of profound depth and haunting beauty, one more Supersilent album destined, no doubt, for year-end "best of" lists.
[John Kelman] 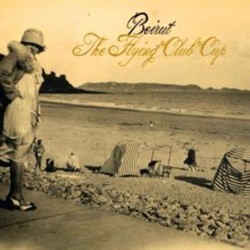 An Evening With Charlie