After years of research and musical maturation Vincent Dumestre presents Marazzoli's La Fiera di Farfa, a world premiere on disc, accompanied by gems of Monteverdi's profane vocal music.
La Fiera contains a parody of Combattimento di Tancredi e Clorinda, composed only a year earlier. Alpha have therefore chosen to record both works, together with some extra pieces including Hor che'l ciel, an emblem of the early baroque which strongly influenced later writing. Composed by Marco Marazzoli in 1639, La Fiera di Farfa is an operatic interlude, drama set to music, as was practiced at 17th century Italian fairs. This piece was so well known that it was adapted for the stage by Bernini, played throughout the 18th century, and was still commented on during the 19th. Le Poeme Harmonique was founded in 1998 by Vincent Dumestre, and focuses its artistic activity on the performance of 17th and 18th century music. The group are well-known for their original vocal and instrumental interpretations as well as cross-genre programmes involving actors, dancers and even acrobats. 2004 saw the expansion of Le Poeme Harmonique's small scale repertoire of chamber music, with the revival of Le Bourgeois Gentilhomme, a comédie-ballet by Moliere and Lully. Their most recent production, Lully's lyrical tragedy, Cadmius and Hermione, was premiered at the Opéra-Comique in Paris in January 2009. This is to be succeeded by Cavalli's opera Egisto which will again be presented at the Opéra-Comique, in autumn 2011. After his sell-out lunchtime Prom, Vincent Dumestre now presents the CD. 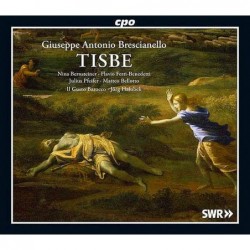 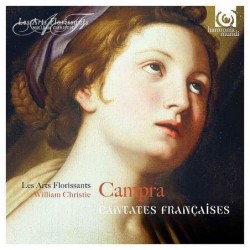 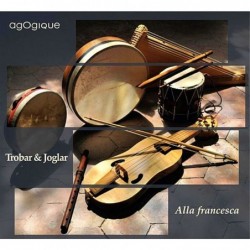