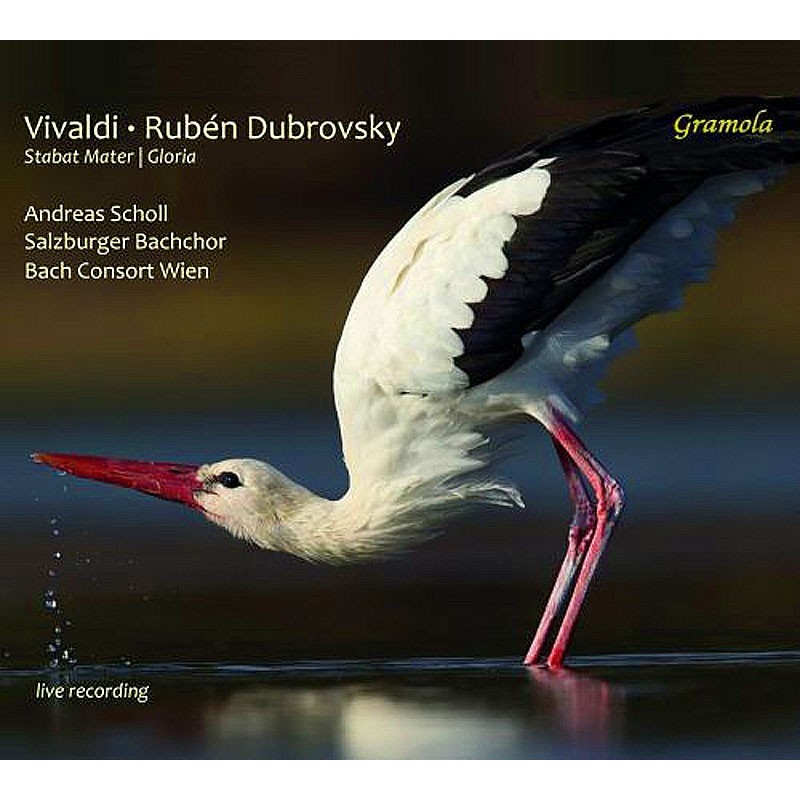 Past year's Easter Concert of the Bach Consort Vienna, conducted by Ruben Dubrovsky in the Basilica of Klosterneuburg Monastery, featured works by Antonio Vivaldi, which he composed during his engagement with the orphanage Ospedale della Pieta in Venice. The young girls growing up there received early musical training, which led the choir and orchestra of the Ospedale to become internationally acclaimed. This concert recording by Bach Consort Vienna with soloists Andreas Scholl, alto, Hanna Herfurtner and Joowon Chung, soprano and the Salzburg Bach Choir combines instrumentals like the Sonata a quatro in E-flat major «Al Santo Sepolcro», RV 130 and the Concerto in G minor, RV 156 with the liturgical works Stabat Mater, RV 621 and Gloria, RV 589, written for Easter.

Founded in 1999, the Bach Consort Vienna under the baton of Rubén Dubrovsky soon grew into one of the most important Baroque Ensembles of Austria. Next to several performances at the Vienna Musikverein, the ensemble is ever-present on different European concert stages. Internationally renowned artists, such as Bernarda Fink and Christophe Coin, are closely connected to the Bach Consort Vienna as guest soloists.
www.osterkonzert.at

Andreas Scholl (countertenor) has released a series of exceptional solo recordings, most recently Wanderer - an album with German lieder together with pianist Tamar Halperin on the Decca label. Scholl has performed concerts with the Berlin Philharmonic, the New York Philharmonic, the Royal Concertgebouw Orchestra and the Academy of Ancient Music. In 2005, he performed at the Last Night of the Proms in London - as the first countertenor in the history of the Proms.
www.andreasscholl.org

Hanna Herfurtner (soprano) was born in Munich, where she also took her first singing lessons with Professor Thomas Gropper. After finishing school she studied theatre studies and art history at Munich University before going on to study singing at the Music University in Stuttgart under Professor Bernhard Jäger-Böhm, and later at Berlin University of the Arts with Professor Julie Kaufmann.
www.hannaherfurtner.de

Joowon Chung (soprano) discovered her love of singing already as a child. After attending a school offering music education, she studied vocal performance at the Seoul National University with Hyunju Yoon. In Germany, the young soprano continued her studies at the Hochschule für Musik Carl Maria von Weber (Carl Maria von Weber College of Music) in Dresden. There, she was part of the the voice classes of Prof. Christiane Hossfeld and Prof. Christine Hesse. In 2011, her interest in Baroque music led her to the early music department at the Felix Mendelssohn Bartholdy University of Music and Theatre in Leipzig.
99165 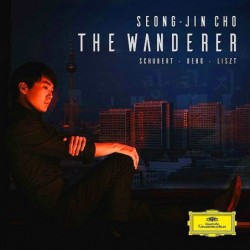 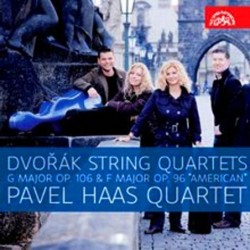 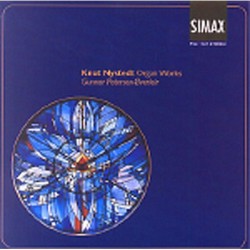