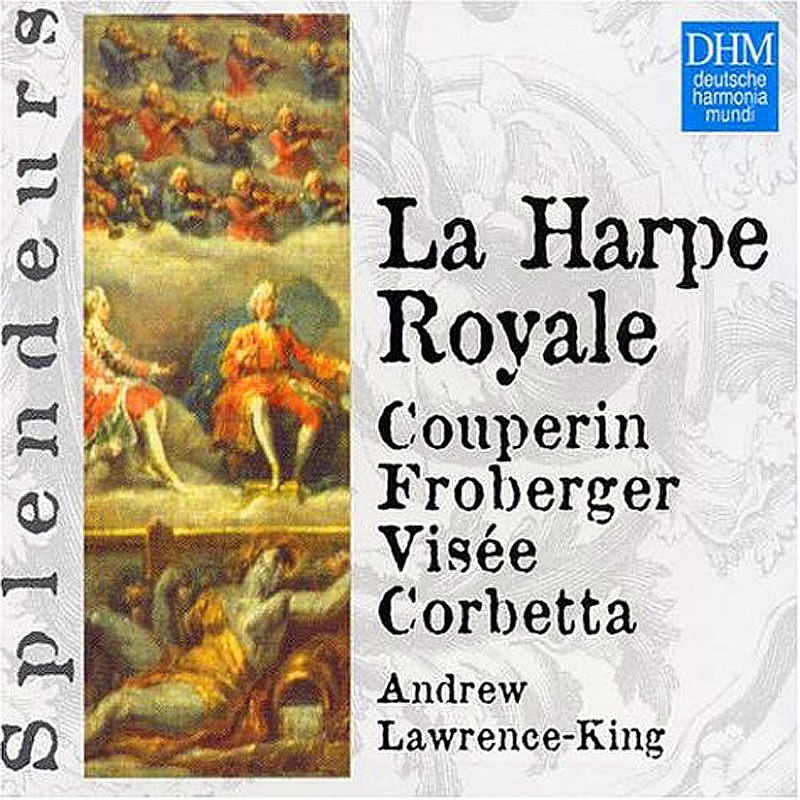 Muzyka Dawna
premiera polska: 2004-04-15
opakowanie: plastikowe etui
opis:
Editor's Info:
The title of this disc, 'The Royal Harp', can be interpreted in two ways. First of all, it refers to the programme which Andrew Lawrence-King is playing, which contains music played at the court of the French king Louis XIV, as the subtitle indicates. On the other hand, it could be seen as a reference to the instrument which this recording is devoted to, the harp. It is one of the oldest instruments in history, and one of its most famous players is the Jewish king David from the Old Testament in the Bible.

The harp was especially popular in Italy in the early 17th century, where it was used for the realisation of the basso continuo. Music for the harp as solo instrument was also written. Some composers wrote pieces which could be played either on a keyboard instrument or the harp. And harpists often played music originally intended for a keyboard or a plucked instrument.

The association of the harp in the 17th century with Italy is reflected in the article on the instrument in 'New Groves' in which much information is given about the harp in Italy, but next to nothing about its role in France. In his liner notes Andrew Lawrence-King mentions the French harpist Jean le Flelle, who enjoyed international fame as a player of the triple harp, the same kind of instrument Lawrence-King uses here.

He was involved in musical performances in England and was also associated with the court of Louis XIV. The king admired the playing of another harpist, Claude Burette, as well, whose collection of pieces for harpsichord and harp unfortunately has been lost.

All music on this disc was originally written for other instruments. Most of them were composed for the harpsichord (Louis and François Couperin, Froberger), some for the guitar (Corbetta) or the theorbo (De Visée). The former was a guitar virtuoso from Bologna, who was Louis XIV's guitar teacher and who published two books with pieces for the guitar, entitled 'La Guitarre Royalle', devoted to king Charles of England and Louis XIV respectively. The latter was Corbetta's pupil and succeeded him as Louis' teacher. He published suites for the theorbo and the lute, which were later republished for other instruments, and arranged music by François Couperin and Antoine Forqueray.

Even though harpists played a lot of music originally written for the harpsichord, the differences between the instruments gives the performances here a character of their own. According to Marin Mersenne in his 'Harmonie Universelle' (1636) the repertoire of the harp was identical to that of lute and harpsichord, but harpists were not supposed to play all the ornaments which are a feature of French lute and keyboard music. On the other hand, the harp has the possibility to play piano and forte, which the harpsichord doesn't have.

In this recording Andrew Lawrence-King gives brilliant performances of music, which is partly quite familiar, like Louis Couperin's 'La Piémontoise', where the dynamic possibilities of the harp are used to great effect. And Froberger's famous Lamento for Ferdinand IV gets one of the most moving and dramatic readings I have ever heard.

The harp doesn't play a prominent role on the concert platform, and if it is used, then mostly as part of the basso continuo group. Therefore this disc is most welcome, as it pays attention to the harp as solo instrument and the playing of Andrew Lawrence-King is very impressive.
by Johan van Veen 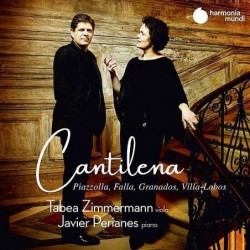 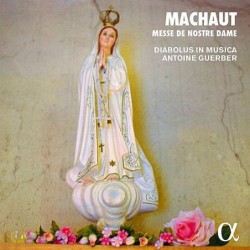