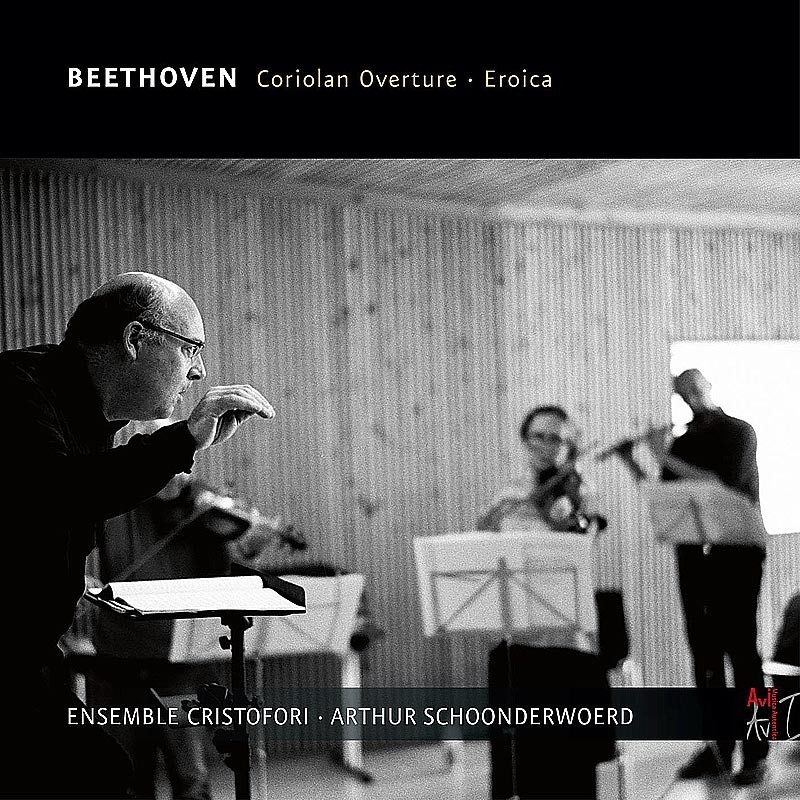 Klasyczna Muzyka Kameralna
premiera polska: 2021-07-14
opakowanie: digipackowe etui
opis:
Editor's info:
Tempo, accentuation, phrasing, or structural architecture are not the first thing that strikes us when we listen to Arthur Schoonderwoerd’s performances of Classical orchestra music for the first time. Instead, the first thing we notice is that the music sounds different. The orchestra is unusually small.

We might want to judge whether this is good or not, but that will not truly help us deal with the phenomenon in itself. Apart from the winds – in the usual line-up as called for in the score – the string section is barely larger than a string quartet, and it is pointless to dispute whether this is preferable to a large orchestra.

More significant than our “thumbs-up” or “thumbs-down” attitude is the striking effect this has on the senses. If we want to do justice to Schoonderwoerd’s interpretation concept, it is best to start by focusing on what we are hearing.

AS: In reviews I often read: “He does it with a smaller ensemble because it’s cheaper.” Indeed, it is cheaper, but that is not the reason why we choose to do so. I am likewise often reminded that great composers such as Mozart and Beethoven loved to work with large orchestras. Indeed, that is also true. But they did not often have orchestras of such size at their disposal. The Eroica Symphony was premiered in the Viennese palace of Prince Lobkowitz, in a hall for private performances not much larger than 115 square metres and 8 metres high. The usual number of musicians in that venue was twenty-four,
allowing for the same number of members in the audience. There was hardly room for more.

The Mehlgrube, the Viennese venue where Mozart premiered his piano concertos, was not much larger.

AS: Hence my idea: if the number of musicians was so reduced, why not feature a line-up that follows exactly what we find in Beethoven’s score? It calls for one first violin, one second violin, two violas, cello, bass, and the usual winds. In contrast, when the Orchestre de Paris plays Beethoven’s Eroica in the new Philharmonie de Paris with 14 first and 12 second violins, 10 violas, 8 cellos, and 6 double basses, it sounds fantastic – but it is not something by Beethoven, it is already an interpretation.

Conductors in Paris and everywhere else do this too, of course, because in such large concert halls they would not be able to reach the audience by any other means. They could just as well use 13 first violins, or 17, it would make no difference. (Excerpt from the booklet interview by Stefan Siegert)

Arthur Schoonderwoerd is regarded as one of the most skillful fortepianists of his generation. His interest reaches from research into the interpretation of music for piano of the 18th, 19th and 20th centuries and on the sadly forgotten repertoire of this period, towards the observation of the great diversity of keyboard instruments that developped over these three centuries.

After obtaining his soloist diploma in modern piano at the High Academy of the Arts in Utrecht in the Netherlands, he continued his studies at the Conservatoire Supérieur in Paris in the historical keyboard class of Jos van Immerseel.

In 1995, he won his First Prize in this discipline and then finished his studies with a brilliant post-graduate. He also studied conducting at the Ecole Normale de Musique in Paris in the class of Dominique Rouits.

In 1995, Arthur Schoonderwoerd won the 3rd Prize and the Belgian Radio Prize (BRT3) during the fortepiano competition of the 32nd Festival de Musique Ancienne de Bruges (Belgium). In 1996, he was nominated Juventus laureate by the Council of Europe at the Sixth European Counsel of Young Musicians. He also received the award for best individual performance at the 1996 Van Wassenaer Competition, the 9th International Competition for Early Music Ensembles.

Along with a career as a soloist around the world, he devotes much of his time to conducting the classical and romantic repertoire, chamber music, and the lied and melody repertoire. He performs frequently with singers such as Isabelle Druet, Sandrine Piau, David Wilson Johnson, Jan Kobow and instrumentalists such as Eric Hoeprich, Jaap ter Linden, Barthold Kuijken, Wilbert Hazelzet, Miklos Spányi, Graf Mourja, François Leleux, Marie Hallynck, Ronald van Spaendonck, etc.

With the Ensemble Cristofori, he approaches the classical and pre-romantic symphonic repertoire in a very personal way. His discography includes around thirty CDs which many of them received numerous awards!
Arthur Schoonderwoerd currently teaches at the Conservatoire Supérieur de Lyon, after having been professor of pianoforte at the Conservatoire Supérieur de Barcelona (ESMUC) for 12 years.

As director of the Besançon / Montfaucon estival, he defends an eclectic program with music from the Middle Age to the present day.


ENSEMBLE CRISTOFORI, founded by its musical director Arthur Schoonderwoerd in 1995, performs in orchestral or chamber music settings. It brings together performers playing on period instruments, exploring repertoire from the 18th to the 21st century. Its name is inspired by that of the great Florentine keyboard instrument maker of the early 18th century, Bartolomeo Cristofori. The ensemble aims to familiarize a wide audience with music and musical performance on period instruments.

The size and setting of Cristofori are determined by the repertoire performed and range from a duo to a large group of instrumentalists and singers. Based on meticulous research, Cristofori‘s sensitive and colorful interpretations present new and revolutionary ideas on organology, improvisation, basso continuo, counterpoint, and orchestral balance.

The internationally acclaimed discography of Cristofori includes one of the most innovative recordings of Beethoven‘s piano concertos on period instruments. Since 2012, Cristofori has recorded half of the complete Mozart concertos for fortepiano (Label Accent). In 2021 a new project around the complete symphonies of Ludwig van Beethoven started on the CAvi-music label.