Współczesna Muzyka Klasyczna / Kameralistyka
premiera polska: 2013-03-08
opakowanie: plastikowe etui
opis:
Editor's info:
Following on from Victor Kissine’s luminous orchestration of Schubert’s String Quartet in G Major (ECM 1883) and his own “Zerkalo” with Kremer and friends (ECM 2202), here is the first ECM album devoted entirely to the compositions of the composer from St. Petersburg. The flavour of the sea pervades the three recent compositions heard here, variously inspired by the poetry of Mandelstam and Brodsky: the concerto for piano and string orchestra “Between Two Waves”, the Duo (After Osip Mandelstam) for viola and violoncello, and “Barcarola” for violin, string orchestra and percussion. All three pieces are dedicated to the collaborating players – Gidon Kremer and the musicians of Kremerata Baltica. Of the “Barcarole”, Kissine has said that it reflects the experience with Kremer and company on the earlier Schubert orchestration. Subsequently Kissine “wanted to write a piece that was orchestral but intimate – a kind of ‘concerto in watercolour’. The explicitly chamber character of the ‘Barcarole’ guided me toward the form of a concerto in one movement, which also unfolds in waves.” The album, recorded at last year’s Lockenhaus Festival, is issued in time for Kissine’s 60th birthday on March 15, 2013.

utwory:
Between Two Waves
Concerto for piano and string orchestra (2006/2008)

Holocaust - A Requiem for... 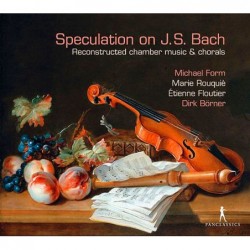 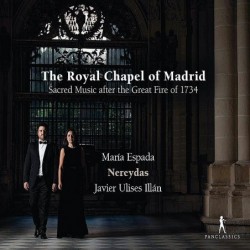 The Royal Chapel of Madrid