Sergey Rachmaninov: Works for Piano and Orchestra - Concertos Nos. 1 - 4, Rhapsody on a Theme of Paganini [3CD]

opis:
Editor's info:
Firma Melodiya presents an uncommon set of concertos for piano and orchestra by Sergey Rachmaninoff.
These compositions have been a criterion of every pianist’s musical mastery and artistic individuality for a long time. Their successful performance by young musicians opens a path to extensive concert activities, and the interpretations by well-known pianists bring new comparisons and discussions to life.
The set is a collection of performances of all Rachmaninoff’s concertos by various pianists of the second half of the 20th century, each of them left an important trace in history of piano art.
The first, “juvenile” concert is performed by Viktor Yeresko, a recognized interpreter of Rachmaninoff’s music (his repertoire includes all piano works of the composer) and continuer of genuine author’s performing traditions.
A large-scale, epic and dramatic Concerto No. 2 is featured in the rendition by the great Sviatoslav Richter, one of the most prominent personalities of the 20th century world pianism. Richter does not copy Rachmaninoff creating a disputable yet breathtaking image of the music.
A most virtuosic, lyric and expressive Concerto No. 3 is played by the English pianist Peter Donohoe, whose sharp and tragic rendition of Rachmaninoff once astonished the listeners and jury of the Tchaikovsky International Competition.
A more rarely performed Concerto No. 4, which was finished by the composer when he was an emigrant, was recorded by Nikolai Petrov, who is not a ‘Rachmaninoff’s’ pianist as it may seem but who came up with his own hearing of the music.
The Rhapsody on a Theme of Paganini is performed by Sergey Dorensky, a remarkable pianist and teacher. Many of his pupils are brilliant representatives of the traditions of the Russian piano school.
MELCD1002128 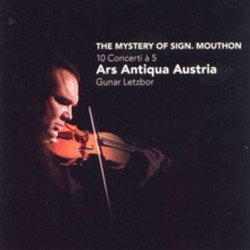 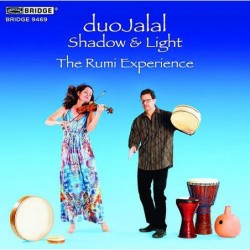