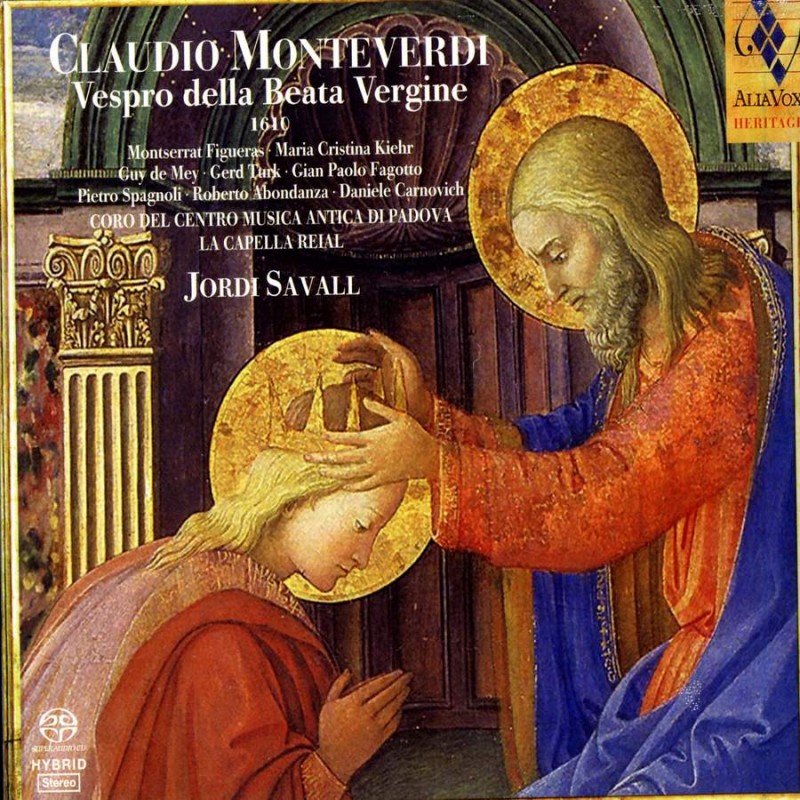 Barokowa Muzyka Wokalna / Oratoria / Kantaty
premiera polska: 2007-11-23
kontynent: Europa
opakowanie: digipackowe etui
opis:
Editor's Info:
After a recent tour of concerts of Claudio Monteverdi’s VESPRO DELLA BEATA VERGINE, we arrived in Mantua in the first bitterly cold, damp days of an almost wintry November, about to record the Vespers in the same Palatine Basilica of Santa Barbara where in all likelihood they were performed for the first time in Monteverdi’s own lifetime.The idea for this recording had taken shape several years earlier, with the preparation, research, study and experimentation that we had carried out on this work by Monteverdi in the context of performance research at the SCHOLA CANTORUM BASILIENSIS, followed by several concert series in Switzerland, France, Spain and Italy (in Basel, Zurich, Colmar, Barcelona, Leon, Lisbon, Ambronay, etc.). It was at the end of 1988, and at that time HESPÈRION XX (founded in 1974 by Montserrat Figueras, Hopkinson Smith, Lorenzo Alpert and myself) consisted of a constellation of highly talented young musicians (1), with whom we were engaged in painstaking research into the interpretation and revival of the musical heritage. A few years earlier, we had been joined in this task by a magnificent group of soloist singers from a wide variety of backgrounds, including Montserrat Figueras, María Cristina Kiehr, Guy de Mey, Gian Paolo Fagotto, Gerd Turk, Daniele Carnovich, etc., the whole process resulting in the present recording. (Some of those soloists and instrumentalists were to become core members of LA CAPELLA REIAL, which in turn would evolve into LA CAPELLA REIAL DE CATALUNYA). At the same time, we were also joined in this project by the CORO DEL CENTRO MUSICA ANTICA DI PADOVA, led by their choirmaster Livio Picotti, and the SCHOLA GRÉGORIENNE under the direction of Josep Cabré. United by the common bond of our very “Latin” voices and sensibility, we all pursued an ideal approach to song, one in which declamation of the text and purity of sound were inextricably linked to an essential warmth and profound spirituality of performance. Like Michel Bernstein, with whom we had worked on numerous recordings since 1976, we were convinced that the idea of rediscovering the acoustics of the place where Monteverdi himself might have performed this music was crucial to our project. For us it was a kind of pilgrimage to the music’s birthplace, and we were convinced that it was possible to achieve a genuine interaction between the acoustics and magical sound of the original setting and our own determination to rediscover the ideal atmosphere for the spiritual and musical blossoming of this magnificent work, with all its wealth of varied and contrasting moods.As I entered the central space of the Basilica, I was immediately seized by the intimate connection between the place and the work itself. That impressive space, built to celebrate with magnificence and an element of theatricality the full diversity of the various moments in the Christian liturgy, is perfectly matched by the great richness and variety of musical forms and ensembles that Monteverdi uses throughout his Vespers. Unfortunately, on the days we recorded there the weather was wintry in the extreme. The cold, damp air that chilled to the bone made the heaters placed all around us totally ineffectual. But the exceptionally fine acoustics, as witnessed by the resulting performances, and above all the selfless commitment of the singers and musicians (recording often continued until 4 or 5 o’clock in the morning, except on the last day, when we finished at 7.30 in the morning!) made these truly unique moments possible. The convergence of the human, the artistic and the spiritual was “digitally” immortalised with the help of two microphones (omnidirectional Brüel and Kjaer, type 4009) and the consummate sound recording by Maria and Michel Bernstein, who were assisted by Pedro Memelsdorff. They succeeded in capturing with astonishing naturalness all the beauty and contrasts of this masterpiece, from solo voice accompanied by a bass continuo (harp, organ and viola da gamba), as in the Concerto “Nigra sum”, to double-choir ensembles, consisting of 60 singers and musicians, as in the Psalm “Nisi Dominus” and the “Magnificat”. Those miraculous moments when, in spite of the extreme fatigue and cold, the power of intensely experienced music transported us to a mystic and almost supernatural dimension, are still palpable in this new remastering, which enhances still further the richness of the original recording.JORDI SAVALLBucharest 14th September, 2007(1) Rinaldo Alessandrini, Jean-Pierre Canihac, Adrián Chamorro, Bruce Dickey, Lorenz Duftschmid, Daniel Lassalle, Andrew Lawrence-King, Rolf Lislevand, Pedro Memelsdorff, Marco Mencoboni, Enrico Onofri, Paolo Pandolfo, etc. 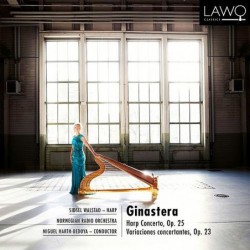 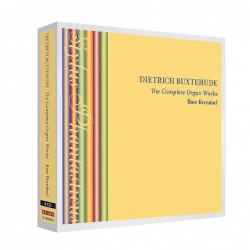 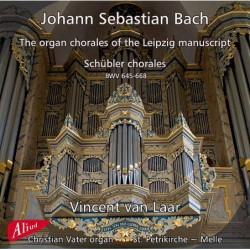 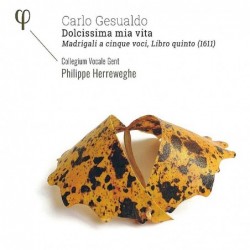