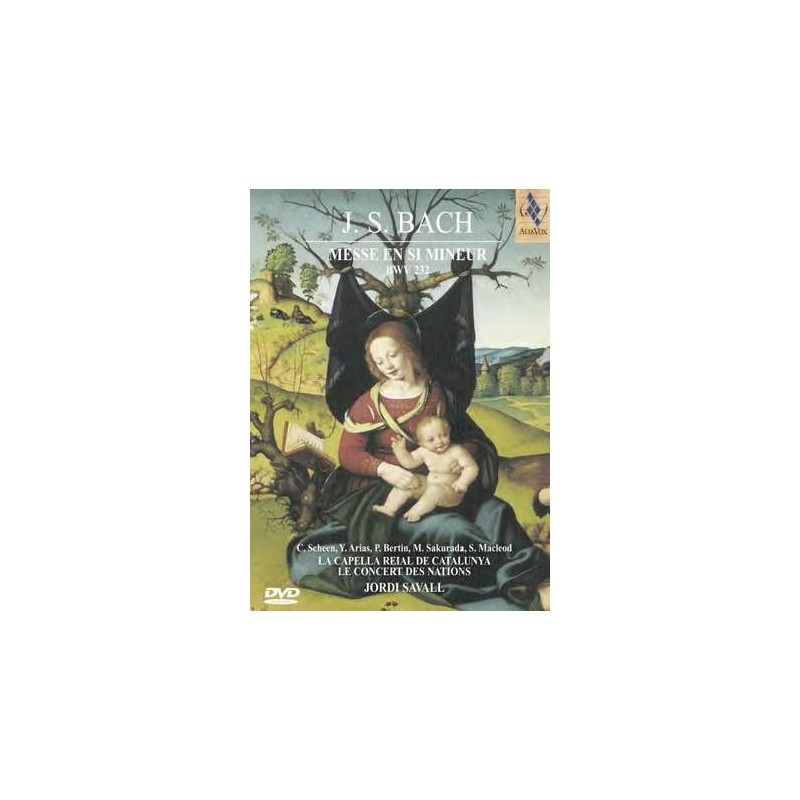 Barokowa Muzyka Wokalna / Oratoria / Kantaty
premiera polska: 2013-02-08,
Wydawnicto Audiofilskie
kontynent: Europa
kraj: Hiszpania
opakowanie: kartonowe etui
opis:
Hybrid Multi-channel
Editor's info:
During the final years of his life, Johann Sebastian Bach (1685-1750) created the monumental body of music that can be considered his “Testament”, comprising the Musical Offering, the Art of Fugue and the B minor Mass. This latter work is a perfect synthesis of all his skill and flair in the art of composition (and essentially in that of counterpoint), as well as his gift for invention and his extraordinary sense of form, structure and number.

In this live recording we offer our version of the Mass in B minor, as it was performed on 19th July, 2011, as part of the 6th Festival of Fontfroide 2011, after the final touches had been made to our interpretation during the 2nd Academy of Research and Performance. Considered to be one of the most remarkable of all musical utopias, it is a Catholic Mass written by a Lutheran composer, which cannot be fitted into the liturgies of either the catholic or the Protestant tradition, and yet it remains one of the great masterpieces of all time.

An academy was specially formed for this performance. The members were selected by open public competition: 27 young musicians from Germany (2), Belgium (1), Venezuela (1), Catalonia (8), Spain (4), France (2) Israel (1), Italy (3), Japan (1), Norway (2), Poland (1) and Holland (1). Together they constitute the Soloists, the Choeur favori and the Grand choeur of La Capella Reial de Catalunya, as well as the instrumental soloists of the orchestra using period instruments, Le Concert des Nations.

The story of the B minor Mass’s progress from its origins until the present day is at once tortuous and spectacular. A first partial performance took place in 1786. Then the Credo was performed in a concert version under the direction of Bach’s second son, Carl Philipp Emanuel; but the first complete performance was not until 1811, when it was conducted by Carl Friedrich Zelter at the Sing-Akademie zu Berlin. Modern-day performances, involving large choirs, a symphony orchestra or chamber choir and orchestra using period instruments, without forgetting the “minimalist” versions (with a maximum of 10 singers), are legion; but they all have two common denominators: a universal recognition of the work’s exceptional nature, its beauty and its spiritual dimension, as well as the challenge that is still posed today, at the beginning of the 21st century, by the work’s enormous complexity and difficulty.

The result of our Mass in B minor project with La Capella Reial de Catalunya and Le Concert des Nations is grounded in a new approach to various fundamental criteria relating both to the conception, organisation and interpretation of the work itself, and the means necessary for its performance. Considering the Mass in its traditional and historical context, we decided to use a distinctive vocal and instrumental line-up based on our understanding of what was required by the score, as well as the practice and style of the period (rather than simply using high-pitched voices):

1. A vocal ensemble of 27 young professional singers who share responsibility for the “a soli” arias, quartets and quintets (choeur favori), as well as constituting the large ensembles (grand choeur).

Reconsidering the distribution and role of the vocalists according to the real needs of the composition, and following the tradition of works before Bach, such as those by Schütz, Biber and Rosenmüller, we returned to the use of the choeur favori (from 4 to 10 solo voices) as opposed to the chapelle (an ensemble of 21 to 27 voices forming the grand chœur). According to Schütz’s preface to his polychoral The Psalms of David (1619), the choeur favori should always be accompanied by the bass continuo (organ), whereas the “chapelle” is sustained by the instruments colla parte, (with the soloist) and brings together all the voices, resulting in a highly contrasting ensemble. Following these criteria, in the Mass in B minor the choeur favori intervenes whenever the instrumental accompaniment to the voices is confined to flutes, strings and violins (Qui tollis, Et incarnatus, the beginning of the Credo) or a simple bass continuo (Confiteor), while the full orchestra intervenes or doubles the solo voices when it accompanies all the singing voices (chœur favori and grand chœur combined). A much more subtle balance is thus achieved between voices and instruments, and the contrasts between the intimate and the exhilarating moments are more pronounced.

Another fundamental aspect in the performance is the declamation and articulation of the text, which in turn inspires all the instrumental phrasing and articulations. Adopting a realistic perspective, we opted for a Latin pronunciation based on the principle of synthesis: basically Germanic, but with an awareness of Classical Roman Latin (a sound that could be produced by a seasoned German-language singer, with an accent reflecting German vowels – which are very difficult to change – but taking into account the differences in the Latin pronunciation of the consonants).

The B minor Mass is a true challenge for any musician because of the work’s immense spiritual and aesthetic dimension, and also because its perfect balance between virtuosity, emotion, purity and eloquence scales such giddy heights of musical language that it attains to the highest and most universal expression ever achieved by man. The work distils the wisdom of an entire lifetime, combining past (stile antico) and present (barocco and galante) to offer us an insight into the future of a musical language that is truly universal and transcendent. 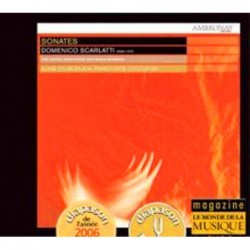