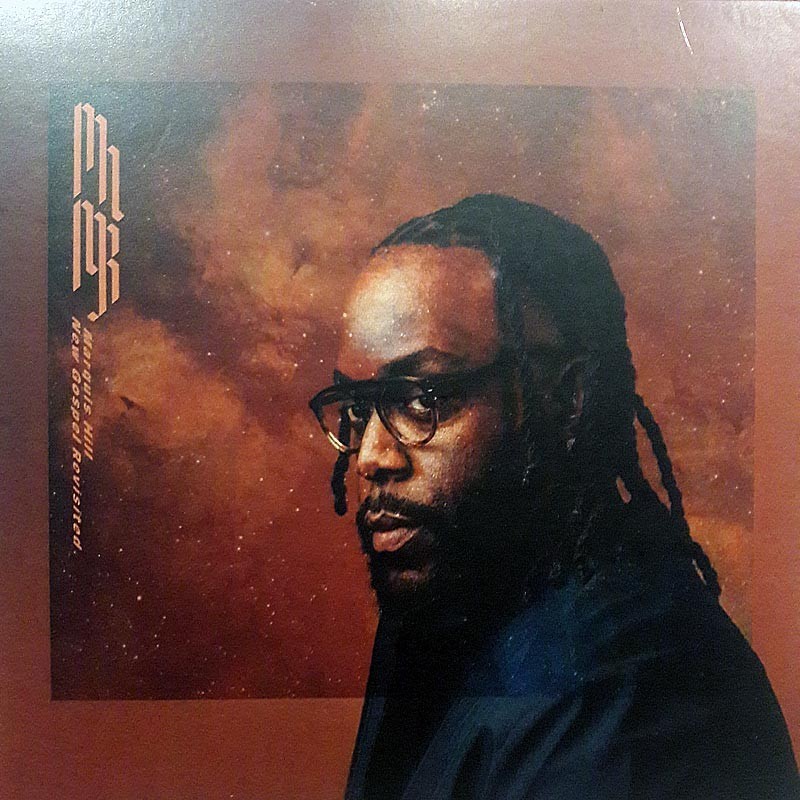 Modern Jazz / Indie Jazz
premiera polska: 2021-10-23
kontynent: Ameryka Północna
kraj: USA
opakowanie: ecopackowe etui
opis:
Editor's info:
The fearless and formidable composer and trumpeter.
Marquis Hill’s rise over the last few years has been striking and there’s no letting up. Since winning the prestigious Thelonious Monk Institute Jazz Composition award he has demonstrated full command of his art and built a reputation for synthesizing what he describes as the essential elements of the Africa-American creative heritage including contemporary and classic jazz, hip-hop, R&B, house and neo-soul.
Now, his sights are set even higher. In early 2022, Marquis will release his debut album on Edition: New Gospel Revisited, an extraordinary live recording that reimagines his debut as a leader with a new band, a new focus and a sharpened ear as a bandleader, composer and performer. The set is breathtakingly good with a band that sounds as inventive and creative as it reads on paper.
For Marquis, revisiting and re-energising the set that started his recording career is a slingshot to a new trajectory with a new label and new focus, as Marquis explains “… New Gospel was my debut album and my first completed production. To revisit this music in a fresh way, with a new band has been uniquely invigorating —and hugely rewarding. Working in partnership with Dave and Edition, it’s thrilling to consider the long term and to see where my continued journey will take me next. Now I’d like to focus on the clarity of my voice and, together with Edition, even more effectively spread love and light through the music – to distinct audiences of distinct individuals, all around this world of ours…”
“Marquis is one of the brightest stars of his generation” says Edition CEO, Dave Stapleton. “He has a rich and deep tone, a masterful command of his instrument and a strong compositional voice. In recent years his self-released albums, fearless and bold approach to music making has earned him a reputation as one of the most important jazz voices of his generation. We are incredibly excited to welcome Marquis to the Edition roster.”
His debut album for Edition, due for release in early 2022, is a brilliantly energetic live performance of the music from his 2012 debut album, New Gospel. Sharing the stage for this album, New Gospel Revisited is an A-list band including Walter Smith III, Joel Ross, James Francies, Kendrick Scott and Harish Raghavan.

DownBeat:
Not that the instrumental parts were conceived uniformly or as mere accompaniment. On “Prayer,” the words lay on a percussive bed crisply animated by Junius Paul’s electric bass, Joel Ross’ marimba and Jonathan Pinson’s drums in concert with Hill’s open trumpet and Josh Johnson’s alto saxophone. On “Herstory,” in contrast, the mood is decidedly subdued, colored by Hill’s muted horn.

The new album represents a move toward a more electro-acoustic sensibility, it is the first on which Hill composed exclusively on the computer and employed only electric bass. But that move might not have been inevitable. Miller, whose band routinely interprets material by soul groups from the 1960s, said he thought at first that the trumpeter, for all his gifts, might only be comfortable in a kind of post-bop acoustic universe. He won the Monk competition playing “If I Were A Bell” and “Polka Dots And Moonbeams.”

“I wondered if he could hit the funk,” Miller said. But he soon found out that Hill was raised by a mother who filled the house with music by the very artists Miller was fond of covering, like The Temptations, and he fit in perfectly with Miller’s band. As for Hill’s own music, Miller added, “He’s getting more and more progressive. The latest thing has a lot of contemporary flavor. That’s what you want to go for: one foot in the history and one foot in the future.”

Hill’s history with jazz began as a precocious fifth-grade trumpeter at Chicago’s Kenwood Academy, where a band director, saxophonist Diane Ellis, gave him a copy of Lee Morgan’s 1958 Blue Note album Candy. He recalled being especially taken by the elegant ballad “Since I Fell For You”: “I had never heard anything like that, and I wanted to sound like that.”

The music inspired him to practice, which he assiduously did and still does. But for the young Hill, the music also served another purpose. “I thought of it as a beautiful distraction,” he said. “There were a lot of things happening on the South Side of Chicago in the ’90s. It kept me from getting into trouble on the streets.”

Properly distracted, he gravitated as a teenager toward the South Side’s hippest haunts, the Velvet Lounge and the New Apartment Lounge. There, some of Chicago’s now-departed jazz titans—trumpeter Malachi Thompson (1949–2006) and tenor saxophonists Von Freeman (1923–2012) and Fred Anderson (1929–2010)—accepted him into their community. When Hill went to college, he would drive the 70 miles back to Chicago to keep his hand in the scene, playing for a time in the Velvet Lounge’s house band on Sundays.

His contact with Chicago’s jazz veterans proved liberating and, ultimately, critical to the development of his sound. “Technically—and this goes back to my mentors, like Von and Fred and Malachi—I would play free,” he said. “I was not thinking about rhythm, key, pitch, not necessarily trying to mimic this or that kind of sound—just clearing my mind and playing shapes, melodies, textures.”

He felt confident enough to begin releasing albums while he was still a student, including two he worked on while enrolled at Chicago’s DePaul University, where he earned a master’s in jazz pedagogy in 2012.

New Gospel (2011) was recorded at a time when Hill still was absorbing the language and developing his facility for expressing it. “Sometimes I listen to New Gospel and I cringe,” he said with a laugh. “But it’s a beautiful thing to listen to the growth. I can listen to specific points and say, ‘I was going for that.’ That helped me get to this point.”

Sounds Of The City (2012) “was my approach to capturing the sounds of Chicago, trying to find my sound through all the music I was exposed to.” But Hill’s evolution took a leap with 2013’s The Poet, which has a spoken-word intro by Kevin Sparks, as well as Winford’s outro. “Something clicked,” he said. “I was starting to tap into more of the sounds you hear today, to incorporate more of the groove aspect of the music. I knew I wanted to keep going in that direction, in terms of my personal sound and compositional sound.”

Those aims were advanced in 2014 with the release of Modern Flows Vol. 1, which, in addition to Winford’s contributions, includes those of spoken-word artist Tumelo Khoza and singer Meagan McNeal. “That’s when I wanted to purposely play on that genre line between jazz and hip-hop,” Hill explained. “I said, ‘OK, I was born in ’87, I love hip-hop. I’m a jazz baby as well, I was exposed to this music at a very young age. To me, it’s the same music—it’s coming from the same tree—and they’re extensions of one another.’”

The same year as that album’s release, Hill’s profile got a boost with his Monk competition win. The awareness of his music—and his awareness of others’—was heightened by a 2014 move to New York. Living in Harlem, he enjoys a broader view of the musical landscape. “Being here has affected my approach to writing music,” he said. “Using Logic [music production software] helped me dive deeper into blurring the genre line. That’s how hip-hop artists work. Nowadays, there are many more musicians who write that way than I realized.”

He has extended his network to include such like-minded musicians as Pinson. The drummer, who also moved to the Big Apple in 2014, said he and Hill found a kinship after discovering they shared a passion for integrating a social message into their music. That, in turn, led to Pinson’s gigging with Hill at events like the 2017 Atlanta Jazz Festival and, eventually, recording together.

“Marquis and I are on the same wavelength,” he said. “I’ve always wanted to do music that touches people in a certain way, and this album delivers a strong message people can relate to—a message people need to hear at this time. It was where I was spiritually.”

The search for spiritual connection is a force driving Hill in many directions. Prominent among them is the development of a series of short albums called Meditation Tapes, or, in Hill’s description, “beat tapes.” In them, his trumpet joins forces with Paul’s bass, Brett Williams’ keyboard and Makaya McCraven’s drums to build soundtracks around spoken words.

Winford and Mic We$t contributed to a 2018 tape, the second in the series. The first, in 2017, drew on breakfast conversations Hill recorded with his Harlem roommate, Marvin “Bugalu” Smith, a onetime drummer of Archie Shepp’s who regularly holds forth on spirituality.

After recording the commentary, Hill—with Smith’s approval—incorporated the words into an otherworldly sonic environment shaped by hip-hop. Using that kind of beat, he said, made the product more accessible.

“I did think strategically about that,” Hill said. “It didn’t necessarily reflect what he was saying at any moment, though I wanted the music to support his ideas and concepts—that we were kind of a melting pot.”

The melting-pot concept has not always applied in Hill’s life, a fact he documents on “White Shadows,” from Modern Flows Vol. 1. The tune grew out of an incident of apparent racial profiling he experienced while on a tour in the South.
By Phillip Lutz 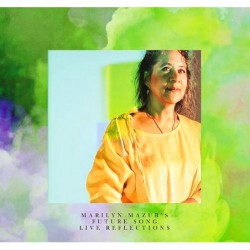 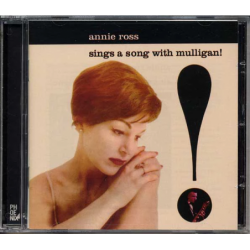 Sings a Song with Mulligan... 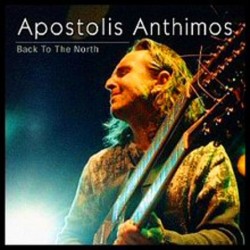 Back To The North