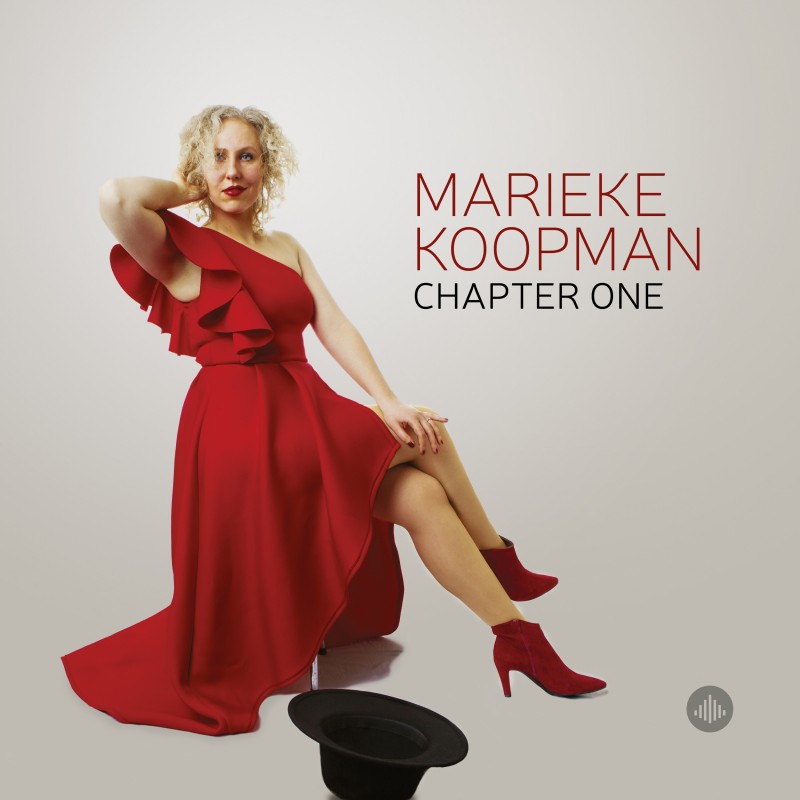 Marieke Koopman was destined for music. Growing up in a musical household, Marieke was always surrounded by musicians, music, and creativity. “Even as a kid I was always singing, wherever I was!” As a daughter of two well-known musicians, it was no surprise she chose a creative and musical life as well.
“Music in not only the note you sing. You need to really tell a story.” So, after years of studying with teachers as Max van Egmond, Astrid Seriese, Floor van Zutphen, Sanna van Vliet and Deborah Carter, she wanted to go even deeper into her performance. She decided to go to acting school. Studying acting with teachers as Nelleke Zitman, Erik v/t Wout, Truus te Selle, brought her a strong understanding of words, subtext and meaning, but also of how to incorporate words, melody, and performance into one strong appearance. Marieke was finally ready to follow her heart’s desire into music. From that point on she started performing Jazz.
After graduating she focused her work on two main area’s: performing as a jazz-singer and writing and playing children’s theatre. During this time, she really started focusing on swing jazz and performing with Big bands. She started frequenting venue’s like: Nick Vollebregt, Singer theatre, the Doelen Jazz-café. Next to that she wanted to show children the wonders of classical music. Together with Ton Koopman and the Amsterdam Baroque Orchestra and Choir, Marieke wrote and performed (from 2012 until now) in many places all over Europe. Frequenting concert-halls as Vredenburg, Concertgebouw Amsterdam, the Doelen Rotterdam, as well as famous halls in Barcelona, Milan, Lubeck, and many more cities, even in Zermatt, Suisse.

Yet she continued studying singing, falling more and more in love with early jazz (Swing-era) every step of the way. ‘The deepness of the lyrics combined with the most wonderful music hits me every time! People really felt something then…’ Her love for stories, emotions but also beautiful melodies were and are the driving energy behind Marieke’s interpretations and improvisations.
In the fall of 2019 Marieke embarked on an exciting new project. After performing for many years, she wanted to take a big new step into the music. She decided it was time to record her own cd. After finding a label and producer Marieke was energized to finally fulfill her dream. In choosing her repertoire, she was again reminded of why she decided to go into music: her love of stories, rhythm, and emotion in every style of music. She wanted to combine her roots in classical music with her own style and love of Jazz. She was reminded of a story from her grandfather being a very enthusiastic jazz drummer in the Swing-era. She finally understood her roots and especially in jazz from the early 30’s until the late 40’s. The theme of her debut cd was born.
Now she could finally work on her own sound. She chose jazz-standards (some known, others not so known) which had strong lyrics or were little gems melody wise and mixed them with her own style. Never being afraid of opinions or stepping out of the box, Marieke loves to transform songs and has found a way of communicating her emotions through playful rhythmic and melodic interpretations, improvisations, as well as her use of lyrical timing.

allaboutjazz.com * * * *:
Vocalist Marieke Koopman grew up in a musical family in The Netherlands. Although the music was baroque (her father is a percussionist, her mother a harpsichordist), Koopman was somehow drawn toward jazz, especially swinging jazz. "The first time I saw a big band perform live, I was mesmerized," she writes. And she made a promise to herself: "One day, that will be me, singing with a swing band." On Chapter One, Koopman's debut recording, that promise is kept. Koopman does indeed sing, and the band does indeed swing.

As for the music, Koopman has carefully chosen fourteen superlative standards from the Great American Songbook by composers whose names include Porter, Gershwin, Berlin, Rodgers, Hart, Carmichael, Gordon, Warren, Kahn and Duke. And lest you are thinking "I've heard those songs before, nothing to see here," chances are you could be wrong. How can that be, you ask? Because Koopman sings the verse to almost every song on the album. For the novice, the verse is that exquisite part of a song that listeners seldom hear, the introductory passage that sets the stage for everything that is to follow. "Not using the verse," Koopman writes, "is like telling a story but starting in the middle." Disarmingly obvious and also quite true.

Without introductions, there would be no such memorable phrases as "each time I look at you is like the first time, each time you're near me the thrill is new..." (Mack Gordon/Harry Warren, "The More I See You") or "old man sunshine listen you, never tell me dreams come true, just try it and I'll start a riot..." (George and Ira Gershwin, "But Not for Me"). Not to mention "there's a story old, says that love is blind, still we're often told, seek and ye shall find..." (the Gershwin brothers again, "Someone to Watch Over Me"). Koopman reprises two verses that are sung fairly often: the "purple dusk of twilight time" from Hoagy Carmichael's "Stardust," and "my story is much too sad to be told, but practically everything leaves me totally cold..." (Cole Porter, "I Get a Kick Out of You"). On the other hand, here's a gem that's almost never heard: "I thought love's game was over, Lady Luck had gone away. I lay my cards on the table, unable to play. But then I heard good fortune say, 'We're dealing you a new hand today...'" (Vernon Duke/John LaTouche, "Taking a Chance on Love"). Hearing these marvelous verses is so refreshing, and so right, that they alone raise Koopman's album well above the ordinary.

But there's more to it than that. First, Koopman is a pretty capable singer. While she doesn't knock every lyric out of the park, she connects far more often than she misses. There are muddled phrases here and there but hardly enough to dampen one's pleasure. As for Koopman's nonet, which is present on half a dozen numbers, it surely does swing, and there are a number of admirable solos, especially by pianist Bob Wijnen who also plays on the five quartet selections (with bassist Jos Machtel and drummer Mitchell Damen) and is the lone accompanist on "Stardust," as is Machtel on the Gershwins' "Looking for a Boy." The accompanist on "Someone to Watch Over Me" is Koopman's baroque-leaning father, Ton, who seems to be playing celeste in a mix-and-match melange of classical and jazz.

The charts are generally pleasing, and the band swings heartily on "The More I See You," "I Get a Kick Out of You," "Taking a Chance on Love," Porter's "Just One of Those Things" and Irving Berlin's "Let's Face the Music and Dance" (which has no opening verse). The lone misstep is saved for last: trumpeter Thomas Welvaadt's unwieldy arrangement of Rodgers and Hart's "With a Song in My Heart," which misses the target with ample room to spare. Aside from that, tone and tempos are spot-on. That's a minor blemish on an otherwise handsome coming-out party for Marieke Koopman who is living her dream, "singing with a swing band."
By Jack Bowers 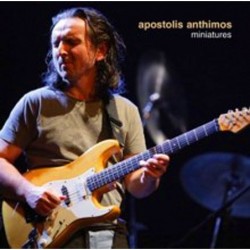