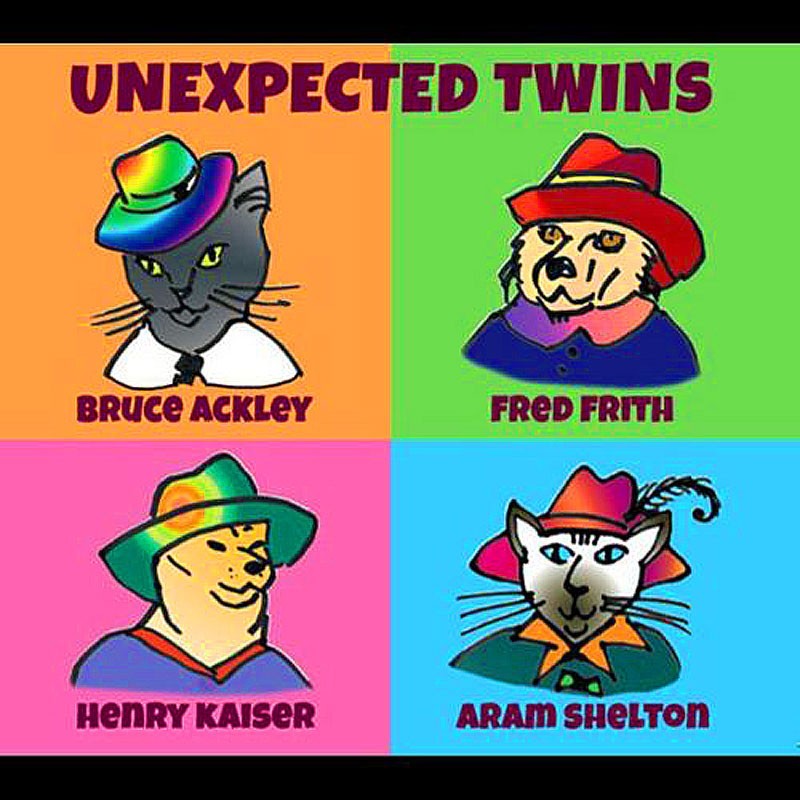 Avant Jazz / Free Improvisation / Avant-Garde
premiera polska: 2021-03-25
kontynent: Ameryka Północna
kraj: USA
opakowanie: digipackowe etui
opis:
Editor's info:
This album celebrates the 1977 band TWINS, that consisted of Bruce Ackley, Eugene Chadbourne, Henry Kaiser, and John Zorn. Featuring the usual instrumentation of two reeds and two guitars, it pre-dated they New York Downtown scene that was to follow. Ackley and Kaiser wanted to re-visit the original repertoire and approach of this quartet, but found it unlikely that the original members could be reunited for such a project. Grabbing their pals Fred Frith and Aram Shelton, they entered the studio to record pieces by the original Twins, as well as Fred and Aram. To reflect the first Twins interest in its ancestors, a gorgeous Steve Lacy piece was also recorded. This album definitely captures the spirits of fun, surprise, and youthful exploration, that was manifest in the original Twins. It's been quite a while since Kaiser and Frith and preformed and recorded together and this project is also a celebration and renewal of their musical partnership that began over 40 years ago, back in the days of the original Twins.

freejazzblog.org * * * * 1/2:
Now here is a record with a very interesting premise that is also very, very good. It harkens back to a formative time in creative music when Dr. Eugene Chadbourne moved from Calgary to New York City in 1977 in order to work in the artistic foundry of New York’s downtown scene, eventually befriending and working with John Zorn and later releasing Zorn’s first recordings as a leader on his Parachute label. According to Duck Baker’s notes, late in 1977 Zorn and Chadbourne traveled out to the bay area to play some gigs with Henry Kaiser and Bruce Ackley (Kaiser who had recorded with Chadbourne on his first Guitar Trios record and Ackley who Chadbourne had met at Aquarius Records in San Francisco), under the Twins moniker (a pair of guitars and a pair of saxes). Together they produced the first studio session led by Zorn which yielded recordings of his game pieces “Lacrosse”, which was released on Parachute, and “Curling” which was regrettably lost in the mail according to Baker. Citing differences in schedules and impractical logistics the quartet has never reformed in their original manifestation, but in the interest of re-exploring the catalogue and methodology of the original Twins lineup, Kaiser and Ackley recruited their colleagues Fred Frith (electric guitar and piano) and Aram Shelton (alto saxophone) to re-record select arrangements of the ‘77 squad in addition to logging a composition from each participant, a collective arrangement, and a nice rendition of the Steve Lacy piece “Bound”.

Chadbourne’s composition “The Shreeve” begins and ends with a playful figure presented in union by Ackley and Shelton between which a biting section of decidedly dynamic reeds/guitar interplay is sandwiched. The guitar playing is wild and smattered with effects which are applied with marvelous aestheticism. The variety that all four musicians produce in this brief inauguration only hints at what’s to come. The group’s reimagining of the Lacy’s “Bound” is next, and while the essence of the original composition remains, particularly within Ackley’s soprano playing, the group expands the piece into atmospheric jazz noir territory (for lack of a better descriptor). The guitars set up a moody and undulating foundation for the saxophones to abstract the original melodies over, which has the effect of making a very tasty Manhattan from the straight rye whiskey of Lacy’s original. The third track is Ackley’s arrangement “Emit Time”, in which the guitars and reeds cycle through various combinations to play short essays that are by turns melancholic and/or bristly. There’s lots of contrast and variation throughout the piece and it provides for an especially entertaining listen. The next track “Court Music” is penned by Kaiser and pits the probing, despondent saxophones of Ackley and Shelton with Kaiser’s sometimes-sparse-sometimes-explosive guitar heroics all over a flowing bed of Frith’s spare piano figures. What really strikes me here is how Kaiser’s abrupt flare-ups figure into the composition as a whole. Between these relatively brief bursts of intensity the piece induces a trance in the listener, but just as you are on the brink of zoning-out Kaiser erupts and snaps you back to. Shelton’s “This Reminds Me” is an exercise in elegant minimalism, the melody pulled outward and apart in so many different directions simultaneously, yet the underlying sentiment is retained throughout. It begins unassumingly and then expands in dynamics and intensity like the stellar evolution of a star before collapsing back in on itself.

In Frith’s piece “Long Story Short” the reeds play melodiously strands set against a din of guitar squall and/or decaying drone. The saxophones proceed though their harmonies as all around them explosions of scrape or vocoder shaped growl lurch into the mix, it’s over before your realize it. Next is the album’s centerpiece, a 20 minute rendering of John Zorn’s game piece “Curling”. The track begins with vibrato/glissando from reeds and guitar as Frith clanks around on his strings percussively sounding like a tiny horse on a metal table. Some attention is given to long quavering tones, and these give me the impression of heat shimmer conjuring the occasional aural mirage. This is followed by a sparser section of interplay, the quartet utilizing silence masterfully to rebuild the drama. Kaiser summons a swelling reverb-laden din pitted with reverse guitar phantoms whilst Frith adds flat staccato notes and strange, crooked, high pitch shapes with an occasional ultra-slow pick slide. The reeds are active and breathy, almost avian but with misshapen patterns. The quartet abruptly coalesces at the conclusion of the piece, offering a final whimper of smeared half-melody to close a very strange and intriguing piece. The group arrangement “Quads” is similar in its spare trappings but more dynamic, Frith and Kaiser again put on a clinic of wildly creative, stompbox lunacy. I can’t tell if Frith jumps on the organ here or if it’s a pedal effect, wither way it’s very effective and compliments the mile-a-minute playing that Kaiser, Ackley, and Shelton progress into. The final track is the Chadbourne piece “A Special Hell for Shreeves”, which is a thorough reprise of the theme and concepts from “The Shreeve”, finds the group fully fleshing out the possibilities of the arrangement for their final argument.

This is a terrific album that jumped out at me upon my perusal of the upcoming Relative Pitch releases mainly due to the personnel involved (eye-catching cover art notwithstanding). I’m a fan of Zorn’s Parachute releases so I was passingly familiar with the original Twins recording of “Lacrosse” and consequently the back story piqued my interest in this album that much more. For those interested, the original Twins recording of “Lacrosse” is the second disc in both the eponymous Zorn album as well as the Zorn box set The Parachute Years, 1977-1980. Both the album and box set are still easily obtained (I believe Amazon carries both) if you’re so inclined. But even if you don’t feel the need to dig any deeper, this is a fantastic album by four masters of creative music that is by turns musically unique, conceptually interesting, and very, very tasty.
By Nick Metzger 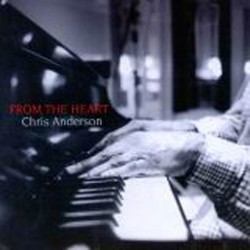 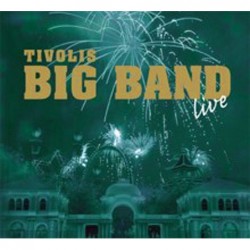 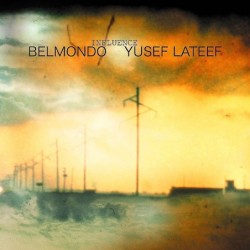