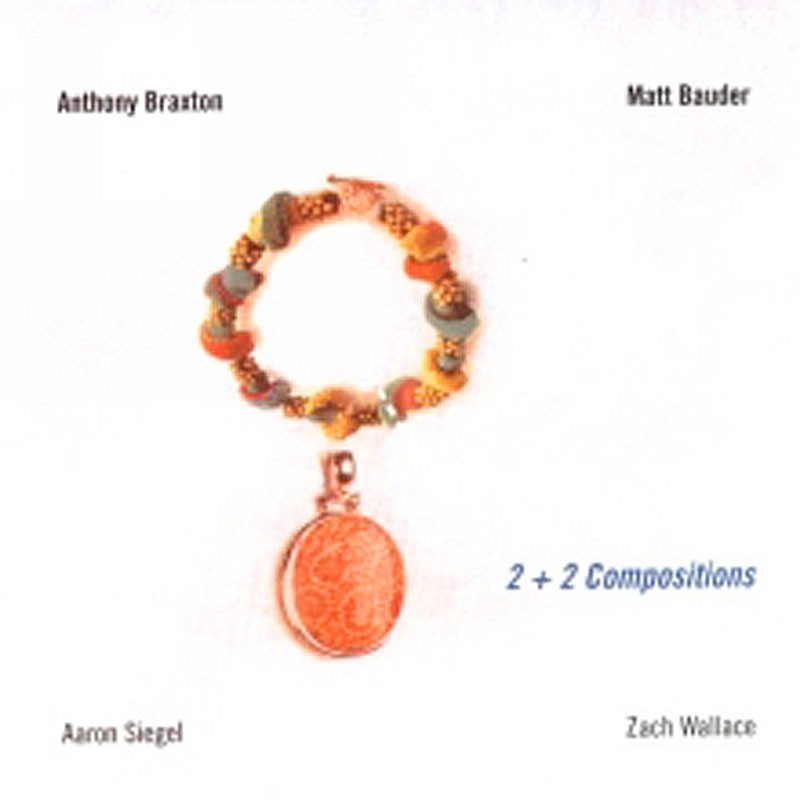 Editor's info:
Matt Bauder's critically-acclaimed recorded debut as a composer occurred right here. Anthony Braxton has of course had as much impact as anyone in modern (jazz) composition. So we are excited by the opportunity to present these two composers - and performers - side by side in a program realized at Wesleyan University in 2003.
"The multi-reedist/composer might very well be jazz's last bona fide genius," reads the All Music Guide's entry for Anthony Braxton. "The best of his work is on a level with any art music of the late 20th century, jazz or classical." Fellow multi-reedist/composer, and former Braxton student, Matt Bauder has been an active member of the Berlin, Chicago and New York scenes where he performed and recorded with a long list of today's most prominent improvisers. His 2003 debut, Weary Already of the Way, was a Top 10 of 2004 pick in Coda and led Cadence reviewer Michael Rosenstein to call him "a talent to keep an eye on."

2 + 2 Compositions unites the prolific Braxton with the members of the longstanding improv trio Memorize the Sky, as they perform two innovative graphic score-based pieces from each co-leader. Bauder's works are based on various classes of sound and the inspiration of Braxton and John Cage respectively, and Braxton's pieces come from his new Falling River Musics series, which in his words, "seeks to explore image logic construct 'paintings' as the score's extract music notation."


From the liner notes to the cd:

Braxton has done so many things over the course of his amazing career that it's difficult to ever say that he's doing something he has never done. It seems safe to say, however, that in the last few years, Braxton has been paying more attention to timbre and texture than ever before. This interpretation of recent trends in Braxton's work seems even more plausible when we consider his new Falling River Musics.

The Falling River Musics series includes both Braxton compositions - "324B" and "327C" - present here. Braxton writes, "Falling River Musics is the name of a new structural prototype class of compositions in my music system that will seek to explore image logic construct 'paintings' as the score's extract music notation." Falling River scores consist of large, colorful drawings (reminiscent of the titles of Braxton's earlier compositions) alongside much smaller writings.

These smaller writings are accompanied by an intentionally vague legend that begins near the top of the page with a quarter note. Subsequent drawings in the legend look less and less like musical notation, and they quickly become unrecognizable as such. Braxton refuses to assign any specific meanings to the notations of his Falling River scores, since part of their purpose is to allow each performer to find her own way through them. He explains, "I am particularly interested in this direction as a means to balance the demands of traditional notation interpretation and esoteric inter-targeting."

Matt Bauder, who composed the other two pieces on this disc, is a young reed player who has been active in the jazz and experimental music scenes in Chicago, New York and Berlin. Among his recent projects is Object 3, a duo with Jason Ajemian that featured contrabass and saxophone drones that were recorded live, then played back in overdubbed layers to create complex textures from simple materials.

Bauder's other major recent release was of course Weary Already of the Way. That disc featured his instrumental compositions and fine improvising by prominent members of the Chicago improv community, but its defining characteristic was its use of electronics, which often completely subsumed or transformed the instrumental playing.

"Scaffolding," was written with Wallace and Siegel in mind, the trio often performs together as Memorize the Sky. Here Bauder attempts to formalize some of that group's improvisation strategies to make their world more accessible to other performers who join them. In each of the four sections, a different player rests while the other three form a trio. Each musician then cycles through various classes of sound: "continuous resonant sounds," "non-resonant isolated impulses," and so on. The actual sounds used are determined by the players. According to Bauder, "The idea is that every improviser has their own sounds that fit into these categories, but the notation would dictate the distribution of these sounds to create a particular aesthetic."

"Dots" was named for its score, which begins with a series of dots on a page. The score also includes "a transparent sheet with straight lines in order to group the random dots into systems" of musical staves. The player then takes his own path through the score using improvisation. The piece was inspired in part by John Cage's "Atlas Eclipticalis", but, Bauder writes, "the idea of using an aleatoric system from the 'classical' tradition in a 'jazz' quartet context is a direct influence from and homage to Braxton."
4821034 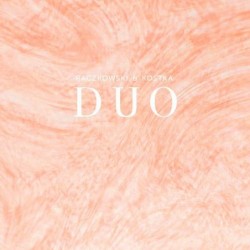 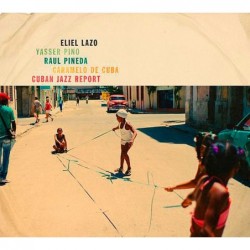 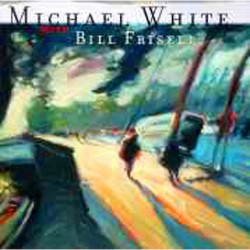