Editor's info:
The Danish jazz scene has blossomed over the last 10 - 15 years, and Danish jazz is experiencing a golden age in which local musicians have found their own pace after the animating days when resident American musicians inspired the native community with their great source of experience. This same period may be the cause of Denmark's reputation as a country where we play be-bop with few scarce excursions into newer expressions. But the years leading up to the millenium have seen a virtual explosion of new original talent spanning a broad spectre of modern styles.
Jonas Johansen's Move has a central position in new Danish jazz. Formed in 1992, Anders Christensen is the only non-founding member. Move features four experienced and seasoned musicians, each with his own personal style, unaffected by coincidental fads. Their uncompromising music has no difficulty standing on it's own. Listen to this cd's first track, Bolero, and discover how much room these musicians allow each other while building a translucent sculpture of sound, a daring structure of space and voids. This a collective, and an important part of their activity consists of listening to each other while creatng a mutual fire around which they warm themselves, kindling the flames.
Fredrik Lundin is one of the great storytellers in Danish jazz. A personal, wholesome and yet sensitive voice focused on the melody and the story. To me, Ben Besiakov represents the ultimate jazz musician in every aspect, for good and for bad. His is a great musical talent - and one of my personal favorites, with a natural approach to his instrument always reminding me of Errol Garner, although his background is altogether different. Anders Christensen is his generation's foremost bassist. His ideal differs from most other Danish bassists, his sound is dry, short, full of wood and to the point, like the best American bassists. He has teamed with a.o. drummer Paul Motian. The bandleader, drummer Jonas Johansen, has been one of Denmark's leading drummers for 15 years. Always loyally supportive, he doesn't shy away from exploding when the situation calls for it. Distorted, crooked angles don't scare him, but they are always approached with exquisite taste. He is also a member of Niels Henning Řrsted Pedersen's trio.
Four established musicians willing to visit uncharted land where each is deeply dependent on the others. At times touching and strange moods, other times balancing on the knife's edge. Serious business and playful games. The music radiates their joy in playing.
Up is the group's third cd, recorded after a week-long engagement in Madrid in July 2003.
As for the tunes, I will let Jonas Johansen take over,
"In Bolero, I play a bolero groove, but the guys bent it into a reggae vibe. The tune is about my love of the fantastic South American moods. We follow the Ornette Coleman-like theme of Flip The Coin with some 'in-time' free improvisation. Haze is a ballad with improvisation in between the theme presentations, and Love is a soul-inspired tune, built around the bass figure. Wayne's World is a tribute to Wayne Shorter's musical universe, again with free improvisation after the theme presentation. Gigi is another ballad, and a love song for my woman. Tak is structured on a 15/8 groove ( a fast 5 followed by a slow 5 = 3 X 5). It's a big city groove tune, in gratitude of being alive. These Are But Subtle Changes In The Current is a melodic jazz tune in 5/4. Headhunt is an improvisation on the groove to a tune of mine, "Good Day New Life"from the Please Move cd. AC had just returned from London with a bump on the head. Anthem, Anders Christensen's first contribution to Move's repertoire, closes the cd. It is inspired by Radio Head, at the same time murky and bright
STUCD03152 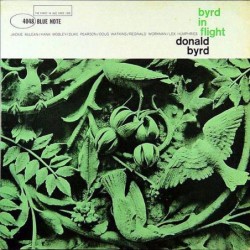 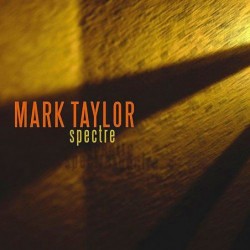