Pullen peppers "KaDiJi," one of the bonus works on the CD, with his signature circular phrases. Edgy dissonance and dulcet spirituality coexist as the tightly woven harmonic lines flow towards the ringing, sonorous climax. The influences of Gospel music and other African American popular genres are apparent on most of the record. The alternate take of his classic "Big Alice" (in its first incarnation), has a strong churchy sense as uplifting refrains construct the main theme. His pianism is reminiscent of an organist's handling of a keyboard, another instrument at which he excelled. His resonant lift left handed chords echo against the reverberating right ones as he demonstrates his elegant virtuosity. The first version of the same composition has a looser, funkier swing with thicker more sensuous vamps. As a testament to his ingenuity Pullen endows each rendition with a different mood with only subtle changes in cadence and melodic structure.

Elsewhere he completely embraces unfettered spontaneity. For instance Pullen opens the delightfully atonal and stimulatingly discordant "Song Played Backwards" with a furious bang. He lets loose his characteristic sonic swirls in a passionate and fiery extemporization. Hypnotic vamps that bisect the tune lead to the more contemplative yet no less intriguing second half.

Pullen showcases his sophisticated lyricism on the title track dedicated to his friend the pianist Muhal Richard Abrams. The eloquent tribute balances his breathtaking agility with a raw, bluesy feel and a haunting, pensive poetry. Nocturnesque ambience envelopes the concluding bars.

The centerpiece of this exciting and uniformly exquisite disc is "Suite (Sweet) Malcolm (Part 1: Memories And Gunshots)." Single, chiming keys toll like church bells piercing the silence. Slowly the individual notes coalesce into an elegiac melody of ethereal beauty. A solemnity, punctuated by dense, percussive tones, permeates the piece that slowly gives way to ardent and angry outbursts of angular and dramatic crescendos. The irate, pounding, cascade melts into quiet melancholy.

Richard's Tune makes it apparent that Pullen burst on the jazz scene as a provocative musician with a sui generis voice. Even after four decades this freshman album is engaging in its originality and challenging in its inventiveness. In short it is the beginning of a remarkable career that, alas, remains underappreciated.
author: HRAYR ATTARIAN
Sackville3008

Memories Are My Only Witness 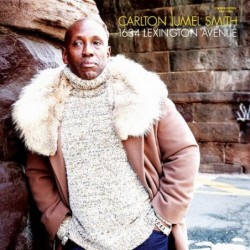 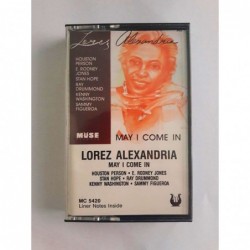 May I Come In [Music Cassette]