opis:
Editor's info:
The Brotherhood ranks among the more neglected major groups in jazz history." - Jazziz
"Some of the most exciting sounds to be heard in busy London in the early 1970s..." - Downbeat

"...a big band as sophisticated as Duke Ellington's, but as riotous as a New Orleans street parade." - Launch

Most folks reading this know the story of Chris McGregor and his magnificent, fun and wild big band, The Brotherhood Of Breath, comprised of fellow South African exiles as well as the cream of the early/mid 70s British jazz scene. During their heyday, they were only able to release three studio albums and all were out of print within a few years and despite the huge acclaim they received during from the period of about 1971-1975, Chris and the Brotherhood were basically forgotten by the time of Chris' death in 1990.

Luckily, the band performed many, many concerts and a good number of these concerts were recorded. With the release of our first archival album by Chris and the Brotherhood, huge acclaim for our releases and even better, notice for the band, began to happen and they are now rightly recognized as one of the major bands annd figures of Brit-jazz in the 1970s.
This release, Bremen to Bridgewater, contains two CDs of previously unreleased live recordings made in Germany and England during two very different periods of the band’s career. The German radio recordings were made on June 20th, 1971 at Lila Uele, a well known jazz club in Bremen. The English recordings were made at the Bridgewater Arts Center, during two tours that the band made with different lineups in February and November of 1975, and feature some of the very last recordings of trumpeter Mongezi Feza, who died in December of that year. The band’s lineups on these recordings are a veritable who's who of British free jazz, and include Harry Beckett, Marc Charig, Elton Dean, Nick Evans, Harry Miller, Louis Moholo, Mike Osborne, Evan Parker, Dudu Pukwana, Alan Skidmore, Gary Windo and others. In addition to the stunning music, this CD features a 12 page booklet with rare and beautiful photos and detailed liner notes by Francesco Martinelli. 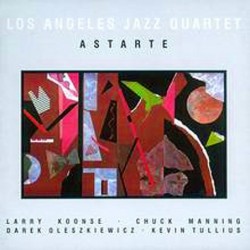